Once the Roman armies had conquered lands from England through Europe and lands surrounding the Mediterranean Sea, the Ancient Roman rulers could begin to direct their attention to matters other than war. Grapes grew wild and could make rough wine. Now that the Romans had access to more fertile lands in Sicily, North Africa, Spain, and France they could look to grape production in a big way. 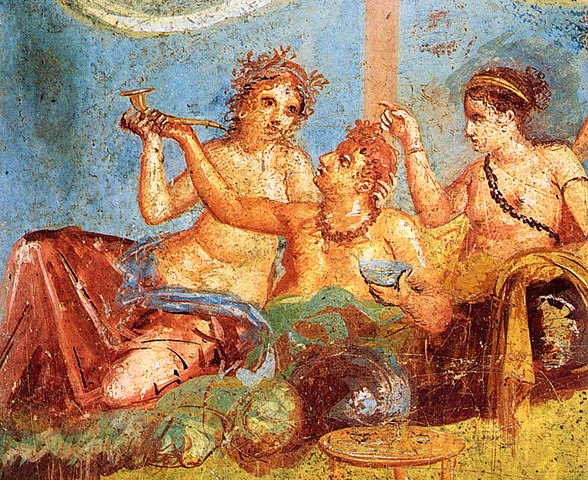 By 200 BC, wine production was greater in Italy than anywhere in the known world. Roman Emperors and the elite had scores of slaves to put to work tending vineyards and making wine not only for the consumption of the Romans, but enough to export by ship to various countries. Roman wine was prized throughout the Roman Empire and beyond.

Farmers who had been growing grain crops and vegetables began to cultivate vineyards. There were so many vineyards and not enough farms growing needed food that, in 92 AD, Emperor Domitian had many vineyards destroyed and banned the planting of new vines.

For the most part, and for shipping as an export, the Romans used a clay jug that had a long neck and a spout called amphorae. The inside of the amphorae was coated with resin to make the inside waterproof, but the resin also changed the taste of the wine.

The grapes were gathered and placed in huge wooden vats where slave workers would stomp the grapes. Later the Romans used a grape press called a Torculum to extract the juice. They used cooking pots to boil the juice and found the taste of the wine could be altered according to what the pot was made of – lead, iron, or copper. 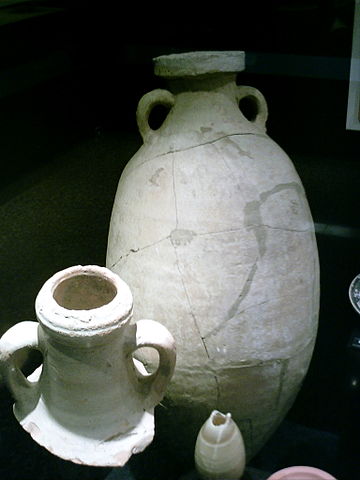 Once the juices were extracted from the grapes and strained, the juice was boiled sometimes adding honey, spices, and/or salt water poured into amphorae to sit for days or months to ferment. Vintage wine was allowed to ferment for 20 to 25 years.

Some amphorae were suspended in water, some buried in sand, some buried in straw, and some buried in dirt. The way the wine was fermented and the length of time allowed for the fermenting changed the taste of the finished wine. Some of the wine produced was so potent that it had to have water added to it so that someone could drink it.

There was a rumour that a drinker could go blind or go insane if he drank undiluted wine. It could be a rumour or it could be the truth – we will never know. The Drink of the Masses

Whether you were rich or poor, wine was the drink of choice. The only difference was the quality of the wine; the rich drank superior wine and the poor drank diluted rough wine that wasn’t suitable for export. Distillation hadn’t yet been invented so whiskey and brandy was not available. Neither was tea and coffee. Grape juice would quickly turn to wine because nothing could be refrigerated. This became the drink of the masses.