Trajan was born on September 18, 53 AD in a Roman province of Hispania (Spain). His father was a soldier who had been the governor of Baetica in Spain and Syria, as well as a consul and a Senator. He was named governor of Upper Germany by Emperor Nerva.

Marcus Ulpius Traianus, commonly known as Trajan, was the Roman Emperor from 98 to 117 AD. He became Emperor Trajan because he was adopted by Emperor Nerva who had no children and was failing in health.

Trajan was the first emperor to be born outside of Italy. 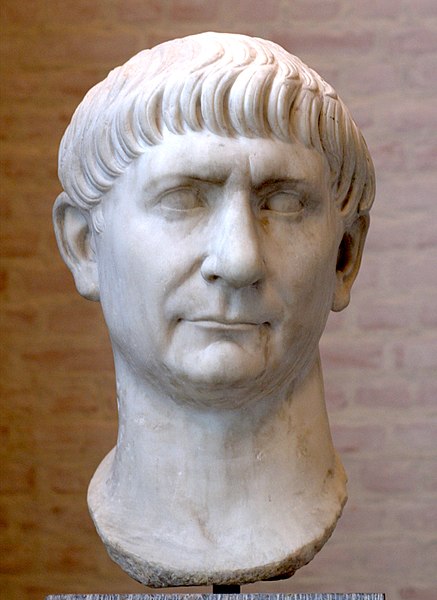 Before returning to Rome as Emperor, Trajan spent some time in the land of the Dacians and other frontiers to ensure they were still loyal to Rome.

In 99 AD, Trajan entered Rome on foot and spent considerable time talking to Senators and the citizens of the upper and lower classes.

Trajan’s rule was marked by improving the roads, financing the construction of aqueducts, constructing public bath houses, building new bridges, as well as improving and expanding the Port of Ostia a few miles west of the city of Rome.

The Port of Ostia was a major harbour and commercial centre during all the years of the Roman Empire. It is just a few miles west of Rome at the mouth of the Tiber River.

In its heyday, the warehouses held all sorts of exotic goods ready to be distributed throughout the Roman Empire and to other countries.

Ostia was also the headquarters for salt collection from the nearby flats. This commodity would be shipped to other parts of the world and was very valuable because it was used for preserving meat in countries that had no other way of doing so.

There were docks, warehouses, apartments, huge villas, shopping plazas and Roman baths – and all this was attributed to Trajan’s intelligence and forward thinking.

Whatever Trajan did, he did for the benefit of the people. He was a sympathetic ruler and even arranged for children of the poor to have food and lodging.

Trajan recalled those who had been exiled and freeing prisoners. 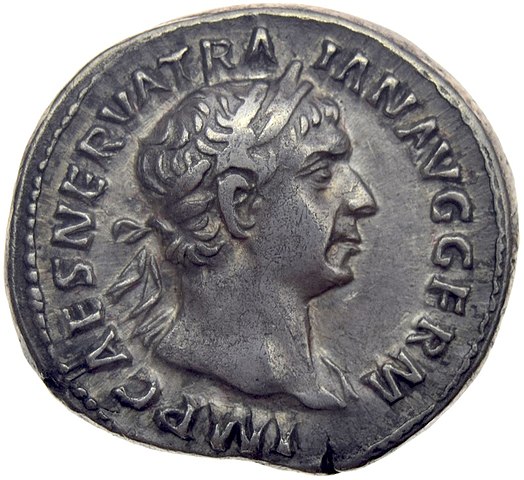 He was a successful and powerful general and led three campaigns against the tribes called the Dacians to the east and north of the Roman held territories.

The Dacians occupied the area that is known today as Romania, Moldova, and some parts of Bulgaria, Servia, Hungary, Poland, Slovakia, and the Ukraine.

The area at the time of the Roman invasion in 106 AD was bordered by the Black Sea to the east, and the Danube River to the south. The capital of the Dacian Kingdom was Sarmizegetusa, located in modern Romania.

The Dacian Kingdom became a Roman province and Trajan is credited with the Roman Empire encompassing a greater territory than ever before.

Trajan was a just ruler and was equally concerned about good government and the welfare of the citizens.

He spent much of his time undoing the harm that his predecessors had inflicted on the people of Rome. 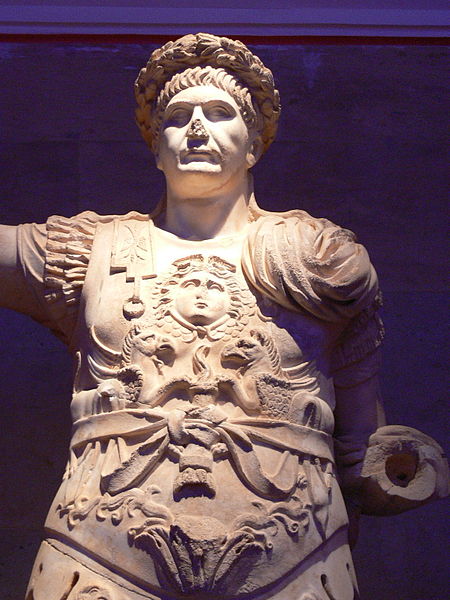