As with the Roman Games, the ancient Romans occasionally spared time from their hard work founding a civilization to enjoy leisure time as well. One of the most common pastimes in ancient Rome were sports.

Sports that the Romans engaged in included swimming and various forms of sparring or exercise. There was a largely popular arena for recreation called the Campus Martius. This area was something of a giant playground for young people of Rome to spend their time together. 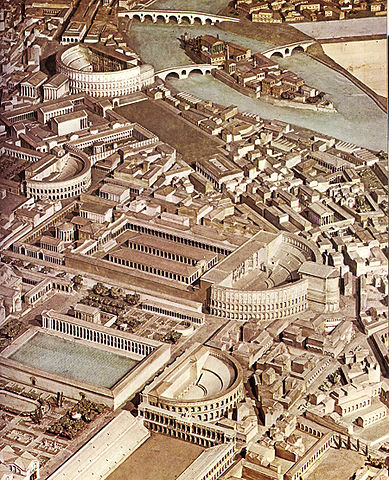 Many different sporting activities that Romans engaged in at the Campus Martius included wrestling, racing, boxing, and javelin. However, these activities were limited in participation to only boys and young men. Women and girls did not participate.

One particular popular pastime was swimming, which was done in the Tiber River, which ran alongside the Campus Martius. In addition to the river, many bath houses included swimming pools, which were commonly used for recreational swimming instead of just bathing. Unlike the other kinds of sports, it was slightly more likely that women and girls would be able to learn to swim and participate in some recreational swimming at the bath houses, but likely not at Campus Martius, which would have been all-boys.

Another sport commonly engaged in at that time was horseback riding. It was highly expected of all Roman civilians to be good horseback riders, so it was taught and practiced from a very young age.

The Roman bath houses typically had central fields that were open for various sports, including wrestling, boxing, and sparring, or play-fighting. These activities were great for helping build overall fitness and athleticism.

One of the oldest known sports of ancient Rome was hunting. Wealthy Romans would have the resources to go on long hunts with the men in their families, and young boys would be allowed to attend from a young age, in order to learn.

One of the things that was practiced in hunting was marksmanship, in which young boys would learn how to aim and accurately shoot an arrow from a bow, allowing for clean kills during hunting trips but also practice for any marksmanship competitions.

Interestingly, ancient Rome had many sporting events that are very similar to modern sports that we have today. For instance, there were several different team sports that they engaged in that included the use of a ball.

Some of the ball-based team sports in ancient Rome included soccer, handball, catch, football, and possibly a form of dodge ball. There is also some evidence of women and girls joining in on the fun in these activities. 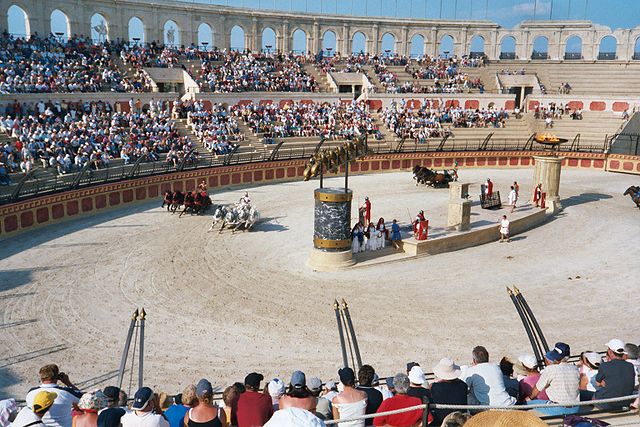 Some of the more mild sports that Romans engaged in include running and fishing. These are similar to the other sports that they participated in, due to the high level of athleticism required for running and the hunting nature of fishing.

However, running can be a solitary activity, meaning that it is not always competitive, and fishing is much more relaxing and quiet than other sports.

In general, there were a great many different sporting activities that the Romans could choose from, and they seemed to very much enjoy their leisure time.