Spartacus was a freedman born in Thrace, what is today Greece. It is thought that he was originally a Roman soldier who escaped and was hunted as a deserter. He was caught and sold as a slave and was sent to a training school in Capua to train to be a gladiator.

In 73 BC, he and 70 or 80 fellow gladiators escaped to Mount Vesuvius. Other slaves and escapees followed, and eventually Spartacus had a band of rebels totalling 90,000 to 120,000 – a virtual army. They roamed and controlled most of southern Italy. 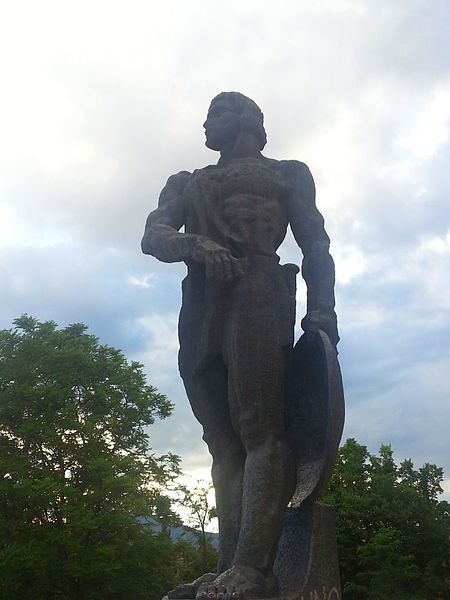 Uprisings of slaves were not a new occurrence in Rome and in the provinces of the Roman Empire. It happened frequently because slaves were treated horribly.

They were beaten, starved of food, forced to do labour while being whipped and trampled on by soldiers on horses, and even sent to the coliseum to fight wild animals barehanded.

One such revolt happened in Sicily in 135 BC. Slaves numbering 70,000 took up arms to fight their guards and were successful until they were crushed two years later by Roman soldiers. A second uprising of slaves on the island of Sicily happened in 104 BC. The battle to subdue the rebels took 4 years.

This new slave revolt led by Spartacus threatened to destroy the entire city of Rome where the great majority of its citizens were slaves. Given a chance, these Roman slaves would join Spartacus and the revolt.

Spartacus and his rag-tag army of slaves were not taken seriously by the leaders and generals in Rome.

In 72 BC, Rome sent an inferior army battalion to destroy the slave army, but Spartacus’ army defeated them in a series of battles. Spartacus had destroyed a number of Roman legions.

Spartacus led his army of slaves and gladiators north in the hopes of crossing the Alps and escaping out of Italy.

Once across the Alps, Spartacus wanted to dismantle his army and send his soldiers to their various home countries to be safe from the hands of Roman soldiers. 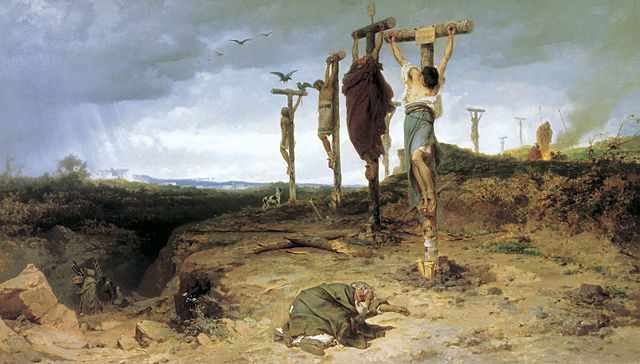 A co-commander of Spartacus’ army decided to take 30,000 of the slave-soldiers and attack Rome, where he thought the vast number of slaves in the city would willingly join him.

He marched his men south, raiding and killing until they were met by Roman soldiers and finally killed themselves.

Spartacus won three more battles against the Roman troops. Then for some unknown reason – it may be that his men did not want to leave Italy – Spartacus turned his army south, instead of crossing the Alps.

This sent Rome and the ruling class into a panic.

The End of a 2-Year Revolt

Spartacus led his army south and was going to lead his men across to Sicily. However, a new Roman commander named Crassus was sent by Emperor Pompey to lead eight legions against the army of Spartacus.

Over a series of battles, the Roman soldiers defeated the slave army and Spartacus was killed. His body was never found.

Crassus captured 6,000 slave-soldiers who had survived a battle with Roman soldiers. They were crucified and displayed along the road from Capua to Rome, which is today called the Appian Way.

This terrifying treatment of slaves was used as a warning to other slaves who were thinking of escaping or revolting. 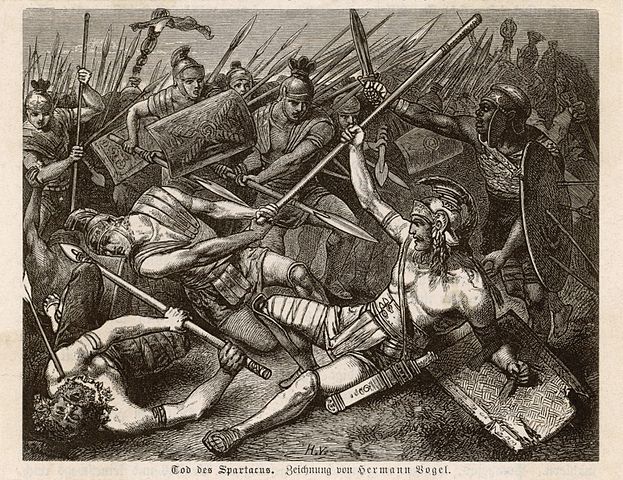