The inhabitants of the countryside were mostly farmers. It was a hard life for the entire family and they were very poor.

They did not, for the most part, own the land, but had to pay a portion of their crops to the landlord, who was a designate of the Roman government.

These landlords were usually rich Romans who had estates in Rome and villas in the country. For larger farms, slaves worked the fields.

Some country people had certain skills and they were put to work in the towns as carpenters, blacksmiths, bakers, stable and inn keepers.

The children did not receive schooling as it was expensive and a child would have to be a member of the upper class. Instead, they worked alongside their parents.

To feed the people in the cities and towns and the troops throughout the Roman Empire, wheat and other grains were needed to make the bread.

Thousands of tons of it were shipped from England, Egypt, North Africa, Sicily, Libya, Tunisia, Algeria, and Morocco.

Roman aqueducts were used to irrigate the farms. If water was not readily available either from rivers, streams, lakes, and if aqueducts were too far away, the ancient Romans built reservoirs to flood thousands of acres and dams using a special recipe of cement that was waterproof.

Important farmers owned mills to mill the grain and used waterwheels to turn the grindstones.

Their tools were made from wood and iron and included hoes, rakes, spades, sickles, and an early type of plough pulled by oxen.

If a farmer were lucky, he could sell some of his produce at the local market on market day. There he could sell whatever was not needed by his family – perhaps eggs, chickens, pigs, fruit, dates, honey, and the occasional cow or calf.

Whatever the farmers grew was shipped by boat or by roads to the large cities. Two of the major crops were grapes and olives in the warmer, Mediterranean climates, like Spain and North Africa.

In other parts of the Empire, especially Egypt, grains were the main crop. 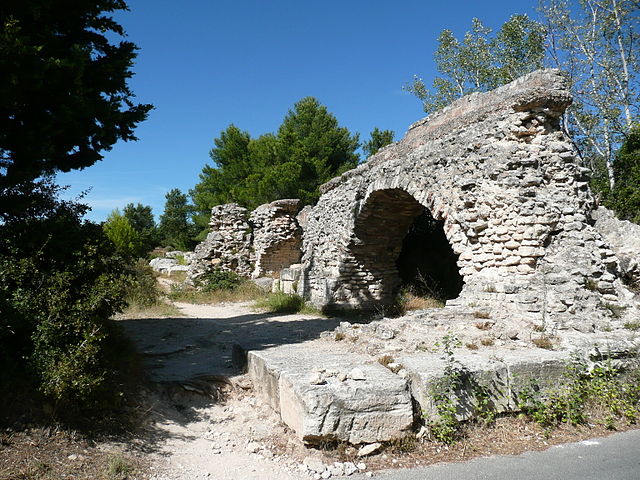 Usually farm houses were crude huts with thatched roofs. There would be two rooms – one for sleeping and the other for cooking.

Often there would be an extension built onto the hut for animals to be kept safe at night.

If a farmer were better off financially, there would be a separate building to be used as a kitchen and to store foods, another for a workshop to repair tools, and perhaps a bath house.

Roman legions were sent throughout the Roman Empire to watch over the conquered people and to uphold the law of Rome. These legions were housed in forts and slaves were used to look after their comforts.

When a soldier retired from the army, he was given a piece of land to own and work as he saw fit. Slaves were also part of the “retirement package” as well as a pension. 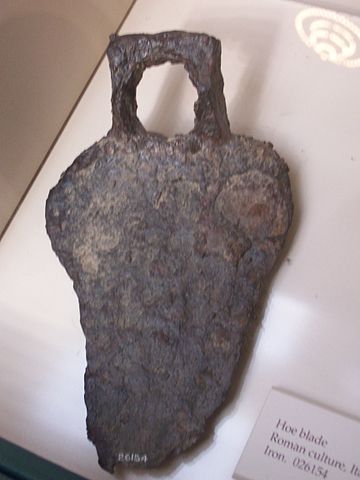