Like any society at any point in history, the architecture of Ancient Roman homes depended on the wealth and status of the family. Homes of the Poor

In cities, poor families lived in poorly constructed and badly insulated apartments called insulae. Sometimes there were more than one family to an apartment. These apartments were three to five stories high with the smallest apartments near the top.

The bottom floor apartments were generally open to the streets and housed various shops. Water was not available, nor ways to eliminate sewage. Sewage was just thrown out into the streets, which meant the communities quickly became slums.

There were public toilets available in the city square and running water could be obtained from the central fountain. It was common for insulae to collapse or to be subject to fires because cooking was done over open braziers.

The poor in outlying areas and farms were most often primitive huts with thatched roofs. Water was available from streams and rivers but certainly not in the huts. If extremely lucky, the farmers would have water available from aqueducts that brought water to the farms so that the crops could be irrigated. 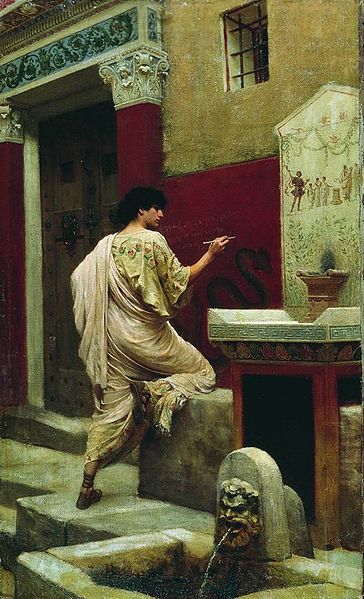 Homes of the Wealthy

What the home of a wealthy family looked like depended on how wealthy and how powerful the man of the family was. It stands to reason that the homes of people in government would be more elaborate than people of lower status and the estates of the mighty would be like palaces.

Essentially, most houses of the elite were built the same and had similar features. These homes were called domus. They were built of stone, plaster, brick, and marble and had tiled roofs.

A domus had an entryway leading to the main part of the house. This entryway was called the atrium, which was usually without a roof. All the rooms in the house were off the atrium. The atrium led to the back of the house to a room used by the man of the house as an office and then led to an open garden enclosed by a wall.

Depending on the wealth of the family, there could be a grand entrance hall before the atrium. The dining room would be the most decorated room in the house. It was used as a lounge and to entertain guests and needed to be very impressive. Marble statues and columns, mosaic floors and walls were displayed.

Other rooms off the atrium were the bedrooms, the kitchen, store rooms, and servant quarters. Some of the wealthier family homes had water piped in from the aqueduct and were also connected to the city’s sewer system. If water was piped in, the home would also feature its own communal bath.

The homes of the super rich were called villas. Most often, the owner would have a villa in the city and a villa in the country. The more elaborate the villa and villas, the greater the wealth of the family. Usually country villas were used to escape the heat in the summers.

The entire family including the slave servants would move together. At times, slaves were sent on ahead with a supervisor to make the villa ready for the family. No expense was spared to make sure the family was comfortable and had all the conveniences of their city villa.