The Ancient Roman citizens were only allowed to wear one kind of clothing called a toga. This was to promote peaceful co-existence. This was to distinguish citizens from soldiers. Plebes were the people of the working class, freedmen, and slaves. They could be distinguished by what they wore.

Likewise, people in the government, senators, consuls, high officials, magistrates, and the upper class could be identified by what they wore in public. Certain coloured strips on the toga also declared the title of the wearer.

Men in ancient Rome regardless of status wore two garments: a tunica worn as an undergarment that was knee-length and made of wool with short sleeves; and a toga that was long with long sleeves. Generally the tunica was worn in the comfort of their homes and not out in public.

The material used for garments of upper class men was white wool or expensive linen. The poor wore garments made of whatever material was available and cheap.

Senators and magistrates wore a toga with a wide purple border. A toga that was dark in colour was worn to signify mourning. A Roman general during a parade would wear a special purple toga that was embroidered with gold thread. Julius Caesar and successive emperors wore the same purple toga during special occasions. 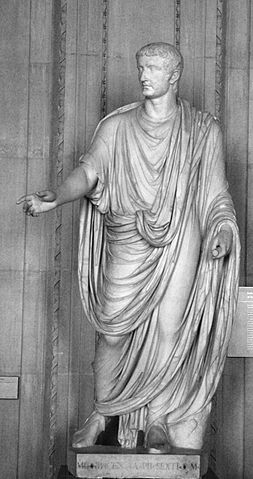 Ancient Roman women wore a tunica similar to the men’s garment only longer. There were two designs: one sleeveless dress made from two rectangles of cloth sewn together at the sides, with the top leaving spaces not sewn for the arms and for it to slip over the head. The other design was wider to allow for the dress to cover the arms, to be belted either under the breasts or at the waist.

There were a variety of colours and the material was according to the wealth of the family. Wealthy women wore garments made of linen or silk.

Married women had to wear a loose sleeveless toga and a long shawl was worn over the toga when women were out in public. A woman’s status was also indicated by her make-up, her jewellery, her hairstyle, and her perfume.

Rich women had slaves especially trained to help them dress, arrange their hair, and apply their make-up. Poorer women, of course, did not wear make-up or jewellery, and wore their hair usually tied at the back of the head.

Boys and girls wore a knee-length tunic with a cloak if the weather was cold. A boy from a wealthy family would wear a toga with a purple border when out in public. Girls would wear a woollen belt around the waist. All children were given a charm called a bulla when they were a few days old. This was to be worn around their neck.

The Ancient Roman rules for footwear were not strict. There were two kinds of footwear: a sandal strapped to the foot and a shoe that covered the entire foot. They came in many colours and were made from different materials. Leather was the most common material used and could be dyed to match the status of the wearer. Red was especially favoured by the rich and powerful. 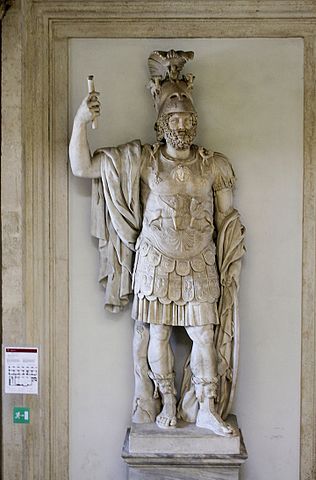