In ancient Rome, every different section of the major civilization contained a public bath house. The purpose of these baths was to, of course, bathe and clean oneself, but also to socialize with the others. 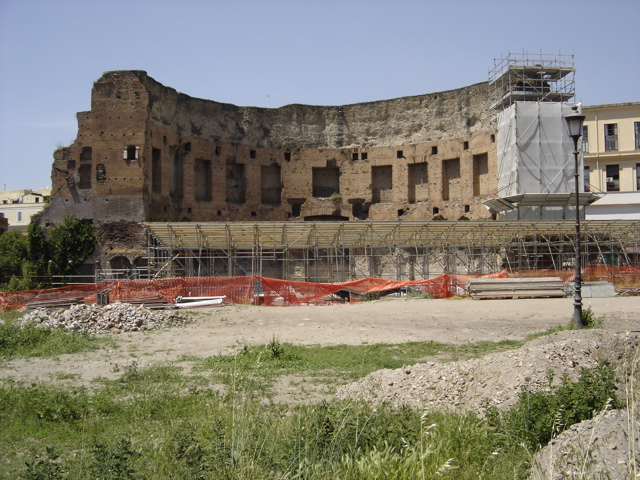 The public baths in Rome were similar to modern day community recreation centers organized by local governments: people could come to get their daily exercise, destress and relax, and meet or mingle with other people.

The use of these baths for personal cleanliness was very unique for that day and age, as many old cities did not have the resources for people to be able to wash themselves on a daily basis like most of the world does today.

However, in ancient Rome, it was desired to bathe and clean themselves as frequently as every day, especially for those that lived in the heart of the city or very close to one of the bath houses. Instead of soap, the Romans would rub themselves with oils and use metal scrapers to remove the oil and dirt from their skin. This metal scraping tool was called a strigil.

The secondary purpose of the Roman public bath houses was for socialization. Just like today, friends in ancient Rome would make plans to meet up to share meals together, and oftentimes they would choose the bath houses as their meeting location.

Sometimes, even business or political meetings would be discussed at the baths. 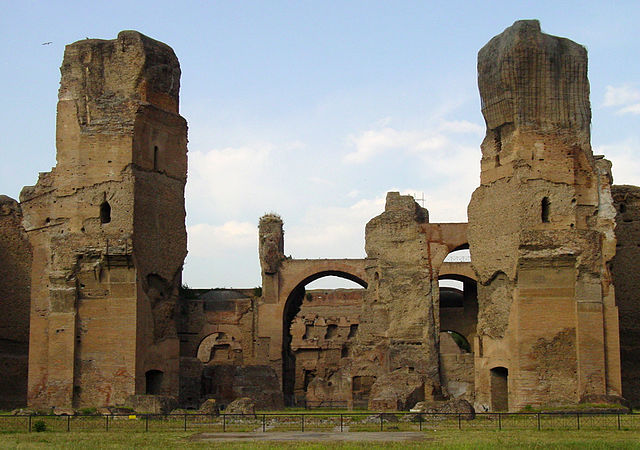 There was a small fee that Romans had to pay in order to attend the public baths. However, it was usually a very small fee, so that even the poor people of Rome would be able to go, and sometimes the government would pay for the bath houses themselves so that it would be free.

Typically, there were several different rooms to each bath house. The first was a changing room that Romans would use to disrobe before entering the main bath area. The next was a room for warm baths, was usually in the center of the building and served as a good socializing area.

After the warm bath area, there would be another room with very hot baths, used for steaming. Finally, there was also a cold bath room, which was very much appreciated on hot days, especially for farmers or others who worked in labor and outside.

Sometimes there was also an exercise room in the bath house, where Romans could play games and practice weightlifting. Even rarer was the occasional private bath that someone very wealthy could build into their own home.

One of the most fascinating things about the ancient Roman civilization was the incredible invention of aqueducts, which carried fresh water from nearby sources such as lakes or rivers and brought it in to the city for public use.

It was these aqueducts that gave the bath houses their water. They also helped create some of the earliest running water and sewage removal systems, which was very advanced for that time.

The floors of these bath houses would be heated with a central heating system in the floor, much like what was used to dry the wheat after harvest.