The Ancient Greeks were extremely interested in learning about the world around them. Philosophers developed theories about astronomy, mathematics, biology, geography, and much more.

The discoveries and inventions of the Ancient Greeks laid the foundation for modern science and technology.

The Ancient Greeks studied the moon, the stars, and the planets. Aristotle was the first to say that the Earth was a round globe.

The Ancient Greeks theorized that the Earth travels around the Sun. This idea was so ahead of its time that most people thought it was ridiculous and even offensive.

They estimated the circumference of the Earth. Their estimate was even fairly accurate. 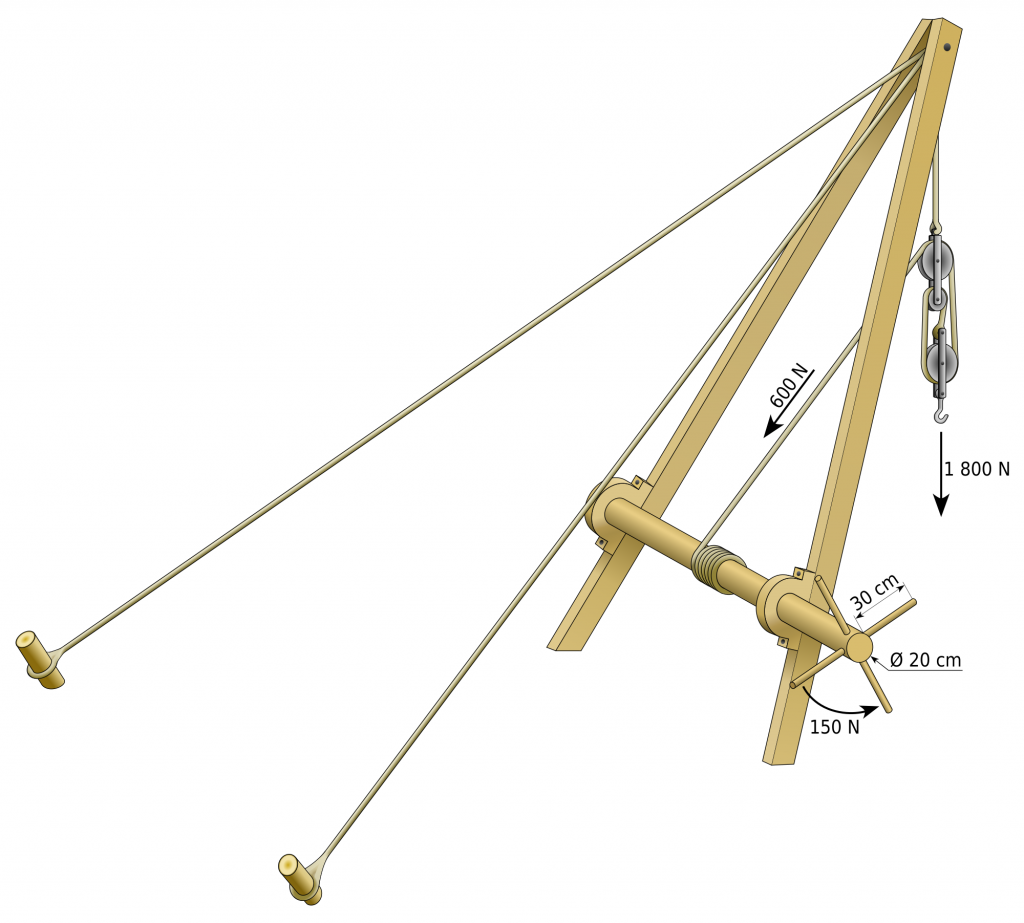 The Ancient Greeks also created a device to calculate the movement of the planets, which some people consider the first computer.

Although the Greeks weren’t the only ancient civilization to practice geometry, they made perhaps the biggest contributions to the field.

Thales, who is known as the Father of Geometry, set up many mathematical rules based on reasoning. These were called mathematical truths. They included theories about circles, triangles, lines, and angles.

Pythagoras discovered the Pythagorean Theorem. It is still taught in schools today and used to calculate the sides of a right triangle.

Thales and Pythagoras were important, but the most famous Ancient Greek mathematician is probably Euclid. Euclid wrote multiple textbooks about geometry called Elements.

Euclid’s books were the standard geometry textbooks for 2000 years and are considered some of the most successful textbooks in history.

Aristotle studied animals and wrote a book called History of Animals. He classified animals based on their different characteristics. Other Ancient Greeks later used his ideas to classify plants.

Aristotle and other Ancient Greeks dissected animals and studied their bones and membranes. They learned about the structure and function of their anatomies.

The Ancient Greeks also developed many ideas about natural selection and adaptation.

For example, Anaximander believed that sea life was the first life on Earth and that changes happened to animals when they moved to dry land.

The study and practice of making maps is called cartography. Anaximander was one of the first people to create a map of the world.

His map reflected all the places that were known to Ancient Greeks at the time. The map was made on a tablet and was a fantastic achievement of the time period.

In ancient times, people believed that illnesses were punishments from the gods. For this reason, illnesses weren’t usually treated. And if they were treated, they weren’t treated well.

The Ancient Greek Hippocrates changed everything. He collected data and conducted experiments. He discovered that disease is a natural process and he is known as the Father of Western Medicine.

Hippocrates and others found ways to treat and cure some diseases. Hippocrates also made the Hippocratic Oath, which created ethical standards for doctors like patient-doctor confidentiality.

The Ancient Greeks didn’t only come up with interesting (and often accurate) theories. They also created practical inventions like:

Alarm clock– Plato woke up for his early morning lectures using a water clock that would trigger an organ sound at a certain time. Ctesibius had an alarm system that would drop pebbles on a gong or make a trumpet sound at a pre-set time.

Water mill– The Greeks invented the water mill, a water-powered mill that grinds grain. It was used to produce rice, cereals, flour, and more.

Archimedes’ Screw– Archimedes invented a device used to collect water and move it up a hill.

Columns– The Greeks used columns to support buildings. We still use Doric, Ionian, and Corinthian columns to hold up roofs and decorate buildings today.

Odometer– We use odometers today, but the Ancient Greeks had a mechanical version that measured land distance using a wheel and cogs.

Other Interesting Facts About Ancient Greek Science and Technology

Did you know the word “mathematics” derives from the Greek word “mathema,” which means “subject of instruction?” The word “biology” also comes from Greek words: “bios,” meaning “life” and “logia,” meaning “study of.”

One of the world’s first famous female mathematicians was the Ancient Greek Hypatia. She was in charge of the Greek mathematics school in Alexandria.

The Ancient Greeks also figured out how a pulley and levers work.

They established public works that helped boost the economy and create a better life for citizens.

Other Ancient Greek inventions that may not fall into the category of “science and technology” include democracy, theatre, human sculpture, stadiums, and the Olympics.