The Peloponnesian War was a war between the two most powerful Greek city-states, Athens and Sparta. The war lasted from 431 to 404 BC.

Sparta eventually won the war, but both city-states were weakened by all the fighting. Sparta and Athens never regained the military strength and power they once had.

Athens and Sparta both had many allies. In fact, their alliances were so big that almost every Greek city-state was allied with either Athens or Sparta.

For this reason, the Peloponnesian War was a huge military conflict that involved almost all of Ancient Greece. 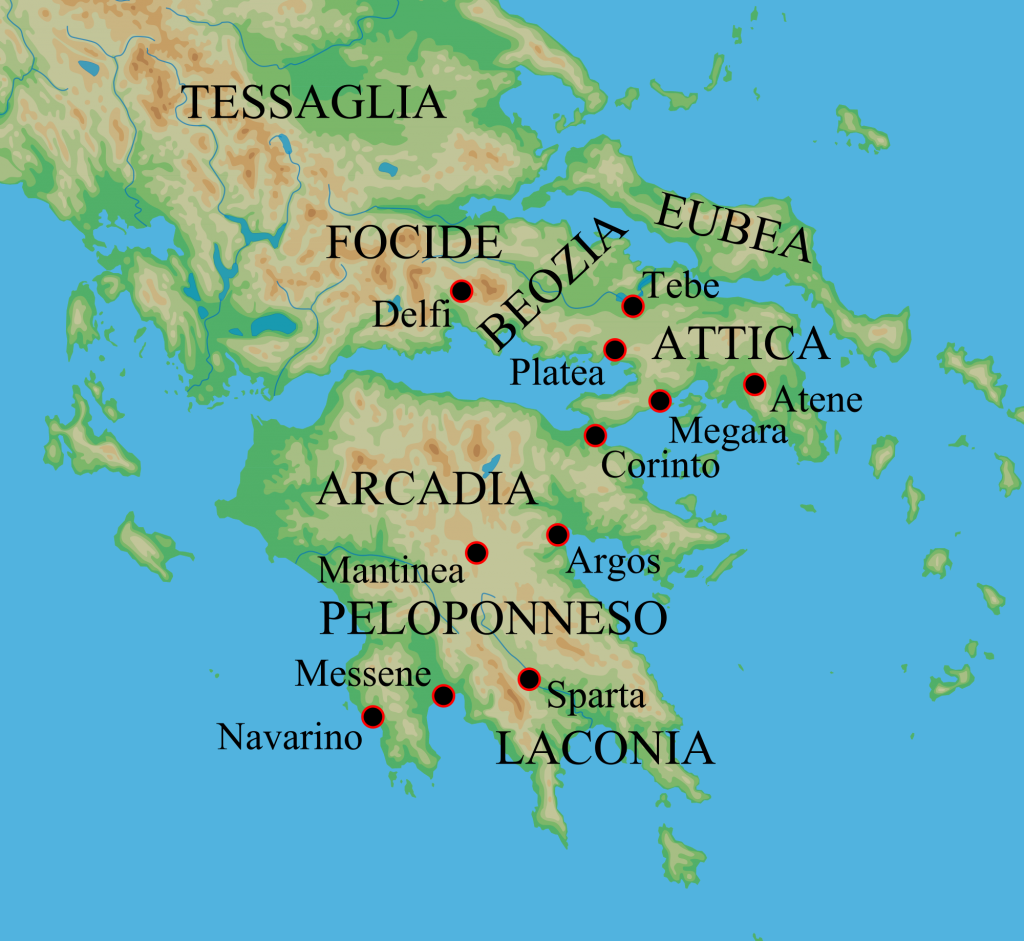 The First Peloponnesian War (460-446 BC) ended with a truce called the Thirty Years’ Treaty.

After Athens and Sparta signed the treaty, Athens became more and more wealthy and powerful. Athens was able to buy an even bigger fleet of ships and rebuild their Long Wall fortifications, which protected their harbor of Piraeus.

Sparta and its allies did not trust Athens and became jealous of the city-state’s growing power.

What started the Peloponnesian War?

The large and complicated alliances of the Ancient Greek world were a major factor in the Peloponnesian War.

Athens wanted timber and minerals from Thrace, and so they demanded that Poteidaia remove their fortifications. Poteidaia asked for protection from Sparta, and Sparta agreed. Athens still attacked the city.

At the same time, Athens issued the Megarian Decrees. This prevented the city-state of Megara from using any trade ports of Athens or Athens’ allies.

Megara had been an ally of Sparta for many years. Sparta asked Athens to change their mind about the Megarian Decrees. Athens refused.

Around the same time, battles broke out between other allies of Athens and allies of Sparta. A combination of these events started the Peloponnesian War.

Sparta even received help from an unlikely source: Persia. The Persians sent money to Sparta to build more warships.

The Spartans continued to use their famous phalanx formation, fighting in closely packed ranks and protecting one another with shields. They added more men to make the phalanxes deeper and wider.

During the Peloponnesian War, both sides began using mixed troops, combining foot soldiers and cavalry (soldiers on horses). They also recruited slaves and foreigners for their armies.

Strategy became extremely important in Ancient Greek warfare for the first time. Sieges were a common feature of the war.

Sieges involved repeatedly attacking a city directly and/or surrounding cities with a wall and starving them into surrender. 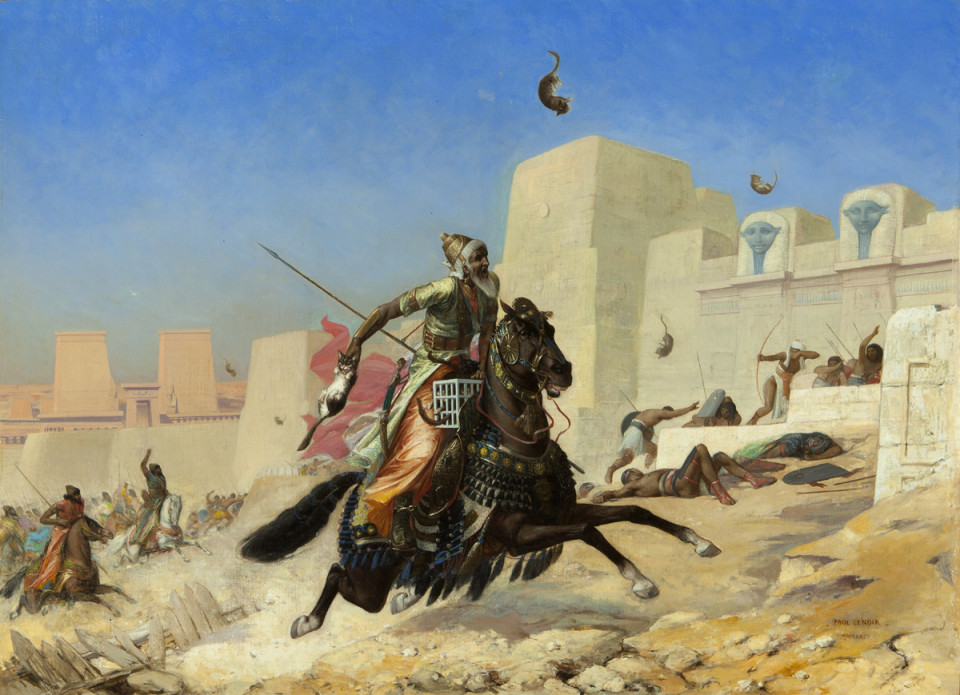 During this time, Athens also suffered a devastating plague that killed many citizens, including the great Athenian general Pericles.

Athens did recover to win a series of battles between 410 and 406 BC, but their good fortune did not last for long.

The Defeat of Athens

In 405 BC, the famous Athenian fleet was defeated in battle by the Spartan general Lysander. Athens did not have the army to defeat Sparta on land.

Athens’ food supply was running low, and the people of Athens were starving. The city-state surrendered in 404 BC.

Thebes and Corinth wanted Sparta to destroy the city and enslave its people, but the Spartans refused. They made Athens tear down its Long Walls but refused to do additional damage to the city.

Athens was also not allowed to rebuild a fleet of more than 12 ships. They also had to pay tribute to Sparta, now recognized as the dominant power in Ancient Greece.

Other Interesting Facts About the Peloponnesian War