In Ancient Greece, the economy was not as agriculture-based as in many other ancient civilizations. That’s because Greece has many mountains and the soil is not very good for growing crops.

Still, there were plenty of farmers in Ancient Greece. They raised sheep and goats and grew barley, grapes, and olives.

Let’s explore some interesting facts about farmers in Ancient Greece. 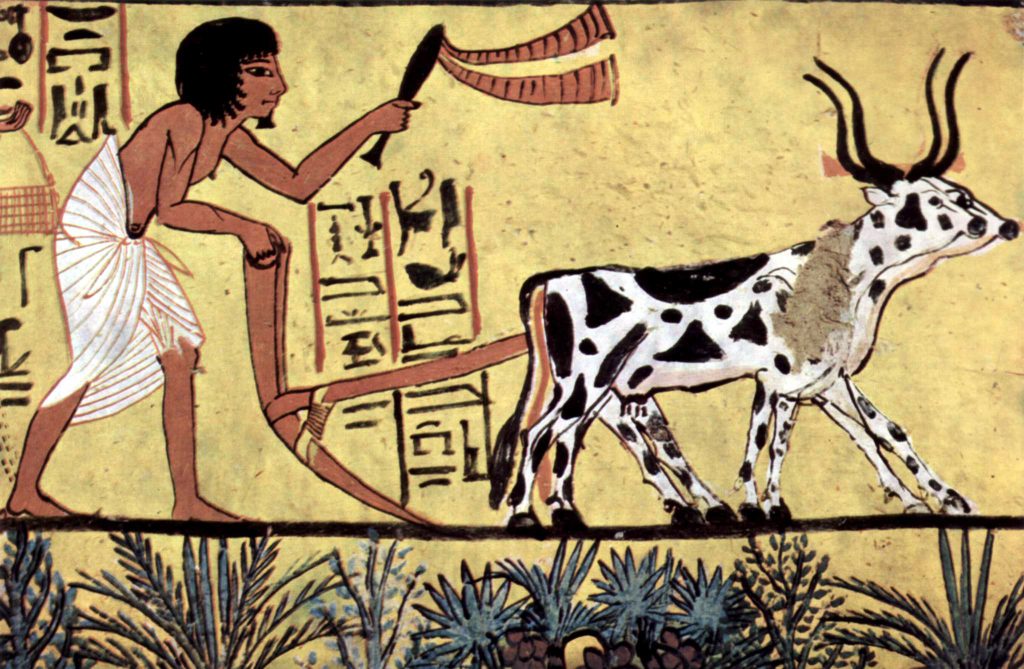 It’s estimated that only about 20 percent of land in Ancient Greece was ideal for growing crops. But the land that could grow crops was very fertile.

The best areas for farming included the Peloponnese and islands like Ikaria and Crete.

Some places, like Argos, were very bad for growing crops. People believed that the gods Hera and Poseidon had argued over who was the patron god of Argos.

When Hera won the argument, Poseidon dried out her land for revenge.

The weather in Ancient Greece wasn’t very helpful for crops either. They had very hot, dry summers and mild winters with lots of rain and sometimes violent rain storms.

Rainfall in Ancient Greece was unpredictable and often led to crop failure. Wheat crops failed about once every four years and barley crops once every ten years because they didn’t get enough rain.

In the mountains of Ancient Greece, winters could be extremely cold and snowy.

Most farms in Ancient Greece were small to medium with four or five acres of land. Farmers grew crops mostly to feed their families. If there were leftover crops, they sold them in the marketplace, called the agora.

However, there were some larger farms. These were usually run by overseers. Records show that at least one farm earned 30,000 drachmas a year. (Average workers earned about two drachmas a day.) 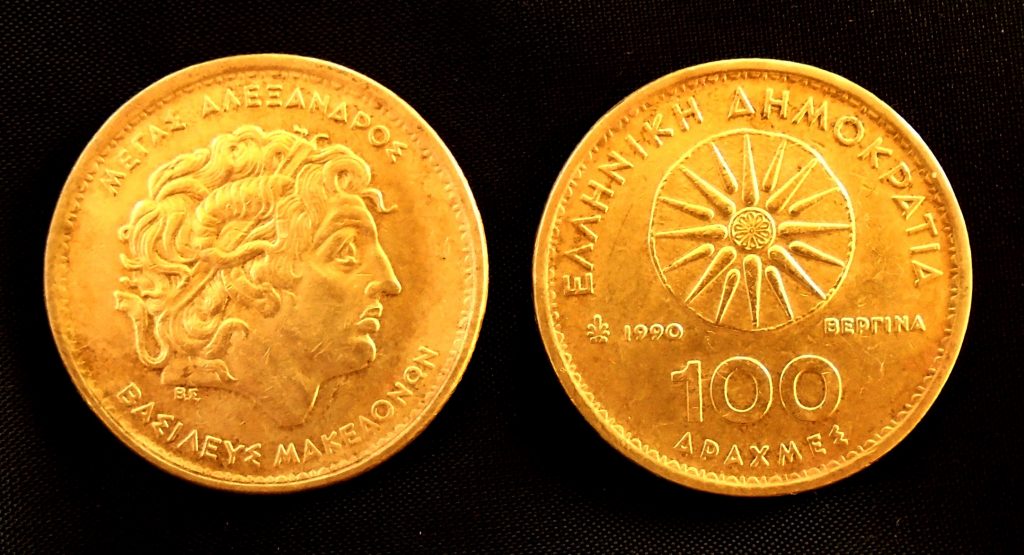 Sons usually inherited equal shares of their father’s land. This is another reason that many small farms existed throughout Ancient Greece.

Poor men who couldn’t afford land might find work on someone else’s farm. Others would rent land from wealthy men to farm for themselves and their families.

What did the Ancient Greeks grow on their farms?

The most common crops in Ancient Greece were wheat, barley, olives, and grapes. Wheat and barley were used for bread and porridge.

Barley and wheat were planted in October and harvested in April or May. Olives were harvested sometime between November and February, while grapes were picked in September.

During the busiest harvest seasons, there were no religious festivals or government meetings to distract the farmers from harvesting their crops.

Although the Ancient Greeks didn’t usually have large herds of livestock, farmers might have had up to 50 animals in a herd.

These animals might include sheep, goats, pigs, chickens, and cows. They were used for meat, milk to make cheese, and fertilizer for crops. Sheep were valuable for their wool, which was used to make clothing. Some people kept horses, mules, and donkeys for transportation.

How did the Ancient Greeks take care of their crops?

The Ancient Greeks used farming strategies like crop rotation, and fields were left fallow (without crops) to allow the soil to recover and build up moisture.

They sometimes dug trenches around trees to catch rainwater for the crops.

The Ancient Greeks used mostly basic tools for farming. Digging, weeding, and ploughing was done by hand using wooden or iron ploughs, hoes, and mattocks (like a pickaxe).

Hooks called sickles were used to harvest crops. To separate grains from plants, the Ancient Greeks often put plants on a stone floor and then had livestock trample on them.

The Ancient Greeks stomped on grapes to crush them, and they used stone presses to crush olives.

What did Ancient Greek farmers do with their crops?

Some farmers just used their crops to feed their families. With the leftovers, they would trade for everyday necessities and food items they didn’t produce themselves, like fish, shellfish, cheese, or honey.

Wealthier farmers produced lots of crops and would sell or trade them at the marketplace. At market, Ancient Greeks sold and traded cereals, wine, olives, figs, beans, cheese, honey, and meat. Meat was very expensive. Many Ancient Greeks were beekeepers. Bees helped fertilize the crops and produced honey. The Ancient Greeks hadn’t discovered raw sugar, so they used honey as a sweetener. It was also used in some medicine.

The Ancient Greeks only drank wine if it was watered down. Drinking wine without water in it was considered barbaric.

Demeter was the Greek goddess of the harvest and grain. She was very important to farmers. The people held ceremonies and rites that were supposed to please Demeter and ensure a good harvest.

Some Ancient Greeks wouldn’t eat beans because of a superstition that beans held the souls of dead people.

Even though some land couldn’t produce crops in Ancient Greece, almost 80% of people had some involvement with farming.