Even though the Ancient Greeks lived a long time ago, scholars have been able to learn a lot about family life in Ancient Greece from the writing and artwork of the time period.

So, what do we know about Ancient Greek families? Let’s learn about marriages, homes, daily life, and more.

In Ancient Greece, women usually married between 12 and 16 years old. Men were about 25. Women didn’t choose who they married. It was the decision of their fathers or other male relatives.

Some city-states had wedding ceremonies, but some didn’t. There was always at least a big party to celebrate the marriage. The father of the bride paid a dowry to her new husband. If the husband and wife got a divorce, the husband paid the dowry back. If they had children, the children would stay with their father.

Ancient Greek homes were built around a courtyard or garden. The courtyard was a popular play area for the children.

Walls were made from wood and mud bricks. The houses either had no windows or very small windows. The windows didn’t have glass, but they did have wooden shutters to block the hot sun.

Inside, people sat on wooden chairs or stools. Homes were usually very simple, but wealthy families had colorful tiles and paintings for decoration.

Some houses had a separate room called an andron, where the man of the family could entertain male guests and business associates.

Men in Ancient Greece usually didn’t spend much time at home with their families. They worked, participated in government, and had philosophical and business discussions with other men.

In Sparta, men had to live in military barracks until they were at least thirty, so they very rarely saw their wives or children.

Men ate separate meals with their male friends. At most of the places men went, women were not allowed.

Ancient Greek women were in charge of the home. Most women had a lot of help from slaves or servants. They helped mothers take care of their children, cook, clean, make clothing, fetch water, and do other household tasks.

Wealthy women almost never left the home, except for religious ceremonies, weddings, and funerals. They could also go to visit female neighbors, but only with permission from their husbands.

If wealthy women did go anywhere, they usually had to be accompanied by a servant or slave. They lived lonely lives and usually developed very close friendships with their slaves and servants.

Poor women had to leave the home to run errands, shop, and fetch water for the family.

Boys went to school, but girls didn’t (except in Sparta). Boys started school at age seven and finished around age 14. After that, they learned a trade, had military training, and/or went on to more advanced schooling.

Girls stayed home and learned to cook, clean, and sew. Some girls had tutors and learned reading and writing too.

When they weren’t in school, children played lots of games for fun. They played with dolls, rattles, hoops, yo-yos, and small pottery figures.

They played ball games with balls made of tied-up rags or pig’s bladders. They also played early versions of games like marbles, jacks, and tiddlywinks.

Like children today, Ancient Greek children kept pets. They cared for and played with dogs, geese, and chickens. 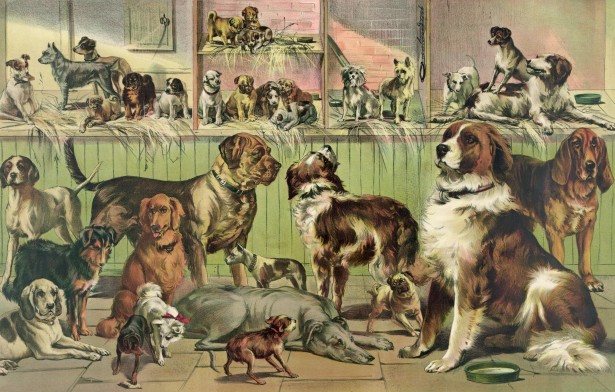 Sometimes, the first time a husband and wife met each other was at their wedding ceremony or wedding party.

In Ancient Greece, sons usually inherited their father’s farm or business. If the father was a tradesman, he would teach his son the same trade.

Some Ancient Greek homes had multiple generations living in them. So, a married man’s mother and father might live with the man and his wife and children. Unmarried or widowed sisters might live there too.

Women weren’t supposed to work in Ancient Greece, but some poor women worked in the marketplace to help support their families.

Ancient Greeks hoped to have sons. If a woman had a daughter, she would look away from her husband in shame. Some baby girls were abandoned.

In Sparta, women shaved their heads after getting married and kept their hair short throughout the marriage.

The Ancient Greeks ate with their fingers because they didn’t have utensils. They ate mostly bread, fruits, vegetables, cheese, eggs, and fish. They drank water and wine.

Sometimes, the Ancient Greeks liked to eat dinner while lying on their sides.