Ancient Greece was a civilization in southeastern Europe that is especially known for the period from 750 BC to 146 BC.

Because Greece is very mountainous, Ancient Greece was divided into separate city-states. The city-states spoke the same language and had similar cultures, but each had their own independent system of government.

The city-states also had different values. For example, Athens was known for philosophy, art, and education. Sparta was known for its military strength and courage in battle. The mountains also meant that the Ancient Greeks couldn’t grow many crops. Their economy was based more on trade than agriculture because of their location near several major seas.

However, they did raise sheep and goats. They also produced barley and were famous for their olive oil and wine.

On Mount Olympus, the largest mountain in Greece, the Ancient Greeks believed the gods and goddesses lived in a cloud palace.

The gods and goddesses were thought to have special powers and each control different aspects of life and nature.

Each city-state had its own patron god or goddess who was supposed to keep watch over the city and its people. They appear in fascinating stories of Greek mythology.

The Ancient Greeks are known for making many important contributions to architecture, philosophy, government, art, literature, mathematics, science, and more.

They were even some of the first to establish a democratic system of government. They also invented theatre and started the Olympics!

These accomplishments and many more make the Ancient Greeks one of the most interesting and important civilizations in world history. 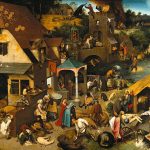 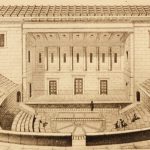 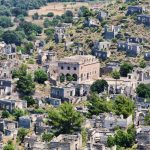