Thoth was the Ancient Egyptian god of wisdom, writing, magic, medicine, and the moon. He was seen as the creator of languages and the inventor of writing, as well as the representative of the sun god Ra.

The Ancient Egyptians believed that Thoth gave them the gift of hieroglyphs, a very important part of their history and culture. Read on to learn more about the ibis god, Thoth!

Thoth is usually represented as a man with the head of an ibis. He holds a writing palette. He is also depicted as a baboon or as an ibis, his sacred animals.

He is known as the Reckoner of Time and Seasons, the Author of Every Work on Every Branch of Knowledge, the Lord of Divine Words, and He Who Is Like the Ibis. Thoth was worshipped from the pre-dynastic period, beginning in Lower Egypt. His worship continued through the last dynasty of Ancient Egypt, the Ptolemaic Period.

The main center of worship for Thoth was in Hermopolis, but he was worshipped throughout Egypt. His priests were highly educated scribes, and he was closely associated with the ruling class.

However, both noble and common Ancient Egyptians wore amulets meant to bring protection and wisdom from Thoth.

Mummified ibises and baboons, the sacred animals of Thoth, were sold at festivals and used as offerings. Burial sites of thousands of these mummified animals have been found in Egypt.

Thoth was the patron god of the scribes. It was said that scribes would pour out one drop of ink to honor Thoth before beginning their work.

There are several stories about how Thoth was created. According to one story, he was “born from the lips of Ra” at the beginning of time and was a god without a mother.

In another story, Thoth simply appeared as an ibis at the beginning of time. He lay the egg from which all creation hatched.

A third story explains that Thoth was born from the forehead of Set. In all versions, Thoth is a scribe who offers advice to the gods. He is wise and fair.

Thoth also helped protect the goddess Isis during her pregnancy. When her son Horus’ eye was destroyed by Set, Thoth used his magical powers to repair it.

In some stories, Thoth is the husband of the goddess Ma’at. In others, his wife is Nehemetawy, a protector goddess.

However, he is most often associated with Seshat, the goddess of writing and patron goddess of libraries and librarians. She is sometimes viewed as his wife and sometimes seen as his daughter. 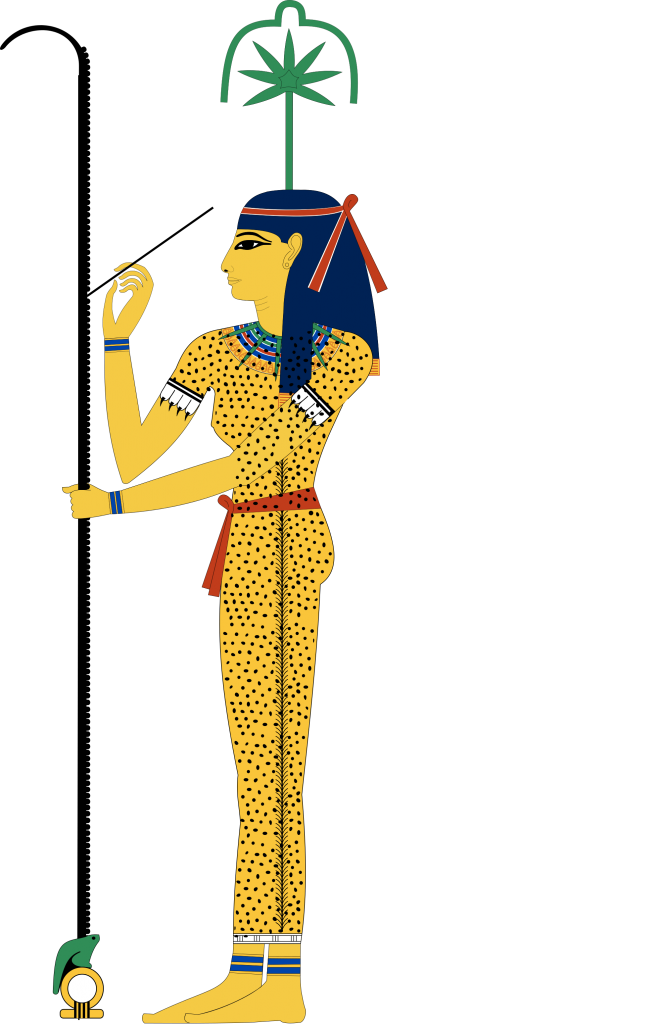 Thoth was also the scribe of the underworld. In the underworld, Ancient Egyptians’ hearts were weighed against the feather of truth. If the heart was lighter, the person could go on to paradise.

Thoth was responsible for recording this outcome. The Mansion of Thoth in the underworld was a place where souls could rest and even receive magic spells to help them make it to paradise.

The Ancient Egyptians also believed that Thoth had written magical books filled with all his wisdom of life and the afterlife. These hidden books would give great power to anyone who found them, but the finder would also be cursed.

Other Interesting Facts About Thoth