While most of Egypt is a desert, Ancient Egyptians had no problem growing all of the food that they need to not only survive but actually thrive.

How could the Egyptians farm in a desert?

The reason that they were able to do this is that of where they first settled, which is near the Nile River.

Every year the Nile floods for three months, which helps to bring in rich soil and silt. This helps to make the land exceptionally fertile. 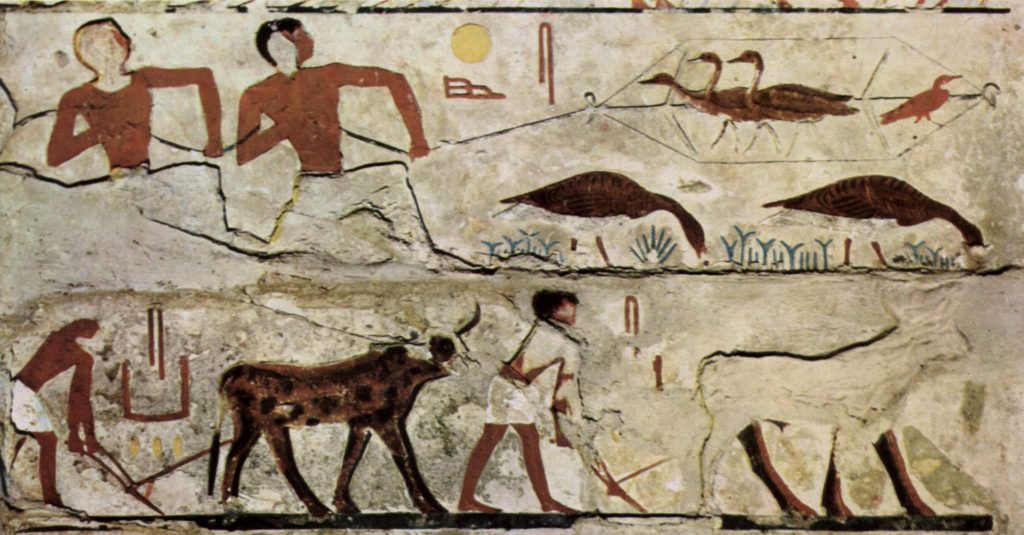 The Nile flooded a lot of lands each year. In fact, it would usually flood between 20,000 and 34,000 square kilometers every year, which gave the Ancient Egyptians plenty of good soil.

The Egyptians also helped this process along by developing a system of canals to bring the water from the Nile to other areas that would have otherwise been dry.

Unfortunately, sometimes the Nile did not flood. In this case, Egyptians would experience a drought, which could be devastating if it lasted too long.

It was the pharaoh’s job to ensure that the amount of grain in the kingdom was carefully kept track of. That way, there would still be enough food in the case of a drought.

While most of our modern farming techniques require farmers to plow their fields to turn up the soil and bring up nutrients, Egyptians did not need to do this.

The soil that was brought in by the flooded Nile already had all of the nutrients right on the top. All they had to do was lightly turn the soil, so their plows were much lighter and could be easily pulled by cattle.

If cattle were unavailable, however, the plows were so light that they could be pulled by people. Farmers would also use tools such as hoes to turn the soil in smaller patches of land.

Once the soil was turned and ready to be planted, people would walk through and sow seeds into the fresh earth. These seeds were carried in a basket that the farmers wore around their necks.

Prior to harvesting, it was common for tax collectors to go around and survey the number of crops so that they could estimate the amount of taxes that a farmer had to pay.

Harvest time for crops in Ancient Egypt was usually between April and June. During this time, everyone in a family would take part in the harvest.

Wealthy families would usually hire teams of people to do the harvesting work for them instead of working in the fields themselves.

Most crops such as wheat, barley, and flax could be harvested with a sickle. This was because they were such tall grain plants.  The plants would then be put into large bundles to be stored or sold.

Wheat and barley were by far the most popular crops grown. Farmers also liked to grow fruit-bearing trees.

The wheat was used to make the bread that everyone ate, while barley was usually used to brew beer. Beer was a very popular drink because there wasn’t a lot of safe drinking water readily available.

Flax was another popular plant in Ancient Egypt. While this plant grew naturally, it was carefully cultivated so that it could be used to make the linen that Egyptians used for their clothing.

Corn was not quite as popular as some other crops, though it was still grown. It was usually used as feed for farming animals. After it had been harvested, corn would be stored in sealed storage containers.

These containers had to be sealed to stop it from being eaten by rodents or insects. By sealing it, the Egyptians also helped to inhibit the growth of mold.

While many crops were grown in fields, there were some that people grew in their gardens. Fruit trees and vegetables were usually something that people could grow near their home. 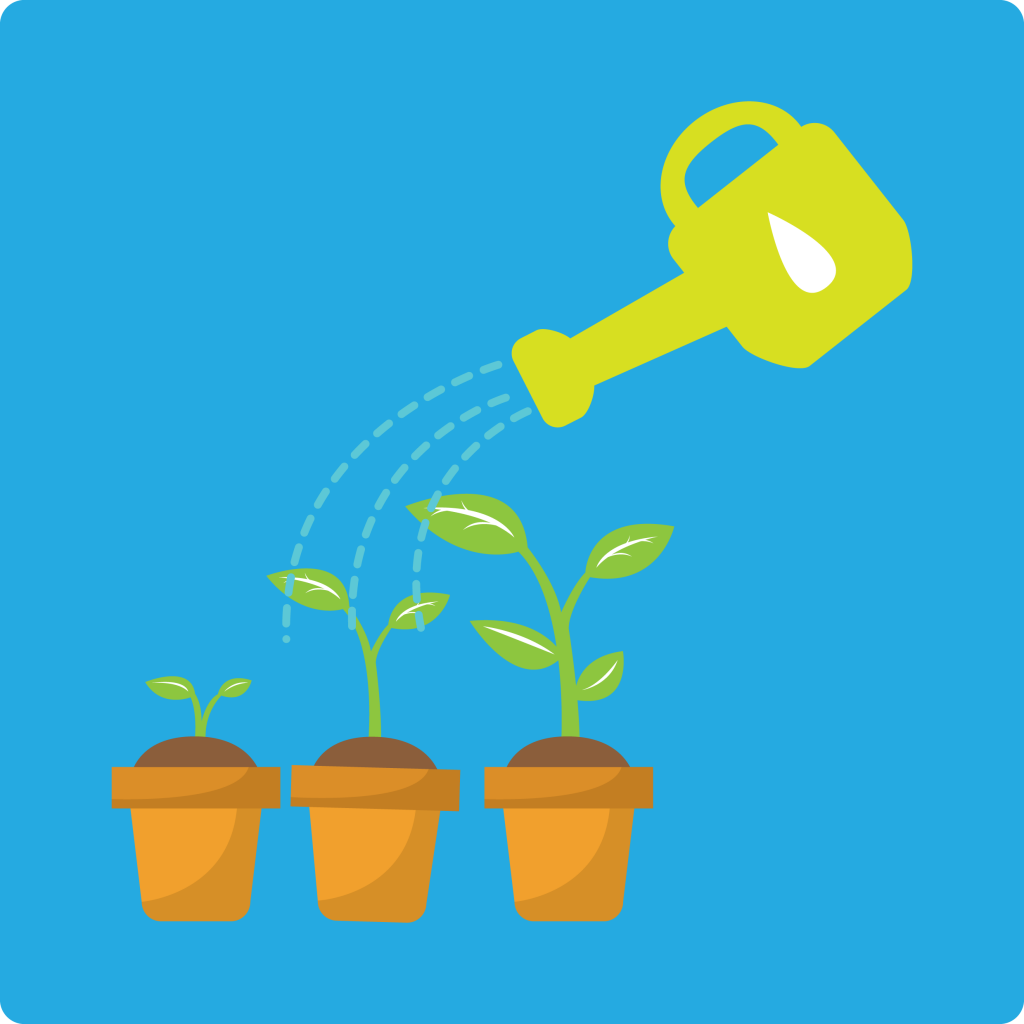 The pharaoh usually had a private garden, which would not only have fruit and vegetables, but also beautiful flowers.

Most places also had community gardens that could be used by everyone. These gardens would include things like olive trees, which were very popular.

These trees were so popular because Egyptians could eat the olives, or use them to make olive oil for cooking.