As one of the earliest ancient civilizations, you might think that Ancient Egypt didn’t have a sophisticated system of education.

Let’s learn about schools and education in this advanced ancient society. 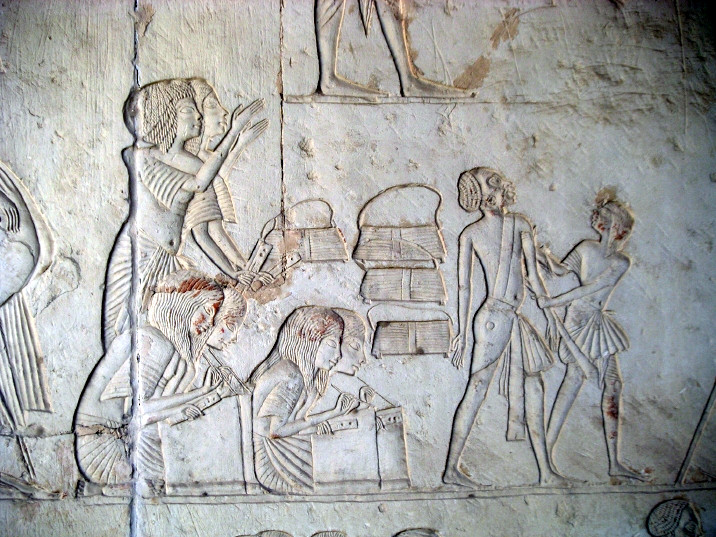 Did all Ancient Egyptian children go to school?

Girls usually didn’t learn to read or write. Instead, they stayed in the home and learned to cook and sew. However, there is evidence that some girls received an education and even became doctors.

Mothers educated children, both boys and girls, until they turned four. The boys were then educated by their fathers until they were old enough for formal schooling.

Girls from wealthy families learned to sing, dance, and play a musical instrument like the harp.

They might learn reading, writing, and politics to tend to the family business as necessary. In addition, the Ancient Egyptians believed that some education could make a woman a more acceptable wife for an upper-class man.

Wealthy boys who did go to school started their formal education around age seven. They learned math and how to read and write in hieroglyphs. They also learned about manners and how to play sports.

Based on images from Ancient Egypt, it seems that lessons were taught by teachers as children sat at desks. The teacher sat at a larger desk.

Classrooms were set up very similar to the classrooms that you learn in today. There were even inscriptions on the walls with rules for how to behave in class.

Children wrote on pottery sherds or limestone fragments called ostraca. They sometimes used a type of paper called papyrus, which was made from reeds. Since papyrus was expensive, it was often re-used.

Students read educational books called Kemty, which were written vertically instead of in the left to right method that we use today. Next Steps for Ancient Egyptian Children

At age 14, middle class boys left school to work as apprentices for their fathers. They would learn their father’s trade, such as farming, stone masonry, and craftsmanship.

It was rare for a boy to choose a different career than the trade he was born into. Today, you can choose to be whatever you want. In Ancient Egypt, boys simply followed in their father’s footsteps.

One career choice that could lead to upward mobility was becoming a scribe. This was considered a great job because scribes didn’t have to build, row boats, or work in the hot sun.

Scribes were historians who recorded births, deaths, and the daily activities of Ancient Egyptian towns. They might also read and write important historical documents.

Training for scribes included repeatedly writing the hundreds of symbols that made up the Egyptian language.

Young boys who performed very well in school could also be invited to attend. This was a great honor and another way to achieve upward mobility.

Boys at The Prince’s School learned reading, writing, history, and math. Ancient Egyptian math was based on a decimal system and included medicine, astronomy, geometry, science, and arithmetic. 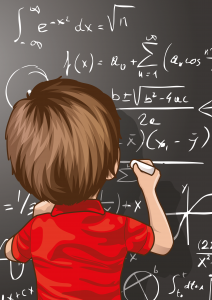