Like many people in modern times, the Ancient Egyptians were very into fashion. They closely followed trends that came from either Egyptian royalty or from styles in other countries.

Of course, however, Ancient Egyptians didn’t have malls, department stores, or brand-name clothing.

So, what were these fashionable trends? What did Ancient Egyptians wear on a daily basis? Note: you can find more information on the numbered descriptions on Wikipedia here.

What were Ancient Egyptian clothes made of?

Like other ancient civilizations, Ancient Egyptians made clothes from local materials and resources.

Ancient Egypt was one of the earliest agricultural societies, meaning the economy was based on growing crops and farming.

Many of their clothes were made of linen, which comes from a plant called flax. The Ancient Egyptians soaked flax in water, separated it into fibers, and then spun it into thread for clothing.

In Ancient Egypt, working-class men wore loincloths or short kilts that resembled skirts. These kilts could be long or short, depending on what was in fashion at the time.

Men also wore long tunics, somewhat like a T-shirt. These tunics were tied around the waist with a sash.

Wealthy men wore similar outfits, but they dressed them up with gold and jewelry. They often accessorized with bracelets or strings of beads.

Working-class women and wealthy women wore long tunics that looked like gowns. Like wealthy men, however, wealthy women accessorized with jewelry like earrings, bracelets, and necklaces. Their tunics were sometimes decorated with colorful patterns, gold thread, or beadwork. Wealthy women, too, wore headdresses for special occasions.

In Ancient Egypt, children usually didn’t wear clothes until they were about six-years-old. At that time, they dressed like their mothers and fathers.

Even before children started wearing clothes, they still wore jewelry. Children decorated their appearance with bracelets, collars, anklets, and other accessories.

Pharaohs dressed like other Ancient Egyptians, but they enhanced their appearance with the finest jewels, gems, and gold.

They sometimes wore leather loincloths, and their garments were often decorated with gold thread or beads. Pharaohs also wore animal skins for decoration.

Ancient Egyptians, even the wealthy, were often barefoot. If their feet needed protection or if it was a special occasion, they wore sandals. 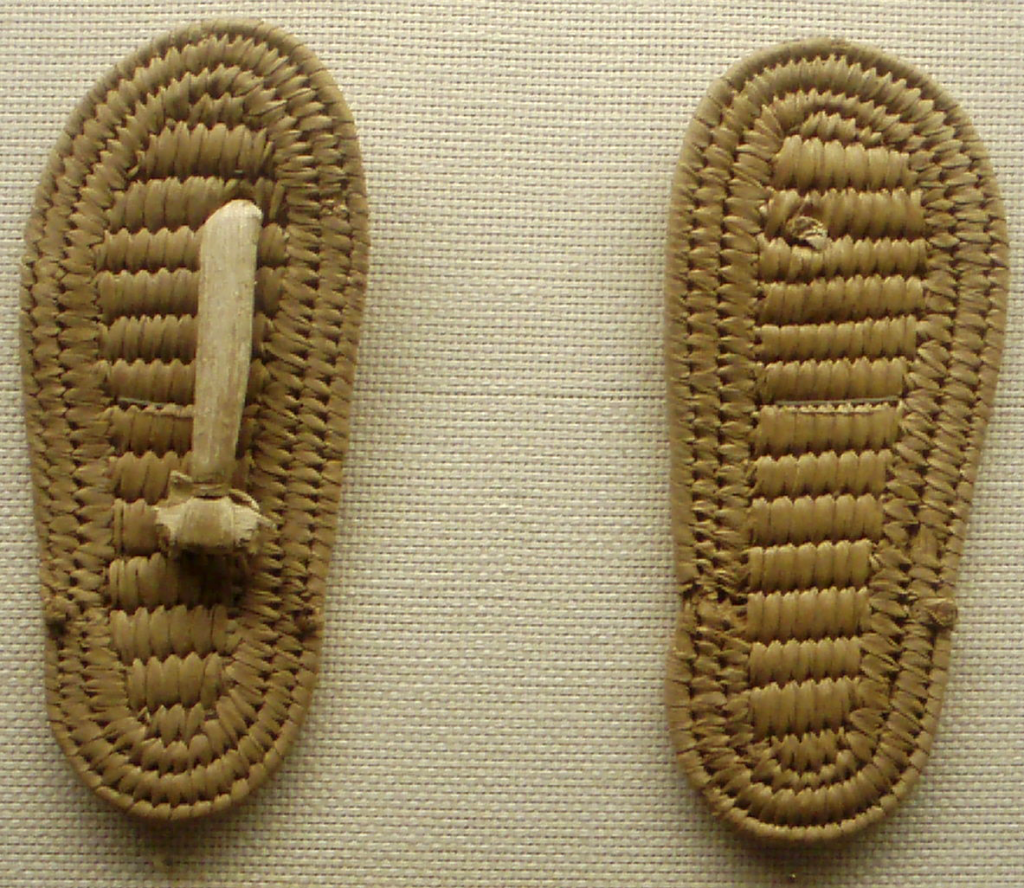 The Ancient Egyptians believed that wearing jewelry made them more attractive to the gods. They also used it to show that they were wealthy.

Appearance was very important to the Ancient Egyptians. Both Egyptian men and Egyptian women wore makeup.

They used powdered minerals to color their eyelids green or blue. They darkened their lashes and eyebrows with black kohl eyeliner.

The eyeliner didn’t just look pretty, though. It also reflected the bright desert sun away from their eyes, protecting them from the sun.

Elite Ancient Egyptians and especially royalty took very good care of their hair. They washed and perfumed their hair, sometimes lightening it with henna dye.

Children wore their hair in a style called “the sidelock of youth,” which was said to be worn by the god Horus when he was in an infant. 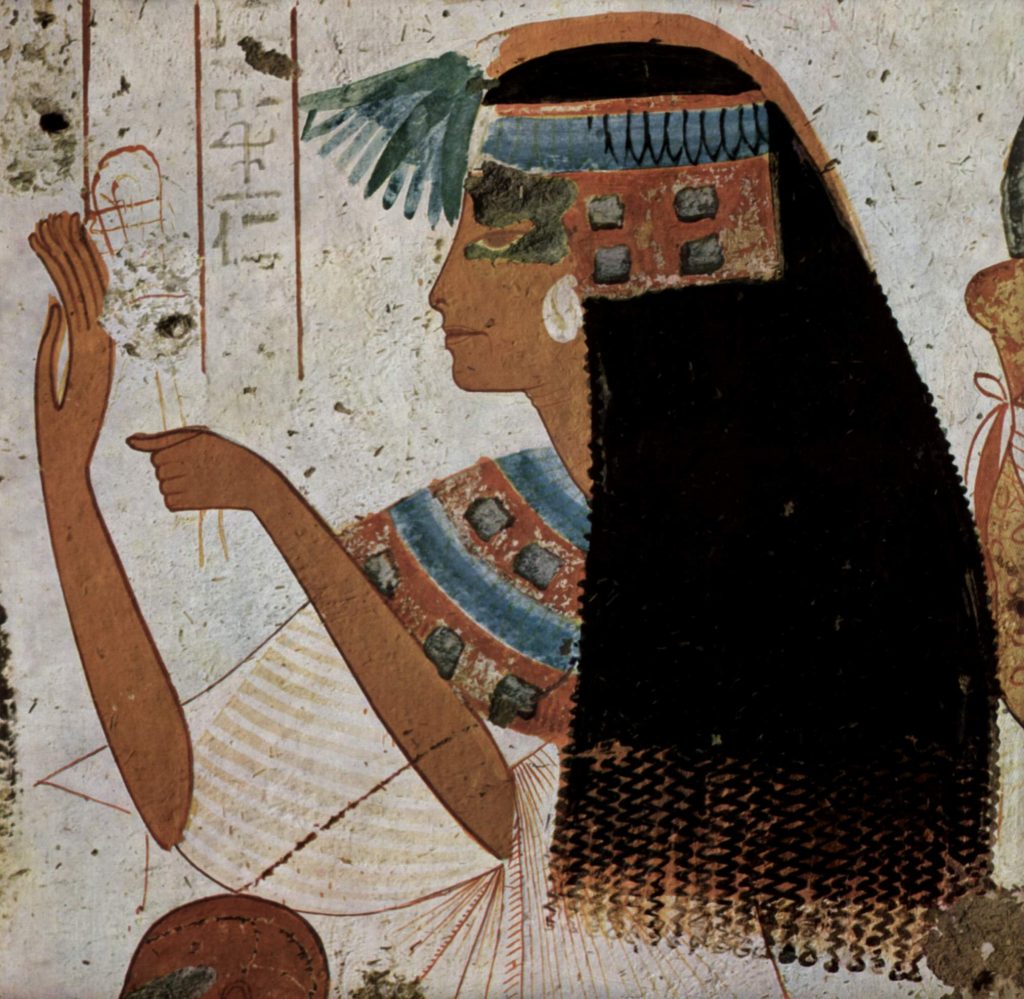 They shaved their heads and kept just one or two tresses, or a braid worn at the side of the head.

Men and women sometimes wore hairpieces or wigs. Wigs were made from human hair with a vegetable-fiber padding underneath.

The wigs were long, heavy, and worn mostly for festivals or ceremonies.