Let’s learn about what life was like for kids in Ancient Egypt. 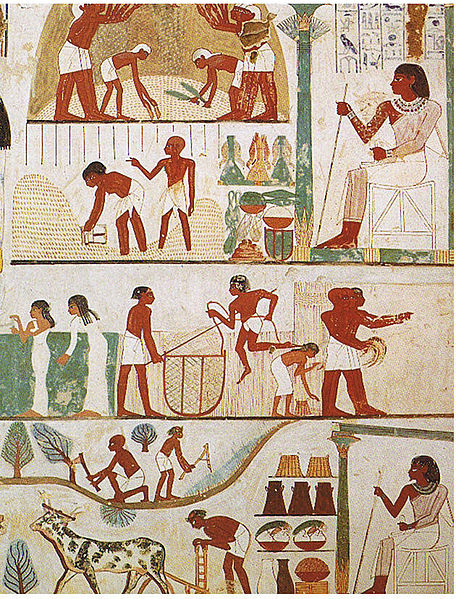 What did Ancient Egyptian children do for fun?

They played sports like field hockey, swimming, rowing, boxing, wrestling, and running. Girls participated in some of the same activities as boys, but boys and girls did not play together.

What did Ancient Egyptian children wear?

Until the age of six, Ancient Egyptian children did not wear clothes. When they did start wearing clothes, they dressed like their mothers and fathers in simple tunics.

Children did wear jewelry even before they started wearing clothes. They wore collars, bracelets, anklets, and other accessories.

Young girls usually wore their hair in pigtails. The most common hairstyle for boys was “the sidelock of youth.”

They had shaved heads with just one or two tresses, or a braid worn at the side of their heads. They believed that this was the hairstyle of the god Horus when he was a boy. 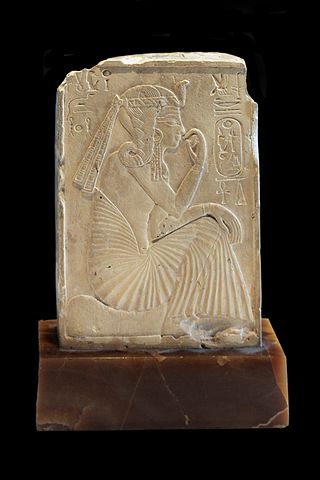 Boys from wealthy families went to school around the age of seven. They learned reading, writing, math, morals, and sports.

Girls learned to cook, clean, and sew. They sometimes learned to dance and play instruments. Girls from wealthy families might also learn reading, writing, basic math, and politics to help with the family business.

Boys from poor families learned their father’s trade. Even middle-class boys left school around the age of 14 to become apprentices for their fathers.

Boys were expected to follow in their fathers’ career footsteps, so upward mobility was rare unless a child showed exceptional ability.

Especially promising children could be selected to go to The Prince’s School for nobles and children of high-ranking officials, or they might become scribes or priests.

Children were considered a blessing from the gods, so they were extremely well-cared for by their parents.

Life expectancy was much lower in Ancient Egypt than it is today, so children were considered adults at a much younger age. Girls usually married around age 12, and the boys were just a bit older.

When parents passed away, their land was given to the sons. Household items and jewelry were given to the daughters. If the family didn’t have sons, the daughter inherited the land and all the possessions.