What was the main highway of Ancient Egypt? The answer may surprise you. It was the Nile River!

Most of Ancient Egypt’s major cities were located along the Nile River. So, the Ancient Egyptians didn’t need to build roads or find other forms of transportation.

They became experts at building boats and traveling the river. The Ancient Egyptians used the Nile to ship all kinds of goods, even cattle. 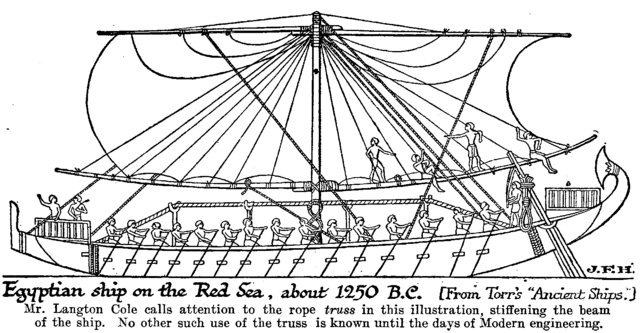 They also traveled the Nile with stone for Ancient Egypt’s many building projects. Merchants could reach every corner of Egypt using the Nile, and they also sailed to ports in the Mediterranean Sea and the Red Sea.

The earliest boats were made from bundles of papyrus reeds tied tightly together. Papyrus was the same material Ancient Egyptians used to make paper.

These early boats were moved using oars or poles. They were called skiffs.

The skiffs were used mostly to travel short distances, hunt, or fish. They were long, thin, and crescent-shaped.

By 3000 BC, the Ancient Egyptians were using boats made of wood. In addition to oars, these boats had square sails to help them move.

The wooden boats were made of acacia wood from Egypt or cedar from Lebanon. Wooden planks were held together with ropes instead of nails.

Another use of boats in Ancient Egyptian was for ceremonial purposes. They were often used to move images of gods from one temple to another.

Boats also transported the mummified bodies of royals and other important nobles to their tombs at burial sites and holy places.

The Ancient Egyptians believed a boat was needed to travel to the afterlife. Many people were buried with small models of boats. 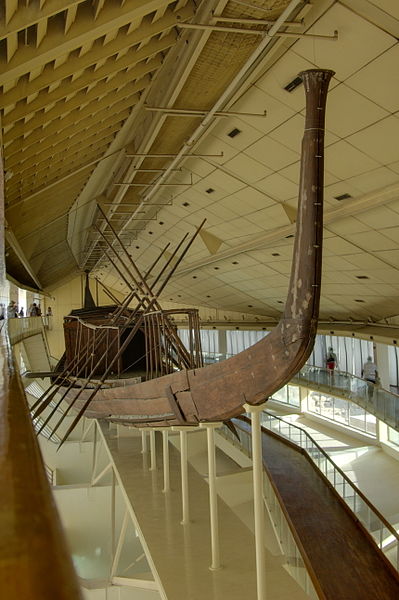 What about traveling by land?

Still, Ancient Egypt had paths instead of major roads. People traveled these paths by walking, riding donkeys, or riding in wagons.

People carried smaller goods on their heads, but the donkeys and wagons carried heavier loads.

Camels were almost unknown in Egypt until after the pharaonic period (the years when pharaohs ruled).

The wheel was probably introduced to Ancient Egypt by invaders known as the Hyksos. It is believed that the Hyksos had horse-drawn chariots that they used in battle.

Later, pharaohs and nobles adopted chariots to use during hunting expeditions. However, this was not a method of transportation used by the common people of Ancient Egypt.

Other Interesting Facts About Ancient Egyptian Boats and Transportation