The pyramids are the most famous symbol of Ancient Egyptian architecture, but the Egyptians also created magnificent temples and palaces.

Let’s learn about some of ancient history’s most impressive architecture!

Pyramids aren’t just buildings that look cool. They were also burial places for the Egyptian pharaohs. Pharaohs were buried with gold, jewels, and other treasures to use in the afterlife. 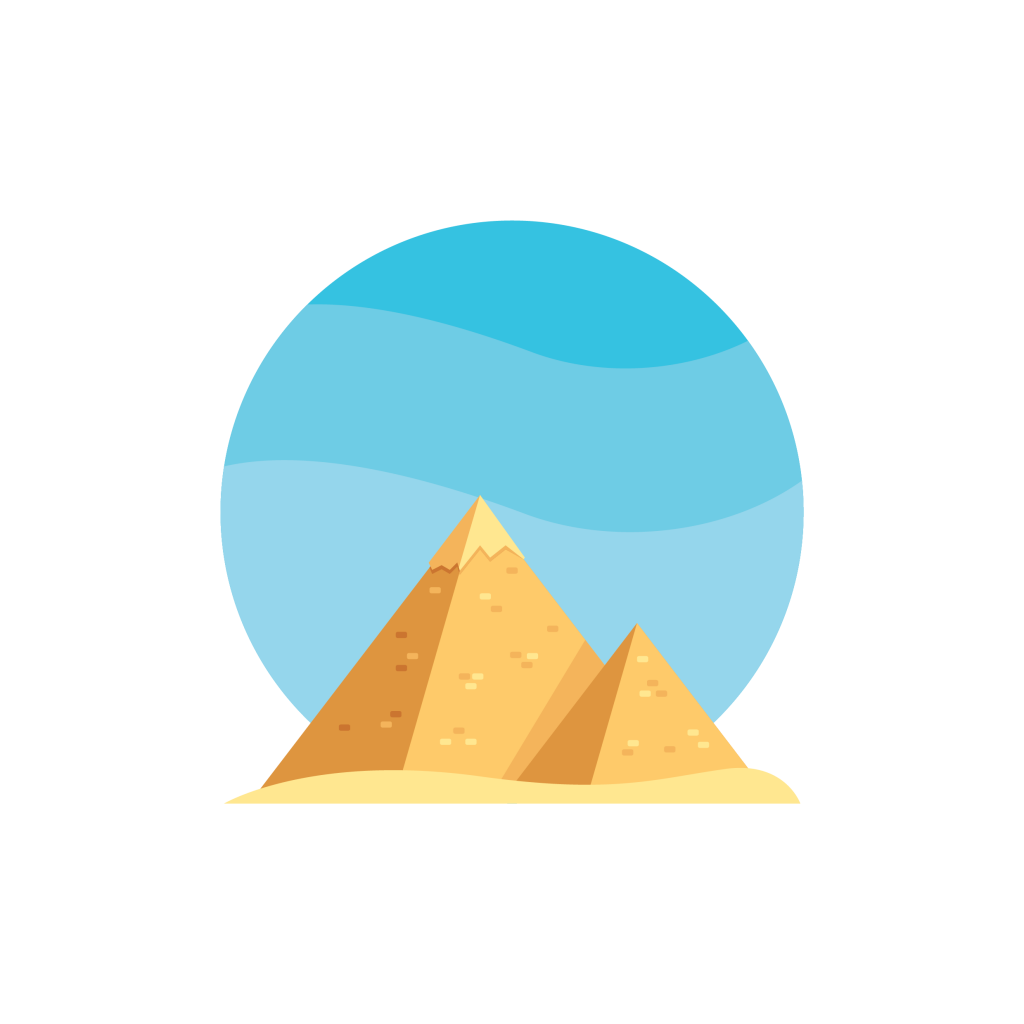 Inside, the walls of pyramids were covered with paintings and carvings. Family members and servants would be buried in other rooms inside the pyramid.

The first type of burial pyramid in Ancient Egypt was the step pyramid. The very first step pyramid was the Step-Pyramid at Saqqara, also called the Djoser Pyramid.

It was built for King Djoser and constructed around 2667-2648 BCE. The pyramid was designed by Imhotep, a priest and architect.

These pyramids are called “step pyramids” because they resemble a set of steps. Djoser’s pyramid had six giant steps and was meant as a stairway that would carry Djoser to the sun-god Ra.

Later pyramids have flatter, sloping sides. The most famous pyramid is the Great Pyramid at Giza. It is one of the Seven Wonders of the Ancient World and was built in 2528 B.C. for King Khufu.

When it was first built, it was over 780 feet tall! Scientists estimate it took 2,000 workers at least 23 years to build the Great Pyramid of Giza. It was built from more than 2 million huge limestone blocks.

Other Facts About Pyramids

Over eighty pyramids still stand in Egypt, and all of them are at least 3,000 years old.

To fool robbers, most pyramids had several false entrances in addition to its one true entrance. Inside, they had false doors and more false passages.

Unfortunately, almost all of the pyramids were eventually robbed of their treasures.

Scholars have learned about the building of the pyramids through the religious and government records kept by the Ancient Egyptians.

Since it took so long to build pyramids, pharaohs usually started construction as soon as they became rulers. 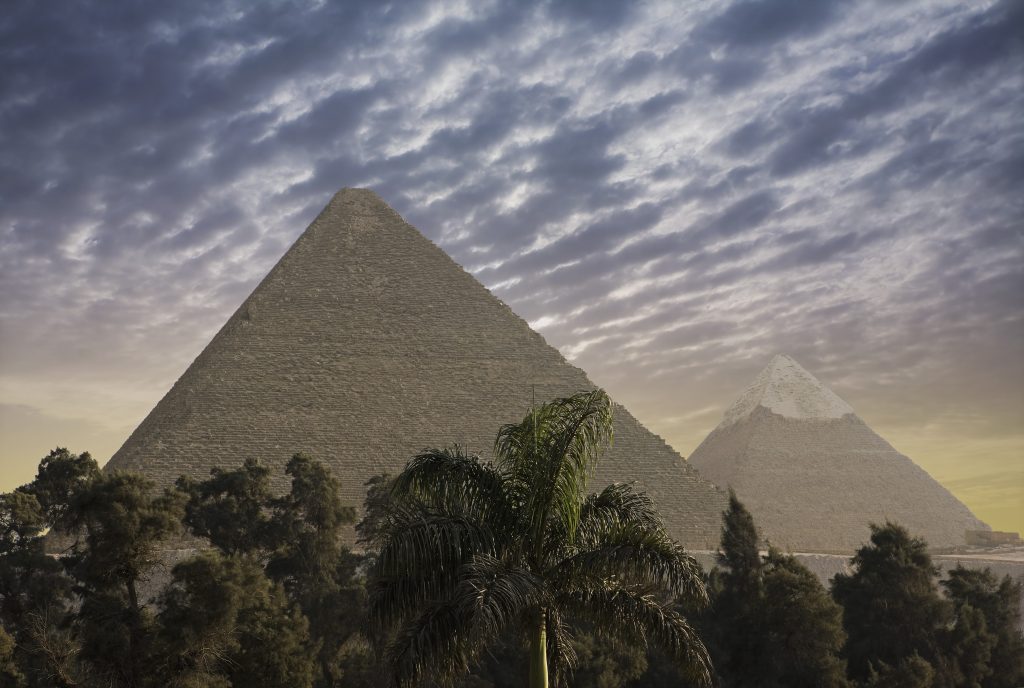 Ancient Egyptians also constructed many temples along the important Nile River. They believed that the temples were the homes of gods and goddesses. Two of the most famous are Karnak and Luxor.

The huge Temple of Karnak is outside of the modern cities of Egypt, unlike most other important Ancient Egyptian buildings. Only one section of the temple is currently open to the public.

The Luxor Temple was founded around 1400 BC parallel to the Nile River. It was built by Amenhotep III, completed by Tutankhamen and Horemheb, and added to by Rameses II.

Ancient Egyptians built their temples of stone or solid rock. High stone pillars supported the heavy stone roofs. Inside, temples were covered with carvings of pharaohs and gods or the victories of pharaohs in war.

Many temples also contained huge statues of the pharaohs. Priests worked inside the temples, conducting daily rituals to honor the gods and the pharaohs.

According to Ancient Egyptian legend, the first temple appeared on a mound of land that formed from the sea.

The design of this first temple was created by the gods, and all other temples copied this first design. 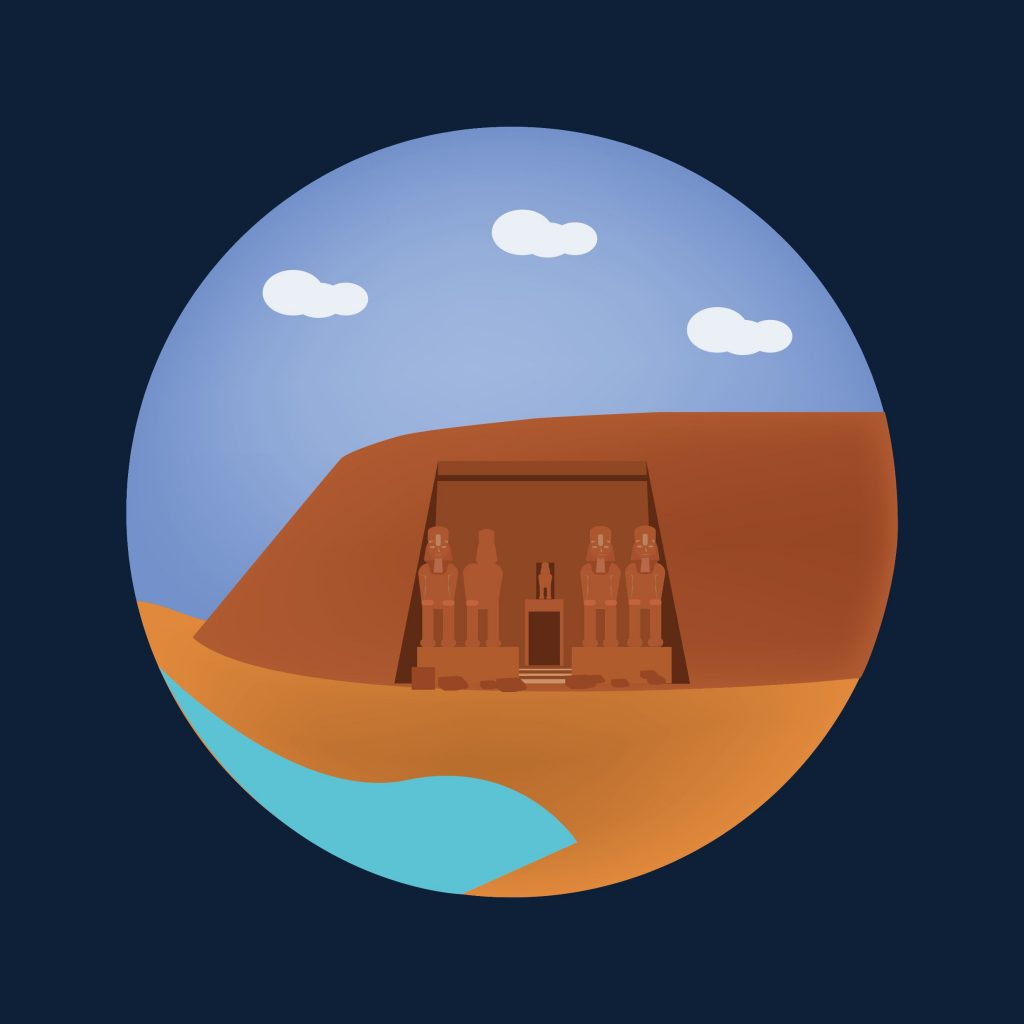 Palaces were the homes of the pharaohs and their servants, families, and other members of their entourages.

These were large complexes of buildings, with one section to meet the pharaoh’s personal needs and another section for conducting business.

Around the fourth and third millennium BC, palaces had a distinct structure. They were rectangular buildings with high walls, topped by richly decorated towers.

Over the years, palaces became more and more elaborate. By the end of the third millennium, they were palace-temple complexes.

By the second millennium, palaces also contained great halls filled with gigantic columns that led to the throne room. They featured lakes, gardens, and other government buildings.

From pyramids to temples to palaces, it’s fascinating that the Ancient Egyptians were able to build such incredible structures—all without the technology that we have today.