The civilization of Ancient Egypt lasted for around 3000 years, longer than any other civilization in history.

The Ancient Egyptians themselves called their country “Kemet,” or Black Land. This was a reference to the dark, rich soil along the Nile River.

The Nile River was central to Ancient Egyptian civilization. The region received little rain, but the Nile and its annual flooding provided water for the crops.

Ancient Egypt became one of the very first agricultural societies.

Ancient Egyptians were extremely religious and worshipped gods. They also considered their rulers, the pharaohs, to be god-like. They built extravagant temples, tombs, and palaces.

Throughout history, Ancient Egypt had several golden ages of great wealth and power, as well as several periods of conflict.

Egypt was eventually taken over by the Persians, then the Romans, and finally the Arabs.

As a civilization, Ancient Egypt is perhaps best known for pyramids and hieroglyphs. However, there is much more to this fascinating and often mysterious culture. 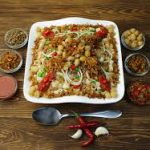