As you might have guessed, the silk road is not a road made from silk. The Silk Road is a route of trade in Ancient China.

The Silk Road is not one single road. The silk road is a name given to the many trade routes that connected East to West.

The Chinese were the first people to develop silk.  It was one of China’s most desired goods and was traded all over the world because many people really wanted this lovely product. 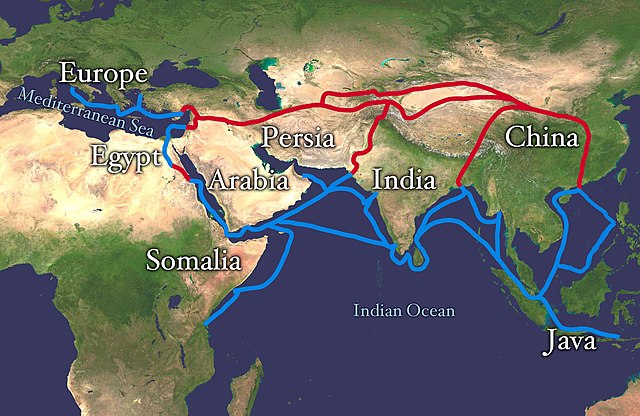 Silk production began during the Han Dynasty (207-220 CE).  A man called Zhang Qian was sent all over China to explore the country. First of all, the Han rulers wanted to expand trade across China itself.

The routes were not only used for silk. There is some evidence of the precious stone, jade, being traded from south to north China. Silk in Africa and the Mediterranean

The trade in silk is very old. There are some scraps of silk found in Ancient Egypt. These ancient pieces of silk are thought to be from 1070 BC.

Historians are not certain where this silk came from. This silk could have been from China. If it was hand-crafted (made), we can be certain it was from China.

However, there is a type of wild silk too. If it was wild silk, it could have been from the Mediterranean or the Middle East.

The expansion of the Silk Road

During the time of the Greek Empire under Alexander the Great, the Silk Road expanded. The Greeks were in Central Asia (in the region which now covers Uzbekistan, southern Kyrgyzstan and northern Tajikstan).

The Greeks expanded further and further east into Central Asia over three centuries. This meant that Central Asia and the Mediterranean (Europe) were connected.

All that needed to happen now was for the Silk Road to expand into China. The Han Dynasty expanded into Central Asia and trade across such far-reaching regions had begun.

The Romans did not just get the countries they occupied when they conquered a place. The Romans also inherited the trade routes and trade partnerships that these regions had before the Romans arrived.

Luxury goods, like silk, were very desirable in the Roman Empire. The Romans traded with India, China and other countries like Korea. 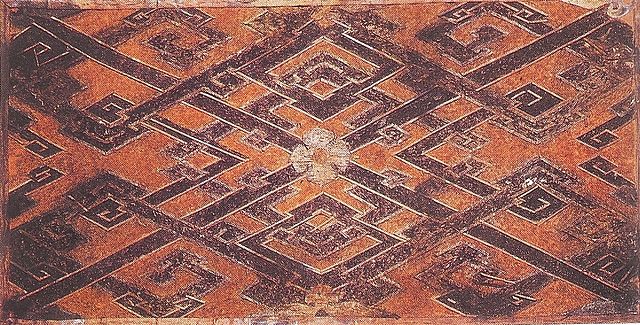 The secret of silk

Silk became so popular but only China could make it. After a while, other people wanted to know the secret of silk.

They sent in spies to China to steal silkworm eggs. Soon, silk could be produced in the Mediterranean too.

Nonetheless, the Chinese were expert silk makers. Many rich people still wanted silk made by the Chinese people.

The Silk Road was reopened in 639 by the Tang Dynasty under Emperor Wu.

Marco Polo tells the world about the Silk Road

Under the Mongol rule in China, an explorer from Venice, Italy, called Marco Polo, travelled along the Silk Road during the 1200s.

He wrote a book about his travels. The whole world knew about China because of his book, The Travels of Marco Polo.

The Silk Road connected many countries. It was like a long ancient route of goods from all over the world.

The Silk Road means that things like Roman glass have been found in Korea, and Chinese silk has been found as far as North Africa.

The Silk Road also allowed for ideas and philosophies from different cultures to spread around the world.