Some jewelry from China is over 5000 years old. Ancient Chinese jewellery was very beautiful and elaborately decorated. Of course, jewelry was for rich and important people, normally. It was made of precious stones, especially jade, and precious metals, like silver and gold. 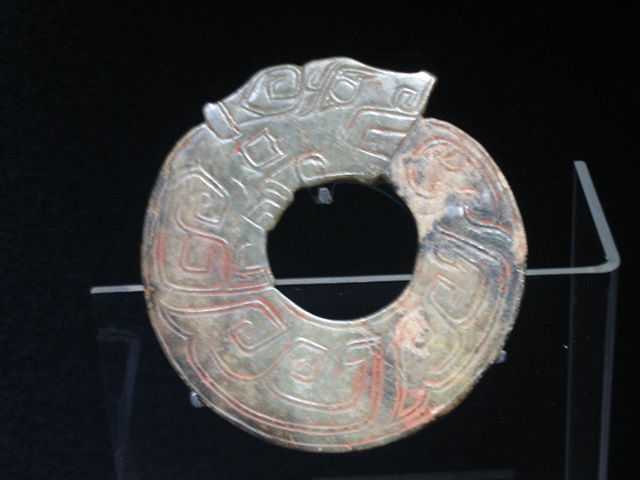 What type of jewelry did people wear in Ancient China?

Most jewelry in Ancient China was worn on clothing or hair. Decorated hairpins were very common. They were mostly made of metal and jade.

People also used very elaborate gold buckles or belt hooks. There were also headdresses, pins, rings and earrings. All items had beautiful patterns on them and pictures of things or animals carved from stone or cast in metal.

Jade was very important in Chinese culture and was the most precious stone. It was very difficult to carve because it is a hard stone. Even though it was difficult to work with, Chinese jewelry makers made very fine and detailed pieces. 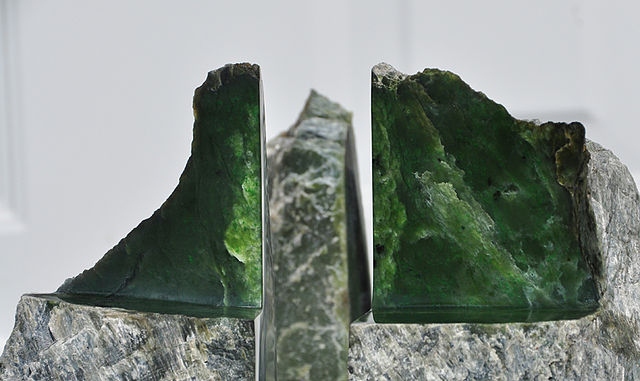 Because Jade has always been very valuable, it was often given as precious gifts at important events in life. For example, a piece of jewelry made with jade might be given for a wedding or a birth. Jewelry was also given to a son who was going to do important exams (civil service exams).

If a boy passed these exams, it would be excellent news for his entire family. Jade was also supposed to protect the person wearing it and provide a connection to ancestors.

Another stone that was used in Chinese jewelry was nephrite. It is a bit like jade but is white or pale green in colour. It was less valuable but still very precious.

What does jewelry tell us about Ancient China?

Lotus flowers symbolised harmony, which meant happiness and balance. Jewelry with lotus flowers on it would have also made a good wedding gift.

Kings or emperors and their wives often had jewelry with dragons or phoenixes depicted on it. An ancient tomb with the lost jewelry of Farong

In 2011, an ancient tomb was discovered in the City of Datong. Inside this tomb, archaeologists found the remains of a woman called Farong who lived over 1500 years ago. She was buried with the finest jewelry imaginable. Two large gold earrings were found with precious gemstones in them.

There is a dragon on this jewelry and a human face. There was also a beautiful necklace with over 5000 beads on it.

Some beads were made of glass and some were made with pearls or made from gold. How beautiful!