The style of houses in Ancient China remained fairly similar throughout each dynasty in some ways. Although houses did vary depending on whether you were rich or poor, the basic layout of everyone’s homes was the same.

This is because there were important reasons for having certain buildings in particular places according to Ancient Chinese beliefs. 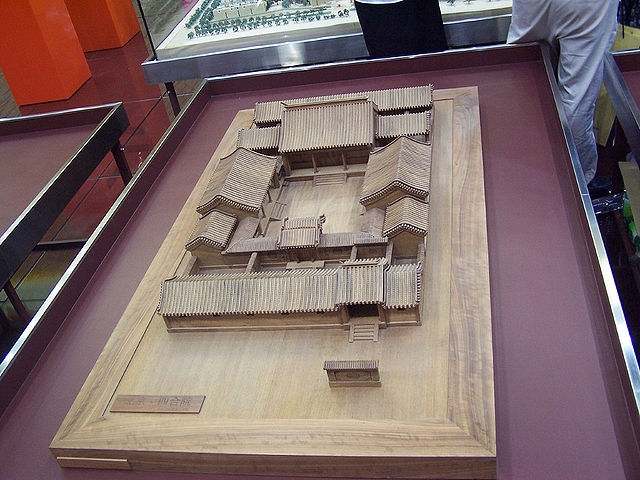 All houses in Ancient China were rectangular or square, with a courtyard in the middle. If you were poor, you would share a courtyard and live in one of several houses built around it. Rich people would have their own courtyard with three buildings attached to three sides and a gate on the fourth side.

It was very important that different parts of the building faced certain directions. For example, it was essential that the main doorway faced south. This was the same for small houses, palaces and even temples. The main house was always on the north-south axis (line facing from north to south).

The layout of a Chinese house in a quadrangle (a shape with four sides, like a square or rectangle) dates back to the Zhou Dynasty (1046-256 BC). Houses in this layout were called Siheyuan houses. In Siheyuan houses, the layout is also symmetrical (the same on both sides). 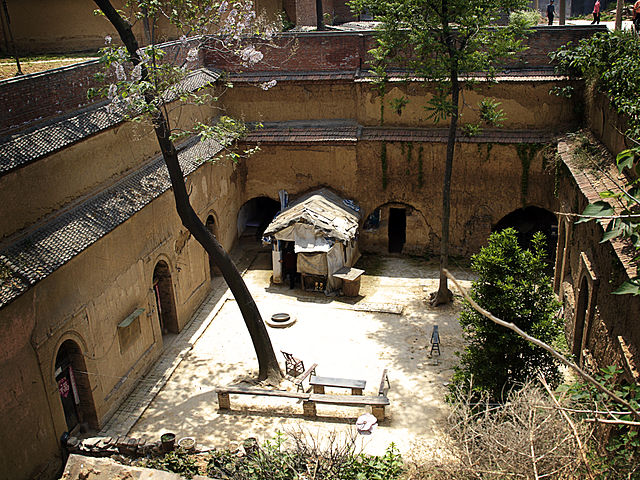 Living family members would take food and gifts to the shrine. After this offering, the food was shared among the living. The ancestor shrine was normally placed in the hallway. 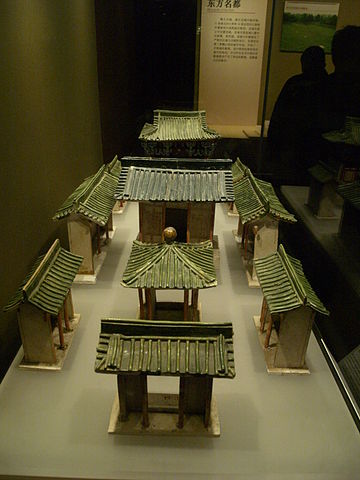 Chinese houses had very little furniture. Many houses did have beds called “kang beds.” These beds were an elevated (raised) platform with rooms for a fire underneath. Some of them had pipes filled with hot air or water.

The richer you were, the more elaborate your furniture would have been. If you were lucky enough to have fine furniture, it would have been built in mahogany, red sandalwood and blackwood, which are all different types of wood.

A normal farmer’s house would be made from wood, mud and bamboo, whereas an emperor’s home would be constructed with wood and brick.

For most people, houses were built with a mixture of sand, clay and gravel. They pounded it (hit it down hard) to make rammed earth.

It was a good material to build with because it was very durable. Durable means it lasted a long time. The floor might have been made of compacted earth too, but some people had clay tiles on the floor. The roofs were thatched.