The Grand Canal is one of the oldest and longest man-made waterways in the whole world. It runs all the way from northern China to the south.

It is a very complicated waterway system. Let’s learn some facts about this famous canal! 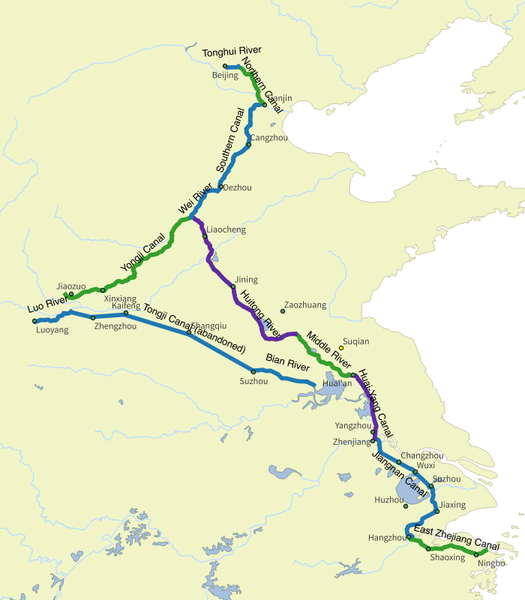 Building a network of waterways

In a similar way to the Great Wall of China, the Grand Canal was built in small parts, bit by bit, from as early as the 5th century.

It was started as a real project by the Sui Dynasty in 605 BC. Their capital city was in Luoyang at the time of their rule.

The emperors of the Sui Dynasty built sections of the canal from Luoyang on the Yellow River to Hangzhou.

Emperor Yangdi of the Sui Dynasty sent a fleet of ships down the finished canal. This was like a parade of fancy, impressive, boats to show everyone it was finished.

There were apparently 80,000 men pulling the boats. These large boats are reported to have had up to 120 rooms on them.

The canal is an impressive 40 meters in width. 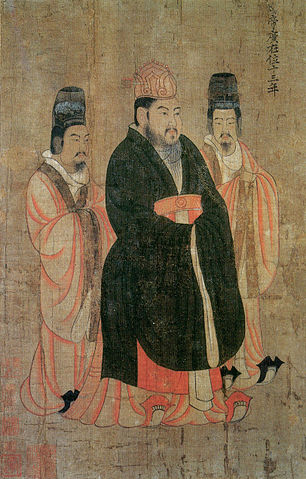 It took a lot of time, money and manpower to build a canal so large and wide. Any man over 15 could be forced to work on the canal. It was dangerous work, too. Many people did lose their lives.

During the Sui Dynasty (7th Century AD), the Canal was used as a way of communicating and transporting goods across the whole empire.

This huge waterway made moving goods across such a large Empire much easier. The canal could transport important goods, like grain, from one part of the territory to another very easily.

People (including soldiers) could also be transported from one part of the Empire to another. They could get troops where they needed to be more quickly in case of battle or rebellion.

The waterways were man-made. However, they connected natural waterways, rivers. Such rivers as the Yellow River and the Yangtze River were connected by these manmade canals.

At one time, it was easier to use the canal system instead of the seas to travel. This way, there was less risk of theft and hijacks from pirates.

Emperors built new sections depending on where was important to them. For example, during the Southern Song Dynasty, Hangzhou became the capital of China.

At the time of the Yuan Dynasty, the capital was moved to Beijing. Therefore, the canal was extended to take it to Beijing.

In later years, trading over the sea and by railways became the preferred option and the canals were no longer used. They silted up. They are now protected by UNESCO and they are a great attraction for tourists.

The canals are protected as what is called a world heritage site. This is because the organisation, UNESCO, have decided it is very important for China’s history, and for world history.

The canals show the world how impressive Chinese engineers were at such an early time in history.