The geography of Ancient China is very important in terms of the way its history developed. China is a very large country but its only contact with the outside world was through trade along the Silk Road.

Let’s explore some facts about the geography of this ancient land!

In early China, borders made of deserts, mountains and the sea surrounded the country.

In particular, the large, unclimbable mountains in the south of the country protected China from foreign invasion during its early history.

China is surrounded by deserts in the north and west. The Pacific Ocean surrounds its shores in the east and mountains block direct access to the south.

Historians believe that this is the reason that China developed a very unique culture.

China has two very important rivers called the Yellow River (the Huang He River) and the Yangtze River. These two rivers are the longest two rivers in Asia, they span over 3000 miles.

These two rivers have been essential for trade across China. They also keep farmlands fertile which means that crops grow well. Rice grows very well along the Yangtze River. 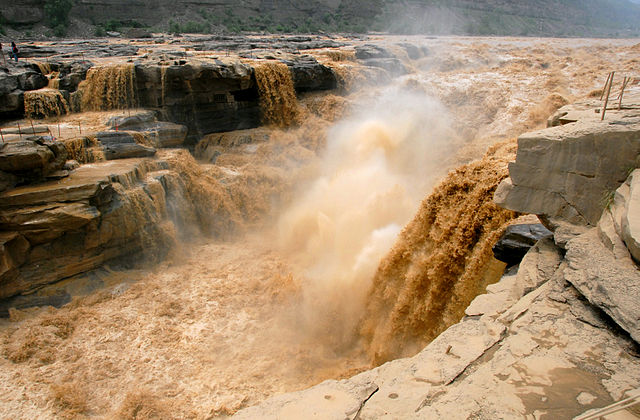 They are very old rivers. The first peoples of China are recorded as having lived in the regions surrounding the rivers.

Some people became very wealthy because of the trade carried out along these rivers.

A few of these wealthy people became powerful emperors. When an empire continued, and power passed from father to son, these empires became dynasties.

The first dynasty recorded along the Yellow River was called the Xia Dynasty.

The Yangtze River separates northern and southern China. Historians believe that this is where the Battle of the Red Cliffs was fought between the north and the south.

This battle happened when the Han Dynasty was losing control of China in 208 AD.

China does not just have the longest rivers in Asia, it also has some of the highest mountains, the Himalayas.

The highest mountain in the world, Mount Everest, is found in the Himalayas. These mountains are seen as sacred in Chinese culture. They are very influential in the religion of Buddhism. They are mentioned a lot in Buddhist writings.

Buddha himself knew the mountains. The Himalayas could be seen from Buddha’s hometown of Kapilavatthu (in the country of Nepal).

The mountains provided what is called a natural border. These mountains create a boundary between China and other civilisations.

They are a boundary between China and the countries of Bhutan, Nepal, northern India and Pakistan. More than any other borders in China, they protected China from foreign invasion.

These boundaries allowed China to develop its culture without a lot of influence from invasion from elsewhere.

China also wins the competition for the largest deserts. In Ancient China there was the Gobi Desert and the Taklamakan Desert. These did provide a natural border to a point.

However, there were nomadic Mongol peoples who lived in the Gobi Desert. Nomadic means they were constantly moving and did not have a fixed home.

They knew the deserts so well that they could navigate around them and cross these testing terrains to get from Mongolia to China. 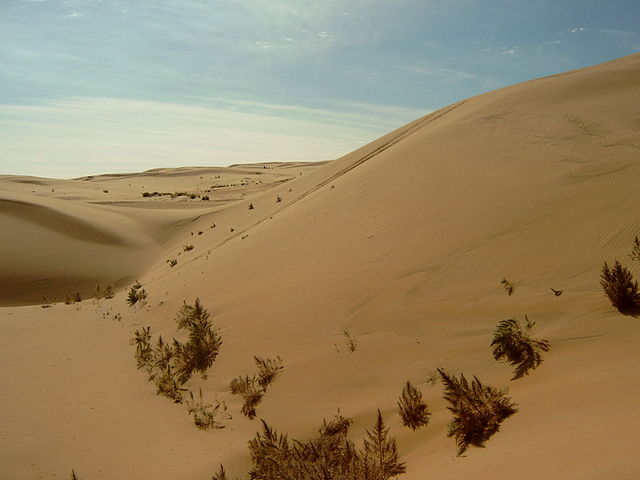 The Mongol peoples were impressive warriors and were a constant threat to northern China. They attacked China throughout its history.

Eventually, they did have a very successful invasion under Genghis Khan. The Chinese built the Great Wall of China to try to make a further barrier and create extra protection.