Today, we are very lucky because we can try foods from all over the world, even when they do not grow in the country that we live in.

For example, we can eat bananas and pineapple when they only grow in hot countries.

We can even cook food with Indian or Chinese origins nearly everywhere in the world because we can easily purchase the necessary ingredients.

In ancient times, rich people might be able to afford to enjoy some foods from abroad, but for most people, you ate what you could grow yourself.

If you couldn’t grow it, you might be able to trade with your neighbours but that was all. 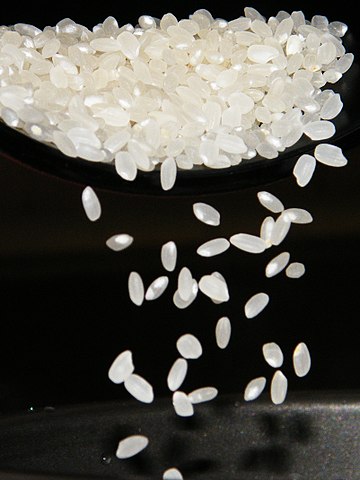 In Ancient China, rice and wheat both grew very well. Wheat grows in the north and rice needs a much warmer climate to grow, so it grows in the south.

Rice can make noodles (rice noodles) and of course be eaten as rice. Wheat can also make tasty noodles. Did you know that rice can also be made into flour?

This flour can be turned into dumplings or sweet or savoury cakes for special occasions.

Rice became a staple food in Ancient China. Staple foods are the one item of food that most people eat (usually the thing that grows most easily in that country).

In England, a peasant’s staple food was bread made from wheat. In China, it was rice. Most people would not be able to afford meat.

In China, there are many foods that have a very ancient origin.

There are records from over 2000 years ago about special festival foods that are still enjoyed to this day.

On Dragon Boat Festival, Duan Wu jie (pronounced ‘dwan wo zay’), people ate special food, a type of dumpling. This festival has been celebrated for over 2000 years.

The main food that has been eaten to celebrate this festival for thousands of years is Zongzi (sticky rice dumplings).

The Zongzi now have special fillings inside and are cooked by being wrapped in red leaves. 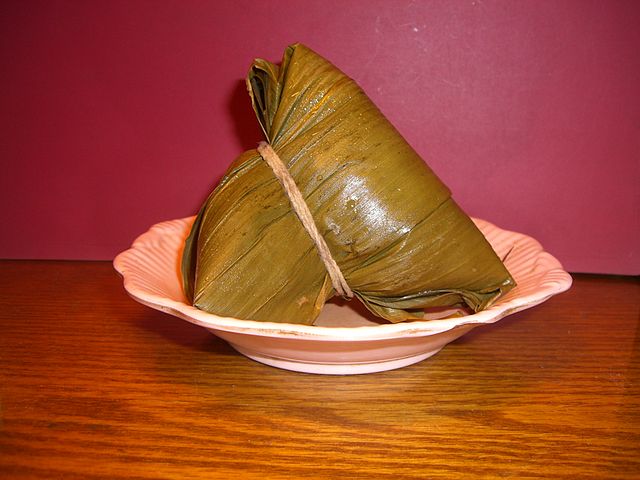 Dragon Boat Festival was celebrated to remember a poet, Qu Yuan. The legend is that he took his own life because his country was invaded.

To celebrate his life, it is said that people threw rice stored in a tube of bamboo into the river. They then wrapped the food up in leaves and string.

This resembles how the dumplings are cooked, which is by wrapping them in leaves and string and boiled in water.

To this day, people give this food as a present to their friends during Dragon Boat Festival.

A special moon cake is eaten for the mid-Autumn festival. This festival is over 3000 years old. There is evidence for this festival in the Book of Zhou Rituals.

It is a way of appreciating a harvest. During the Shang Dynasty (1600-1046 BC), moon worship began during this festival.

During the Tang Dynasty (618-907 AD), everybody began to celebrate the festival.

This is when people began eating moon cake. However, some historians think that moon cake was only eaten during the Yuan Dynasty (1271-1368 AD).

Mooncake has a pastry crust and the filling is made from red bean or lotus seed paste. It may also contain the yolks of salted duck eggs. 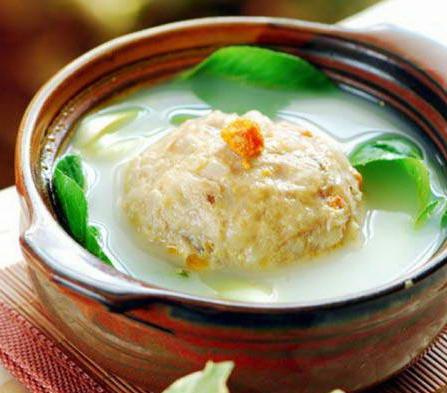 Chinese New Year is the third festival with ancient origins. It is thought that it began during the Shang Dynasty (1766 BC – 1122 BC).

A cake called Niangao is also eaten and this has been the case for over 1,000 years.