They united China but they could not keep their power forever. The Battle of Red Cliffs was fought to try to reunite China.

It was fought between Cao’s army and an alliance of warlords from the southern states. 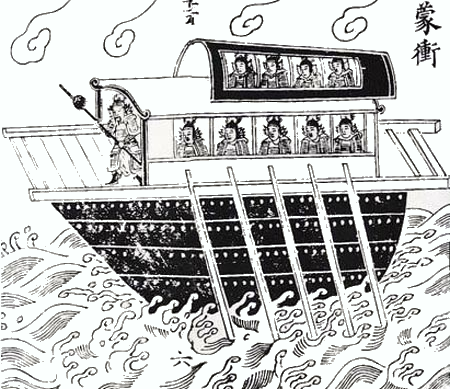 The Han Dynasty in trouble

The grip on Han power was weakening in the 2nd century AD. There were lots of corrupt monarchs who were not doing a good job of keeping people fed, safe and happy.

They were not looking after their people after floods and famine. People did not have enough to eat.

In 184 AD, a disaster struck the Han rulers. A group called the Yellow Turbans launched a rebellion against the Han monarchs.

These rebels were put down and did not take over the rule of the country.

However, the ruling monarchs lost a lot of their control over China. The Han Dynasty was now weakened.

A fight for control

A lot of the military commanders who had fought in the war took advantage of the Han’s weakness. They created little mini kingdoms for themselves all over the country called fiefdoms.

When Emperor Ling died in 189 AD, lots of different groups were trying to gain control. In 196 AD, a court official called Cao Cao had the Emperor under his control.

Trying to unify the country under one ruler was an enormous task. After everything that happened, China was on the brink of a civil war.

A civil war is when different groups within the same country fight for control. 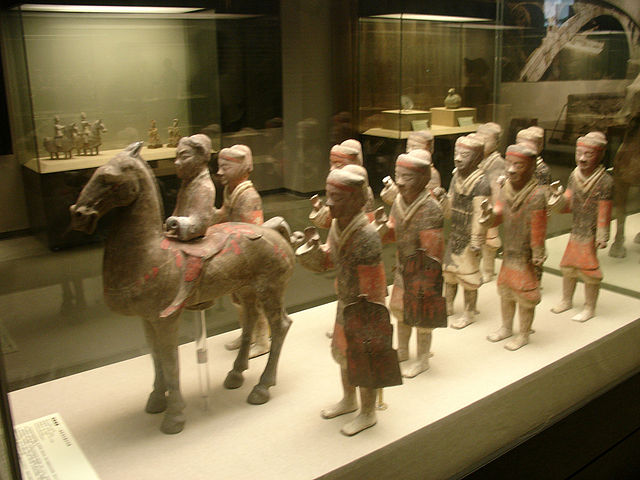 Cao did very well in putting down the rebellious warlords. He managed to reunite much of northern China.

However, he still needed to reunite the south. In the south, southern warlords, Sun Quan and Liu Bei, had created an alliance.

Sun Quan and Liu Bei were led by Cheng Pu and Zhou Yu.

In 208 AD, Cao decided to cross the Yangtze River to try to reunite all of the Eastern Han Dynasty. Cao’s army had 200,000 men.

He was the clear favourite to win. Cao now had to cross the Yangtze River. 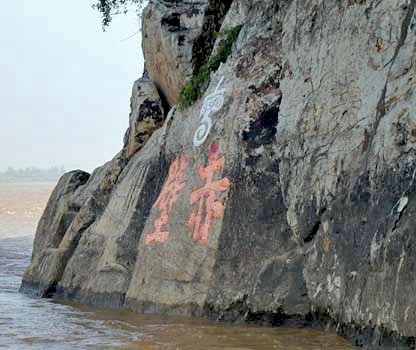 The southern warlords and their army were waiting on Red Cliffs and Cao’s ships were on the River Yangtze.

The southern warlords sent a note to say they had surrendered. Cao’s men thought they saw 10 warships sail away.

Suddenly, the ten ships set fire. It had all been a trick. There was no one on the ships, only oil and straw.

These blazing ships were heading towards Cao’s ships and there was nothing they could do.

Their ships were all tied together so they could not move. Cao’s ships caught fire and chaos followed.

Sun Quan and Lui Bei exploited this chaos and ordered a full-scale attack. Cao had no choice and had to retreat. Some people even changed sides and went to fight for the south.

Cao’s plan to reunite the south with the north had failed. Cao Cao was in control of the North. His kingdom was called the Kingdom of Wei.

This battle marked the end of the Han Dynasty and China moved towards the period of the Three Kingdoms.

This was when the three warlords strengthened their rule.