Urban sprawl is the act of towns and cities expanding into rural or undeveloped land. This has been happening since people began living in communities.

As the population increases in the community, more land is needed to accommodate their need for housing and everything else that is involved with life living in a community. 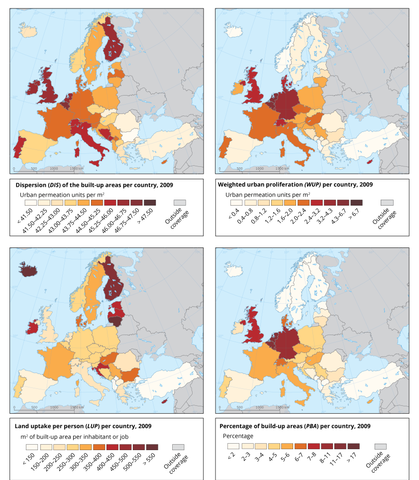 As a town or city becomes overpopulated, people have difficulty finding suitable and affordable housing in urban areas as a direct result of the competition for housing increasing and the prices for accommodation increasing.

As the population increases in these rural areas, the sprawl continues to areas further and further away from the city and town centres.

The ability to move out of city and town centres gives the average family the opportunity to raise their standard of living. Instead of having to depend on apartments and other multi-family dwellings, they have a choice to have an entire home of their own with a yard for a garden or for children to play in.

The only downside is that working adults have to commute to their places of employment. However, this is usually an acceptable trade-off.

With housing comes the infrastructure that is needed to support the new developments. Schools, churches, medical clinics, and/or hospitals, shopping areas, parks, green spaces, roads, and more gas stations are needed. Utilities such as electricity, water, and sewer need to be provided. New communities require land to be taken out of agriculture use and reassigned to be used to develop the area for more housing and businesses. Roads have to be constructed and maintained. Facilities for managing sewage and waste have to be expanded. Provisions for garbage pickup have to be provided and paid for.

A lot of the cost of building communities outside the city centres has to be borne by the taxpayers. Therefore, residential and business taxes have to increase.

With roads come increased traffic and traffic noise. More traffic accidents cause the greater need for police involvement. Fire departments have to be established to provide emergency services.

Urban sprawl causes damage to the environment, loss of agricultural land, and the loss of wildlife and their habitat. Certain communities have encroached on wildlife habitat and have had to contend with some wild animals wandering through the community causing damage to property, as well as pets and children being attacked. 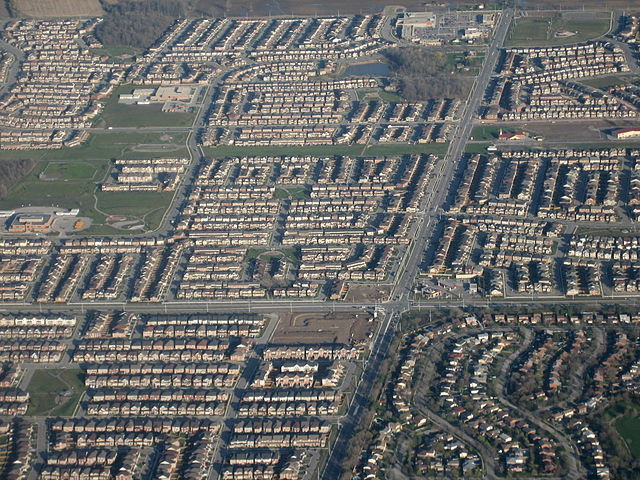 The other impact of urban sprawl is that neighbours no longer know each other. Families are more mobile and perhaps choose to move further out to newer communities. Social ties are weakened and people can no longer depend on their neighbour for help or for social get-togethers.

Children have fewer ways to interact with other children in the neighbourhood except while at school. Now there is a need for community centres to provide places for physical activities like hockey, skating, swimming, tennis, and other sports.

Urban sprawl is a fact of life that will continue for as long as people need to find housing for their families. Rural areas eventually become very much like city centres and the people look for new areas to put down roots. So more trees are cut down, more agricultural land is used, and the more our environment is impacted – not always is a constructive way.