The tropical rainforest biome is located near the equator. It is the most complex and diverse of all the biomes. 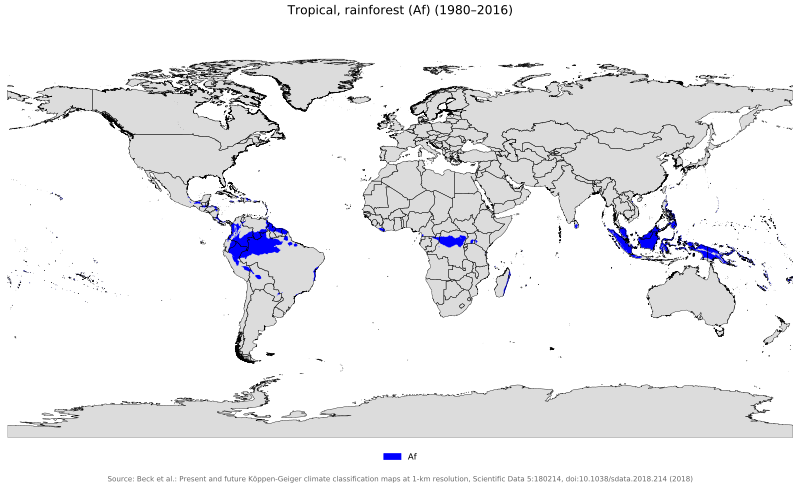 Tropical rainforests are found in South America, Africa, and Southeast Asia and below elevations of 3,000 feet.

Life Under the Canopy

Tropical rainforests are known for their thick canopies and the vegetation that it contains.

There are three layers to canopy vegetation. The top layer is made up of trees that grow up to 250 feet tall. These trees have large umbrella shaped canopies that stop sunlight from reaching much of the lower areas of the tropical rainforest. The upper layer is also made up of vines that have climbed the trees to gain access to the sun. 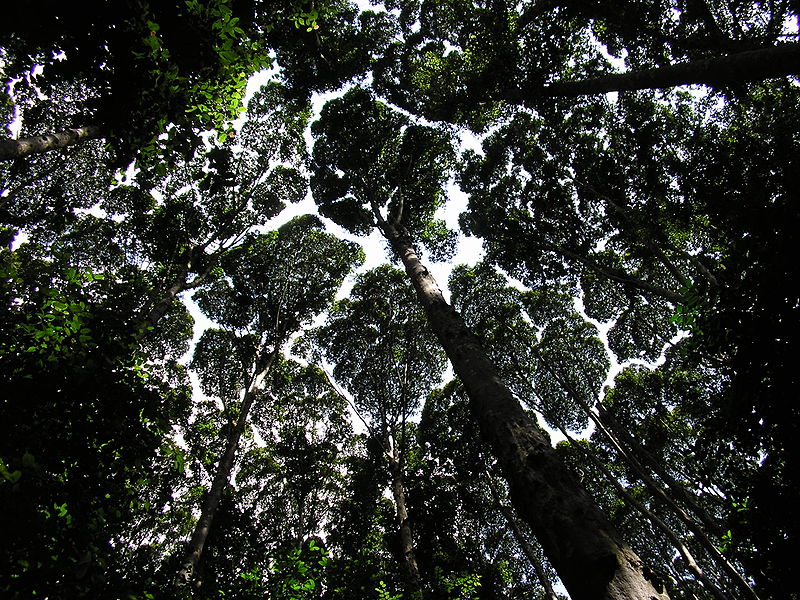 The middle layer is called the understory. The understory is made up of smaller trees, ferns, and vines.

The bottom layer is the rainforest floor. It is made up of leaves and other decomposing material. Not many plants live on the floor of the rainforest due to the lack of sunlight.

The floor of the rainforest is rich with bacteria and other organisms that feed on decomposing leaves. The decomposition happens so quickly that the nutrients are absorbed by the quickly growing plants and little makes it to the soil. This leaves the soil in tropical rainforests mostly infertile and acidic.

Tropical rainforests receive between 60 to 160 inches of rain a year.

It is usually between 70 and 85 degrees Fahrenheit all year round.

Humidity within tropical rainforests is quite high – usually 77-88% year-round. This is due to the large amount of rainfall, as well as the canopy which blocks most wind from reaching the lower levels of the rainforest.

The warm weather and large amounts of water of tropical rainforests make a wonderful environment for plants.

In order to access sunlight and gain access to water, plants have adapted in several ways. Some grow long branches to reach up to the highest part of the canopy ceiling. Others have vines that climb on trees. Another adaptation is to abandon photosynthesis and live on the floor of the rainforest.

Trees usually have smaller leaves the higher up in the canopy they are. Smaller leaves allow the leaves to withstand whatever winds reach them. Plants that are further down deal with less wind and need larger leaves to catch as much sun as possible. 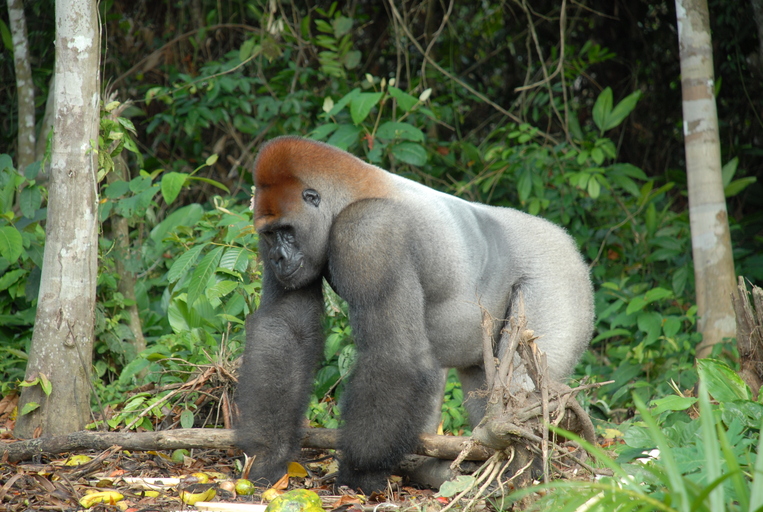 Some have adaptations that allow them to spend much of their time in trees, like prehensile tails. Others have changed their diets to eat much of the fruits that the trees produce.