The taiga forest is also called the boreal forest. It is made up of almost a continuous growth of coniferous forest.

This biome is in the Northern Hemisphere and covers the land between tundra and temperate forest. The taiga biome is found in Canada, Alaska, Scandinavia, and the Siberia region of Russia.

The region that taiga forest covers was completely covered by glaciers in previous ice ages.

Permafrost and the large amount of rock found in the taiga soil limits water from draining from the region. This can create special bogs found only in the taiga called muskegs. Muskegs can look like solid land, as they are covered with moss, grass, and even trees.

Taiga forests are known for their long, cold winters. Winter can last up to six months, and there may be only 50 to 100 days that are frost free during the short summer season. 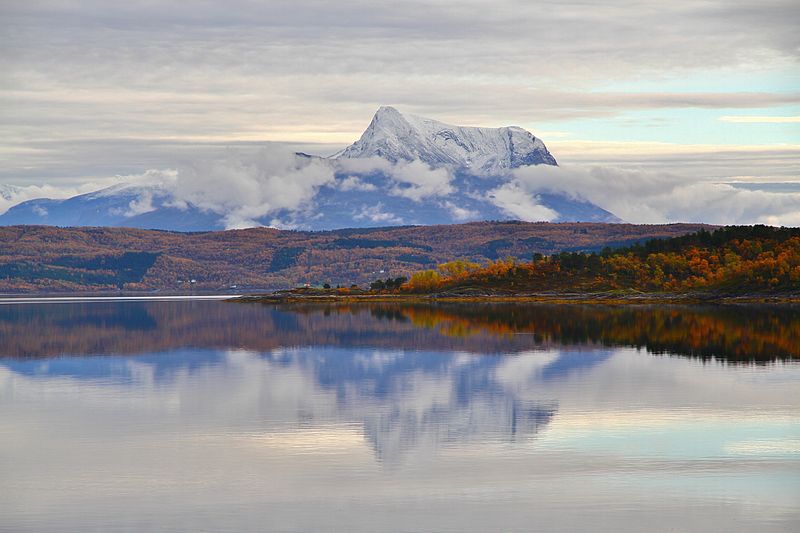 Day length can affect the temperature of the taiga. Its high geographic location means the taiga has long winter nights with very short days. The shorter days allow the snowpack to last between five and eight months of the year.

The taiga is made mostly of thick coniferous forest. The most common trees are spruce, pine, and fir.

Coniferous trees have needles instead of leaves. While most trees with leaves will lose them during autumn months, coniferous trees never lose their needles. 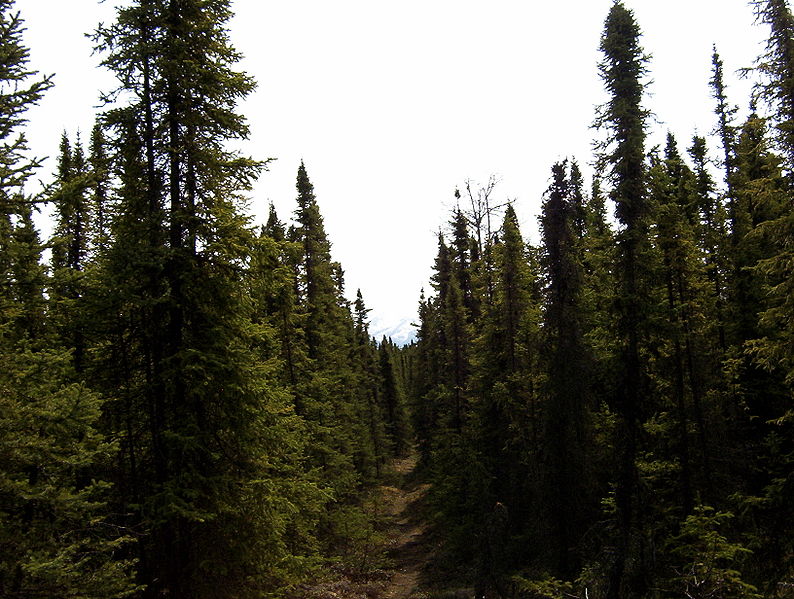 The coniferous trees of the taiga have adapted to survive the region. Their triangle shape lets them catch as much of the sun’s rays as possible. The shape also allows the tree to shed snow without breaking branches. Coniferous needles also have very little sap so that they are less likely to freeze during the cold winters.

The taiga is a difficult place for plants that are not coniferous trees to survive. The larch is the only deciduous tree that is found in the taiga.

One third of the taiga floor is covered by moss. Lichen is also found on the forest floor as well as on many tree trunks.

Adaptations are necessary for animals to survive in the taiga. The most obvious adaptations have to do with surviving the cold. Other animals have adaptations that allow them to walk on the snow without falling through, or change the color of their fur to blend in.

The birds located in the taiga mostly eat rodents. Many birds migrate south during the cold winter months.

The largest animal found in the taiga is the moose. Moose prefer to eat the leaves of trees and shrubs found near streams or bogs.

The carnivorous animals of the taiga are largely made up of bears, lynx, and wolves.