Land pollution happens when humans either directly or indirectly cause the natural composition of soil to be disturbed, damaged, or contaminated. Land is polluted when it can no longer be used for agriculture or cannot support flora and fauna.

Natural occurrences can also be a cause of land pollution, such as landslides, soil erosion, and droughts but the biggest cause of the destruction of our planet is industrialization and urban sprawl. 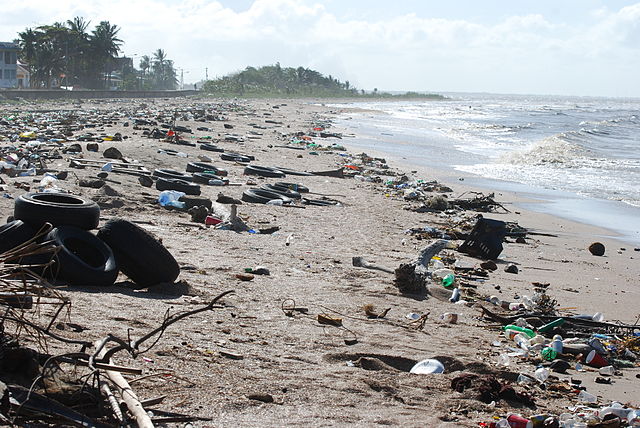 With the increasing demand for food, agriculture has been transformed with the help of science. New fertilizers, pesticides, and herbicides have been introduced to successfully increase the yields of farm crops. However, as they are essentially toxic chemicals, they are leached into the soil and over time the soil becomes poisonous.

Wherever you find homes, hospitals, schools, and businesses, you will find trash. This trash is made up of mostly non-biodegradable materials and taken to landfills.

Whatever can’t degrade, such as glass, metal, and plastic will never decompose and will stay in the landfills or underground forever. This is why there has been a concerted effort to convince people to stop using plastics, especially “single-use” plastics. Besides disturbing the land by excavating and clearing the green or treed areas, mining relies on heavy metals and toxic chemicals in the various processes. These toxic substances leak into the ground and can leach into water tables underground.

Of all the activities in the world, industrial waste is the greatest source of pollution. As the populations around the globe expands, so do factories, oil refineries, energy power plants, pharmaceutical companies.

They produce metals, plastics, paints, synthetic materials, and chemical products and produce massive amounts of waste that has to go somewhere – mostly shipped to landfills.

With the population around the world exploding, there is an increasing need for construction: homes, roads, electrical plants, gas stations, stores, hospitals, schools, offices, warehouses, and the list goes on. Every construction project produces waste.

It could be concrete, glass, metals, bricks, plastics, or wood. All the debris has to go somewhere. Guess where!

Nuclear plants produce vast amounts of energy through the act of nuclear fission. This energy is extremely useful for powering electrical plants but the matter that is left behind is radioactive and contains deadly chemicals.

Nuclear waste can never be destroyed and if people come in contact with it, they can die. As a precaution, nuclear waste is usually buried. This, however, does not erase the problem as it still has the potential to leak into the ground and eventually into underground water systems.

For almost all of urban growth, agricultural and industrial endeavours, land must be cleared of forests. This can be the cause of erosion especially on exposed hills. The other damage is the resulting lack of habitat for wild animals and birds.

In some areas of the globe, deforestation has been the cause of the extinction or near extinction of some species of animals. An excellent example is the deforestation in Malaysia and Borneo to make room for palm trees and the demolition of habitat for orang-utans.

Although land pollution is a severe problem throughout the world, not enough is being done to require companies through legislation to reduce their contribution to the destruction of our planet.