The force of flowing water from streams and rivers has been used by man since ancient times.  Waterwheels and paddle wheels are still used in many underdeveloped countries of the world to irrigate land, to produce the energy needed for grist mills and lumber mills. Flowing water is the most abundant renewable resource in almost every continent. The main use of waterpower today is to generate electricity from power plants in dams. The flow of the water and the drop (change in elevation) is what determines the amount of power that is produced. This is why dams are built to take advantage of the water flowing through the dam and the height the water falls.

It is logical to plan and build a dam wherever there is a large river or a natural waterfall. Many dams have been built and land has been flooded to create a waterfall where one did not exist naturally. Modern hydropower plants produce electricity by using flowing water to spin turbines connected to electromagnetic generators.

Using hydropower eliminates the pollution caused by coal, oil, and gas to produce electricity. Hydropower is not at the mercy of the rise and fall of commodity prices in financial markets around the world.

Hydropower plants provide other benefits as well. They control flooding and provide water for irrigation projects. As well, the lakes created by holding water behind dams provide areas for recreational activities, such as boating, swimming, and fishing. 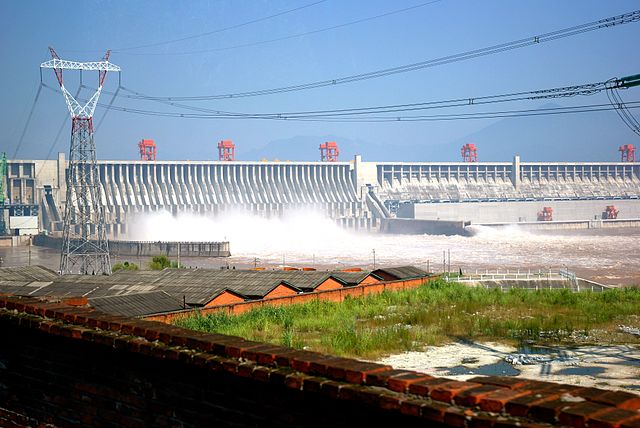 Changing the way water flows naturally can impact the ecosystem of the area. This can disturb or destroy breeding areas for fish.

Dams and power plants are extremely expensive to build and require extensive funds and labour to clear the land in preparation, laying the underwater foundations, and sourcing the materials for construction.

Dams can cause a scarcity of water in other areas of the country and even droughts. This can interrupt farming practices and a source of income to people affected by the unavailability of water they previously depended on.

Those who live downstream from a dam are in danger should the dam burst. They are also in danger when flooding happens if water is suddenly released by the dam to lessen the pressure of backed-up water. Peoples’ livelihood could be threatened and lives could be lost.

The reservoirs created by the dams cover vast amounts of vegetation. This vegetation emits carbon dioxide and methane into the air as it rots and this adds to pollution levels. 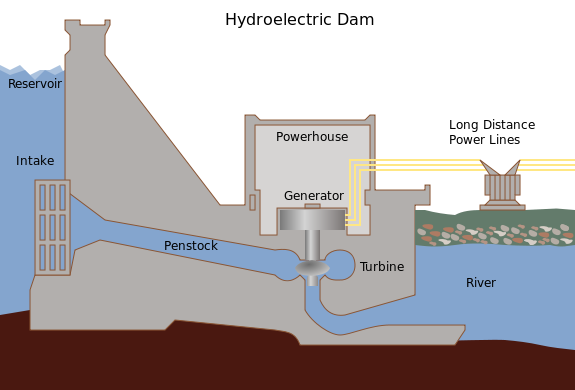 After all the pros and cons are compared, hydropower is still the most reliable and clean source of electricity. It offers electricity that is not susceptible to fluctuations or weather conditions. The flow of water through the dam can be adjusted as more power is needed.