What is a cell?

Cells are often referred to as the building blocks of life. All living things, including humans, animals, plants, and bacteria are made up of cells.

Cells are so tiny that you cannot see them.

Humans and animals are actually comprised of trillions of cells, while there are some organisms (like bacteria) that are single-celled, meaning that their entire being is just one microscopic cell. 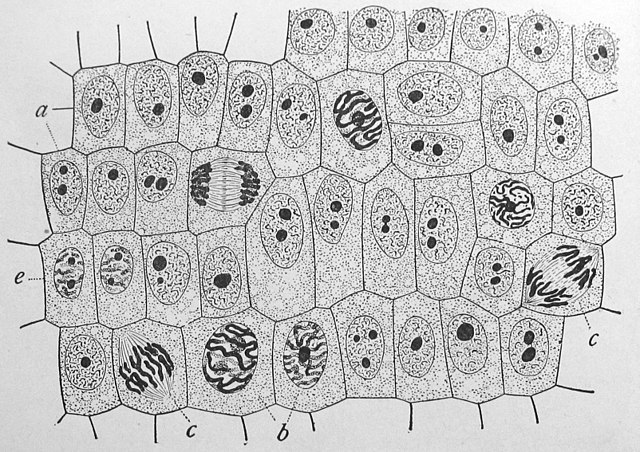 What are the different kinds of cells?

There are many different kinds of cells, and they are sorted into types primarily based on what purpose they serve, or what their function is.

For instance, there are brain cells that function in the brain, but also cells that make up the skin, hair, and other parts of the body.

The two main categories of cells are called eukaryotic and prokaryotic. The main difference between these two types is that eukaryotic cells are larger, more intricate, and make up plants and animals.

Prokaryotic cells are smaller and usually found in single-celled organisms.

Additionally, eukaryotic cells contain the DNA, or the genetic code, for the plant or animal that they make up. This DNA is stored in the nucleus of the cell.

Prokaryotic cells, however, do not have nuclei (the plural of the word nucleus). They do have three primary components, including an outer protective layer, a flagella (sometimes), and cytoplasm.

The outer layer of prokaryotic cells includes a cell wall for protection, a cell membrane, and a capsule. A cell’s flagella is an appendage, similar to a tail or a limb, that can help the cell move, though not all prokaryotic cells have them.

What are the components that make up most cells?

The majority of cells have components such as a cell membrane, cytoplasm, and a nucleus, as mentioned above, plus mitochondria, ribosomes, and lysosomes.

As mentioned above, the cell membrane acts like a protective wall around the cell. It regulates what kind of substances can go in and out of the cell.

The cytoplasm is a fluid that fills the inside of the cell. The nucleus holds the cell’s DNA and can be considered the “brain” of the cell.

Mitochondria provides energy for the cell by metabolizing food and oxygen, ribosomes generate proteins from the DNA in the nucleus to help the cell function, and lysosomes remove waste material from the cell. Biologist Robert Hooke is credited with the discovery of cells.

The eggs that you eat are technically considered single cells—the largest one is an ostrich egg.

There are more cells of bacteria living on the human body than there are human cells.

The name for the cell is derived from cellula, a word in Latin that translates to “small compartment.” This term was then used to describe biological cells and jail cells.

Now, it’s quiz time so you can test your knowledge!