The heart is the primary organ in your circulatory or cardiovascular system. It is responsible for circulating blood throughout your body.

Blood transports oxygen and other nutrients to your body and brings back carbon dioxide to be removed from the body. Oxygenated blood travels through arteries, arterioles, and capillaries. Blood returns to the heart through veins and venules. 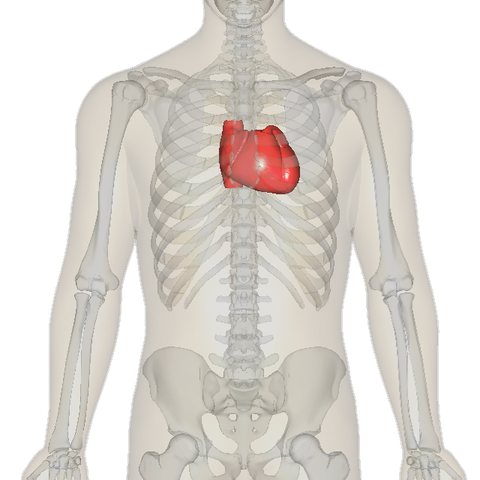 Parts of the Heart

The human heart is located between the lungs and behind the breastbone. It rests atop of the diaphragm.

The heart is predominantly made up of thick muscle. The thickest muscle is called the myocardium. It is covered on the outside by a thin layer of tissue called pericardium, and on the inside by called endocardium. The heart is anchored in position through the pericardium.

The heart is about the size of an adult’s fist and usually weighs between 8 and 12 ounces. 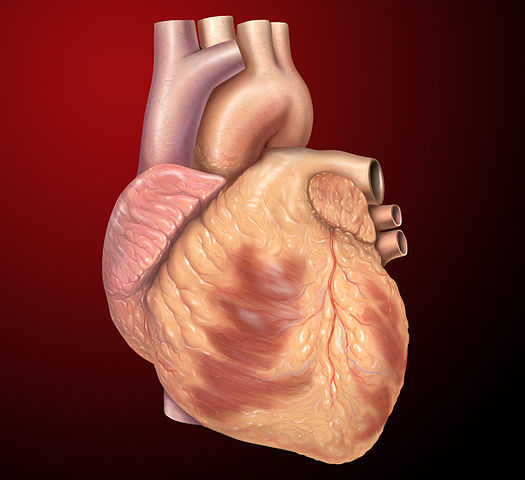 In the lungs the blood rids itself of any carbon dioxide and picks up oxygen that the lungs have inhaled. Blood leaves the lungs and then enters the left atrium. The left atrium pumps the blood to the left ventricle, where it is then pumped to the rest of the body. This is called the systemic circuit.

Blood only flows one way throughout the heart. Valves between the atria and ventricles prevent any blood from flowing backwards.

Coronary arteries run across the surface of the heart. They provide oxygen to the heart so that it can function. The heart beats as the myocardium alternately contracts and relaxes. The sinoatrial node sends electrical impulses to the atria causing the muscles to contract. Another node, the atrioventricular node, does the same with the ventricles.