There is a specific structure that is critical to one type of cell, and is not included at all in another kind of cell.

That structure is the chloroplast, and they are found in plant cells, but not animal cells. They are extremely important organelles for the survival of plant cells.

The primary function of a chloroplast is to convert rays of sunlight into energy that plants can feed off of, in a process called photosynthesis. 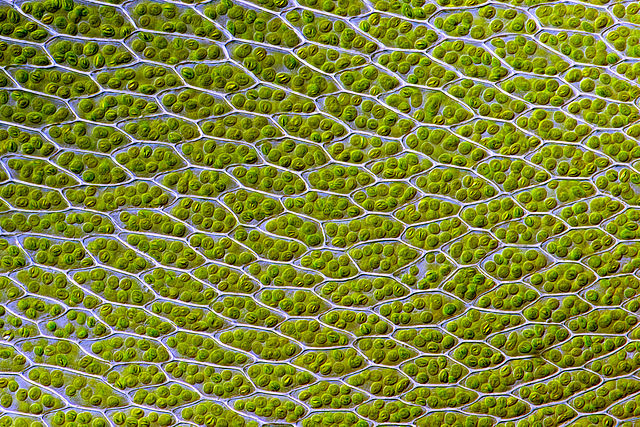 What is the structure of a chloroplast?

The inner membrane of a chloroplast is much like a cell membrane, in that it regulates what substances can and cannot pass through into or out of the chloroplast and the cytoplasm.

The stroma of a chloroplast is the liquid that fills the inside of the inner membrane, much like the cytoplasm of a cell. Inside the stroma are thylakoids, or small sacs of a substance called chlorophyll granum.

The many chlorophyll granum are linked together by little structures shaped into disks, called lamella. Pigments in chloroplasts are what give color to plants. As you can guess, the most common pigment found in chloroplasts and on plants is green.

Chlorophyll is a specific substance that helps in the process of photosynthesis, or creating energy from sunlight. Chlorophyll is also indigestible for humans, which is why human beings cannot live by eating grass (although, of course, there are many plants humans can eat).

Other structures that chloroplasts have that are similar to other organelles are proteins and DNA, similar to mitochondria and ribosomes. 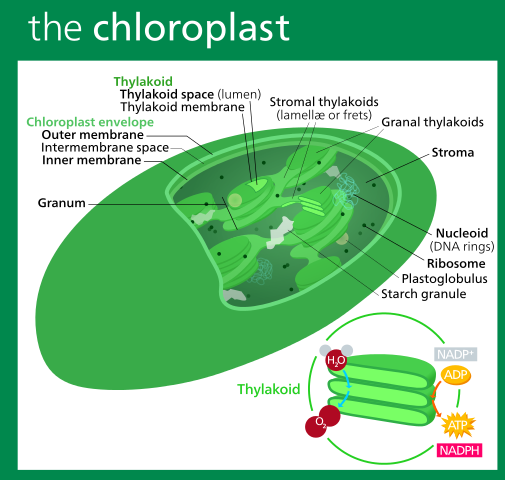 How does photosynthesis work?

As mentioned before, chloroplasts are specific plant cell organelles with the responsibility of converting sunlight into food or energy. The most important part of the chloroplast for this function is the chlorophyll, which absorbs and stores light energy in the form of ATP.

Like many other cell structures, chloroplasts have a primary function, but they can also engage in other kinds of functions. For instance, in addition to energy production, the chloroplasts of a plant cell help the cell’s immune system functioning.