Uranus is the seventh planet from the Sun. You unfortunately can’t see it with the naked eye.

Uranus is tipped over on its side with an axial tilt of 98 degrees. It is often described as ‘rolling around the Sun on its side.’ 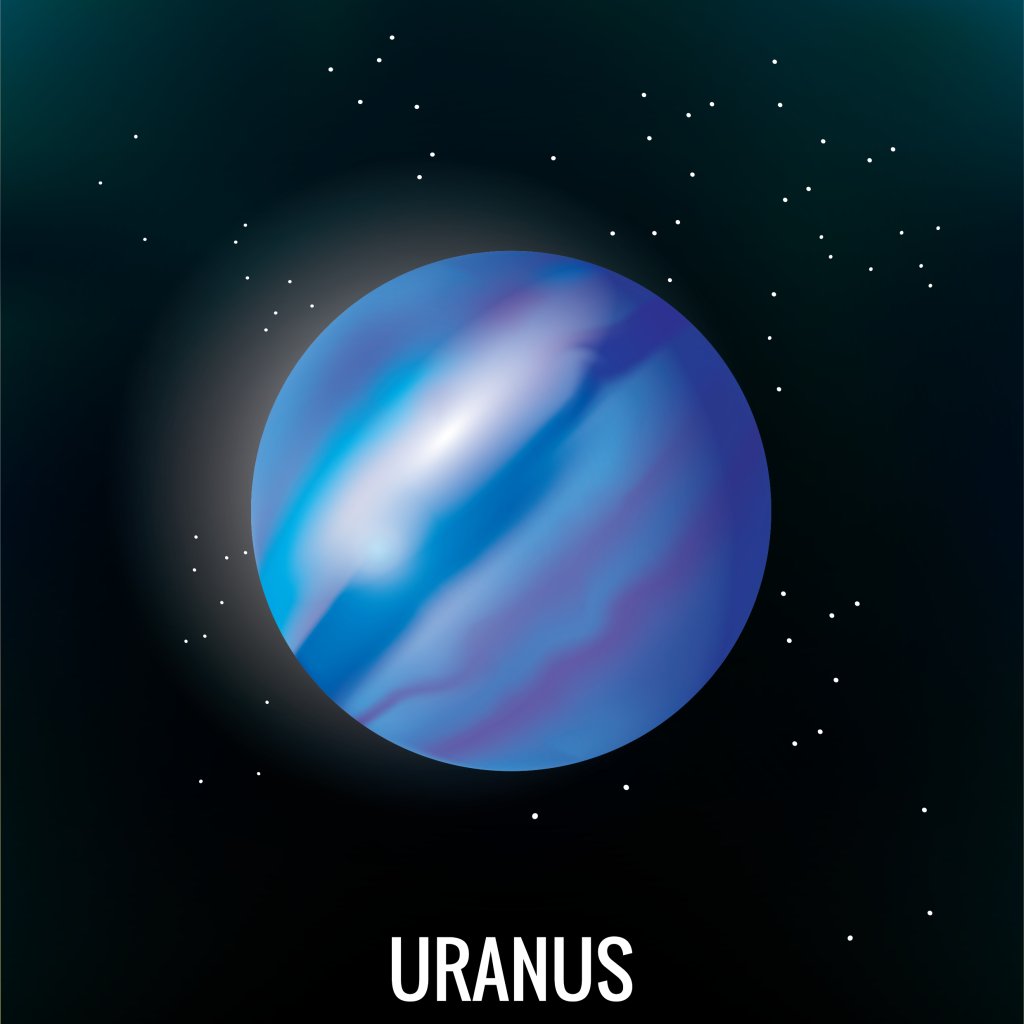 How often does Uranus turn on its axis?

Uranus actually turns on its axis once every 17 hours and 14 minutes. Uranus spins in the opposite way to how the Earth spins and how most of the other planets spin too. It’s called a retrograde direction.

How often does Uranus make a trip around the Sun?

Uranus makes just one trip around the Sun every 84 Earth years. During some parts of its orbit, one or another pole is always pointing directly at the sun.

Up there, the planet gets around 42 years of direct sunlight. For the rest of the time, the planet is in darkness. 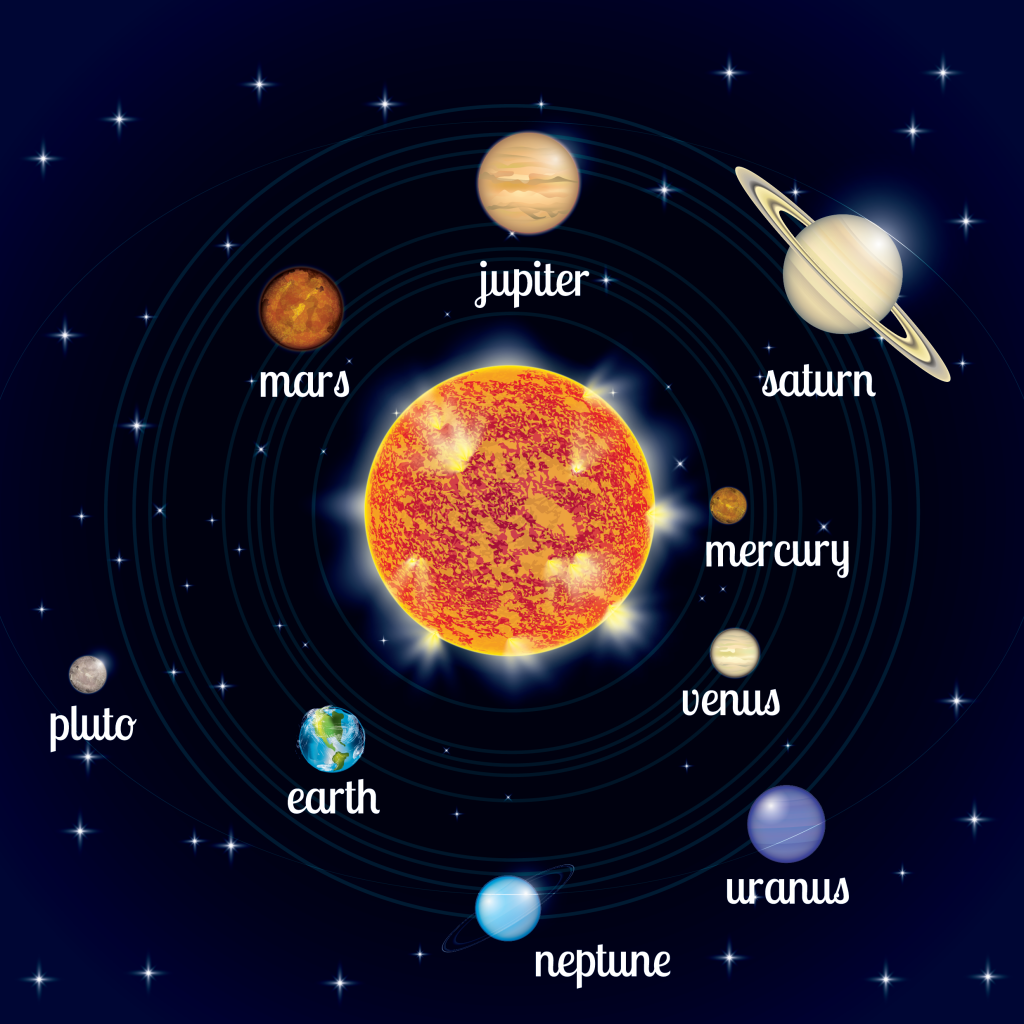 How far is Uranus from the Sun?

What type of planet is Uranus?

Uranus is often called an ‘ice giant’. Just like the other gas giants, it has an upper layer of hydrogen, with some helium mixed in too.

Below that is an icy mantle which surrounds a rock and ice core. The upper atmosphere is made of water, ammonia and the methane ice crystals that give it that awesome pale blue color.

What is the temperature on Uranus?

Uranus gets the coldest temperatures out of any of the planets. It has a minimum atmospheric temperature of -435°F (-224°C). Uranus is nearly the coldest planet in the entire solar system.

Although Neptune doesn’t get as cold as Uranus, it is generally colder on average than Uranus.

The upper atmosphere of Uranus is covered by a methane haze which hides the storms that take place in the cloud decks.

Does Uranus have rings?

Yes it does. Uranus has two sets of rungs that are very thin and dark. The ring particles are small, anywhere from the size of dust-sized particle to small boulders. There are eleven inner rings and two outer rings.

They probably formed when one or more of Uranus’s moons were broken up by an impact. The first rings were discovered in 1977 with the two outer rings being discovered in Hubble Space Telescope images between 2003 and 2005.

What are Uranus’ moons named after?

Well this might surprise you, but each of the moons is named after characters created by William Shakespeare and Alexander Pope. The moons include Oberon, Titania and Miranda.

All of them are frozen worlds with dark surfaces. Some are ice and rock mixtures.  The most interesting Uranian moon is Miranda; it has ice canyons, terraces, and other strange-looking surface areas.

How many space missions have flown by Uranus?

There has only been one mission that flew by Uranus. In 1986, the Voyager 2 spacecraft swept past the planet at a distance of 50,641 miles (81,500 kilometers). It returned the first close-up images of the planet, its moons, and rings.