Mercury is the smallest planet in the solar system, and the closest to the sun. It’s just 58 million km (36 million miles) from the sun.

During daytime it’s also the hottest planet, but at night the temperature drops to well below freezing!

Let’s learn some cool facts about this planet.

This is because Mercury has no atmosphere, so there’s nothing to trap the heat. That means it gets very, very cold when night falls.

Mercury may be a small planet but it’s also a very interesting one; it has a magnetic field, like Earth, and a molten core. 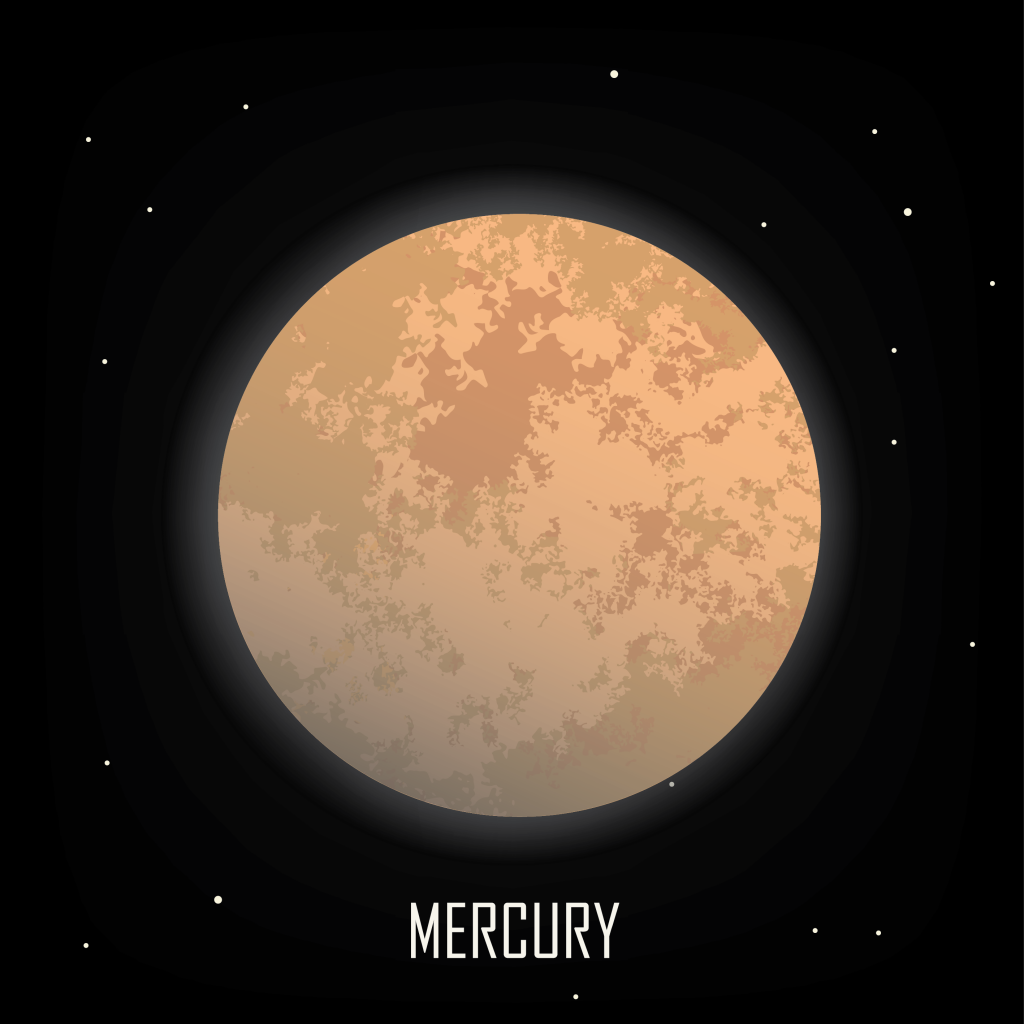 Mercury is the smallest planet in the solar system. In fact it’s only slightly larger than Earth’s moon.

One day on Mercury (the time it takes the planet to rotate once) lasts 59 Earth days.

How Long is a Year on Mercury?

A year on Mercury (the time it takes the planet to go round the sun once) lasts 88 days. There are less than two Mercury days in a Mercury year!

Unlike most planets Mercury has no moons. It doesn’t have rings either, like Saturn does.

How Did Mercury Get Its Name?

Mercury is named after the Roman messenger god because it orbits the sun so quickly.

Because Mercury is so small it doesn’t have much gravity; it’s only 38% as strong as Earth’s. This, and the very hot daytime temperatures, is why the planet has no real atmosphere; the hot gas would just float away into space.

Mercury does have an exosphere, which is like an atmosphere but so thin its atoms never come near each other.

Atoms from the exosphere are constantly escaping into space, but are replaced by new ones caught by gravity – for a while. 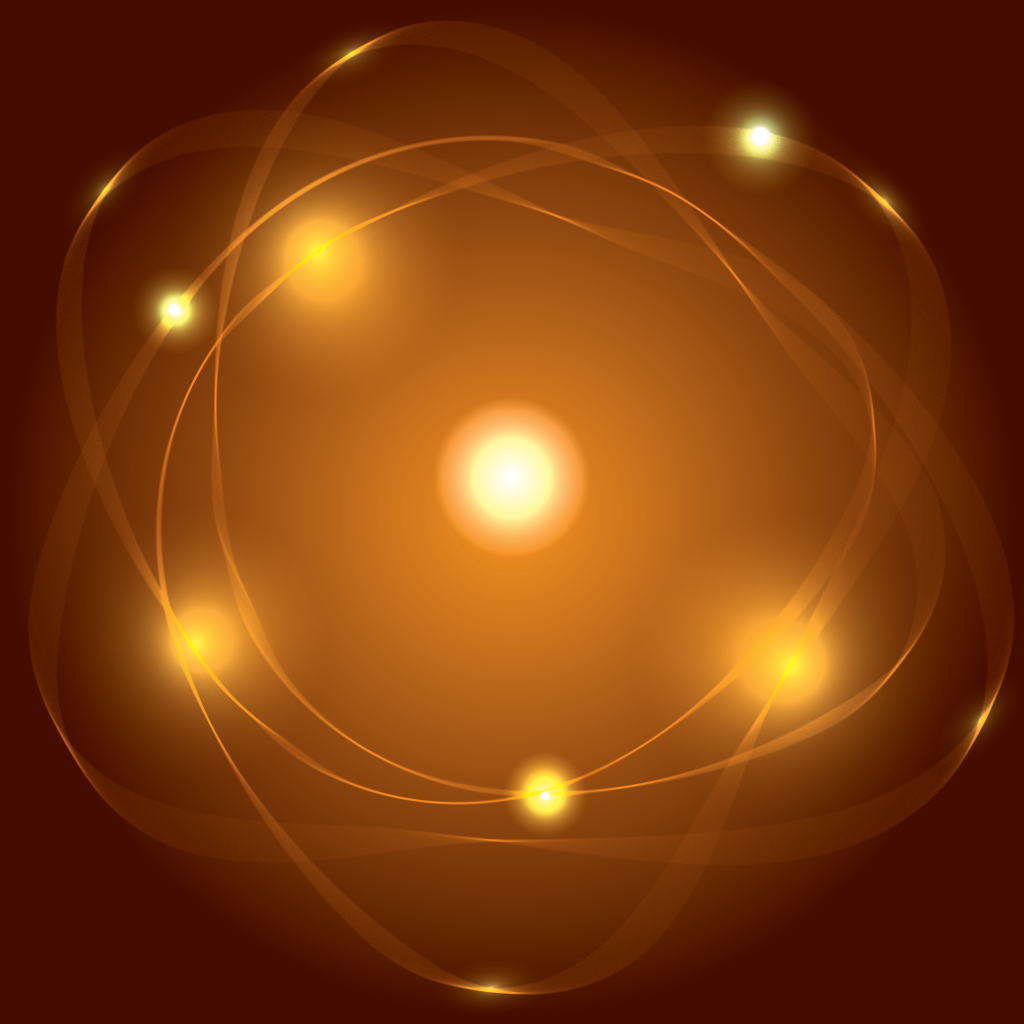 The atmosphere is mostly hydrogen and helium. There’s some water vapour too; astronomers think that comes from comets that sometimes hit the planet.

Because there’s no atmosphere to burn meteorites before they hit the surface Mercury is covered with craters, just like the moon. There’s also no rain or wind to wear away craters once they’re formed, so they last for millions of years.

What is the Temperature on Mercury?

During the day temperatures on Mercury rise to 806°F (430°C) at the equator. When night falls the heat quickly escapes into space and temperatures drop to a chilly -292°F (-180°C).

The coldest place on Earth, near the South Pole, only gets to -133.6°F (92°C). The hottest place, in California’s Death Valley, sometimes reaches 199°F (93°C). Mercury’s temperatures are much more extreme.

Despite the high temperatures, there are craters at Mercury’s poles where the temperature is always below freezing.

That’s because the bottom is always in shadow. Astronomers think there’s ice at the bottom of them. It never melts; if it did it would evaporate instantly.

How does Mercury Orbit the Sun?

From the surface of Mercury the sun would look three times as large as it does from Earth.

Like Earth, Mercury has a core of molten iron. That means it also has a magnetic field, because the planet’s rotation turns the core into a huge dynamo.

Photos from probes show that Mercury had volcanic activity in the past, but it doesn’t now.

How Thick is Mercury’s Crust? 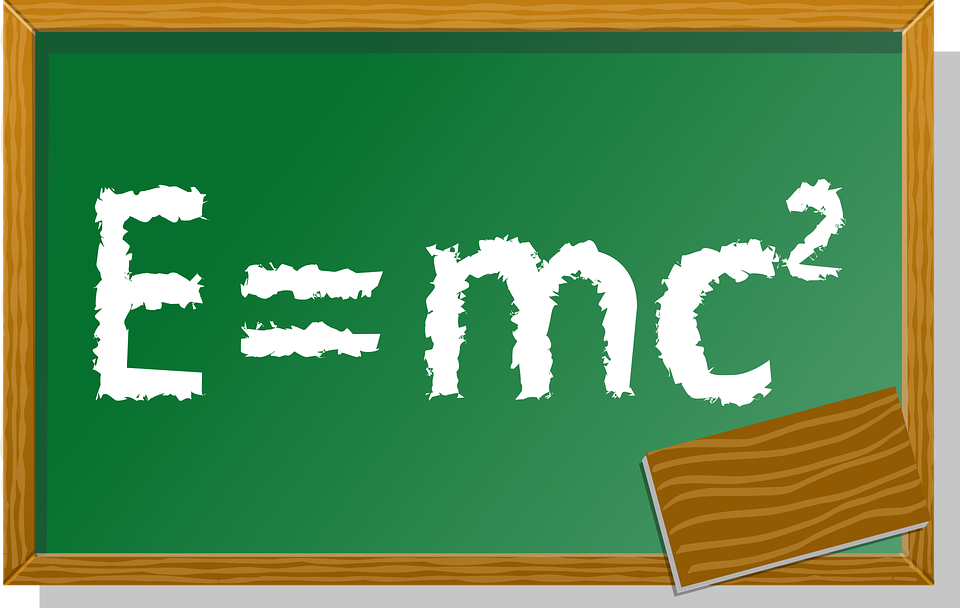 Assyrian astronomers were probably the first to see Mercury, in the 14th century BC. The Babylonians knew about it and, like the Romans did later, named it after their messenger god – Nabu.

The first person to observe Mercury through a telescope was Galileo Galilei in the 17th century. Mercury was harder to observe than the other planets because it’s so close to the sun; it’s only visible for short periods before dawn and after dusk.

The first spacecraft to visit Mercury was Mariner 10, which flew past the planet three times in 1974 and 1975. It came as close as 203 miles (326km) and, to NASA’s surprise, detected a magnetic field.

Another NASA probe, MESSENGER, reached Mercury in 2008. It flew past the planet three times, then went into orbit around it in 2011.

In 2015 it ran out of fuel, and crashed into Mercury on April 30 – the first man-made object to reach the planet.

Because Mercury is so close to the sun, with its huge gravity, it takes more fuel to reach the planet than it does to fly right out of the solar system.