Want to know more about Jupiter? Well here are our top facts about this extraordinary planet.

The planet Jupiter is the fifth planet out from the Sun, and is two and a half times bigger than all the other planets in the solar system combined.

It is made mostly made out of gases and is therefore known as a ‘gas giant’. 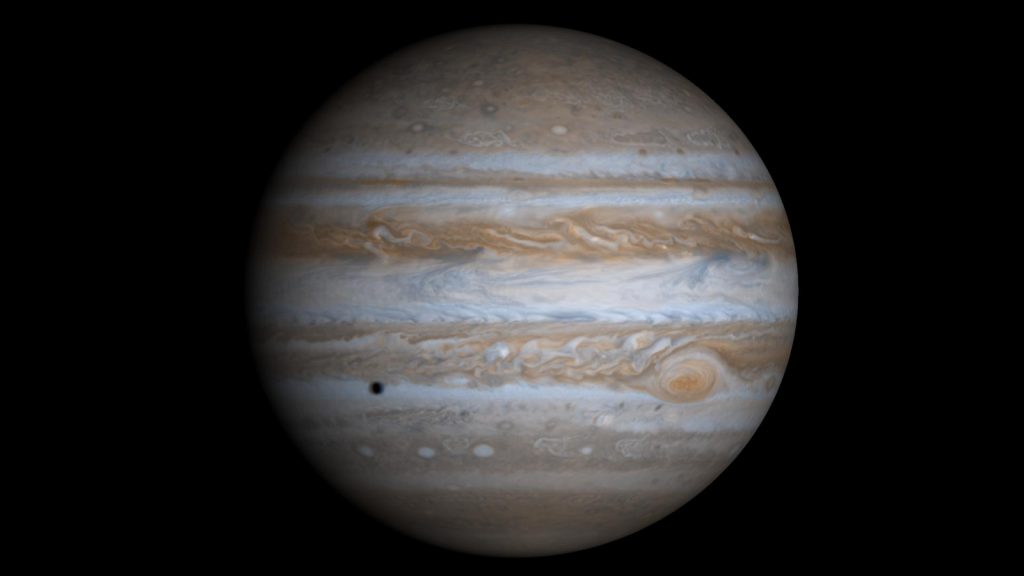 How far is Jupiter from the Sun?

Jupiter is the fourth brightest object in the solar system. Only the Sun, Moon and Venus are brighter. It is one of five planets visible to the naked eye from Earth.

Who were the first People to Discover Jupiter?

The ancient Babylonians discovered Jupiter around the 7th or 8th century BC. Jupiter is named after the king of the Roman gods. To the Greeks, it represented Zeus, the god of thunder.

The Mesopotamians saw Jupiter as the god Marduk and patron of the city of Babylon. Germanic tribes saw this planet as Donar, or Thor.

Jupiter has the shortest day of all the planets

It turns on its axis once every 9 hours and 55 minutes. The quick rotation flattens the planet slightly, giving it an oblate shape, which means that is flattens out at the poles and bulges out at the equator.

Jupiter orbits the Sun once every 11.8 Earth years

Jupiter looks like it moves really slowly in the sky, taking months to move from one constellation to another.

What Unique Features does Jupiter have?

The upper atmosphere of Jupiter is divided into cloud belts and zones. They are made mostly of ammonia crystals, sulfur, and mixtures of the two compounds.

What is the Great Red Spot?

It is a massive storm on the planet and has been raging along for at least 350 years. It is so large that three Earths could fit inside it. 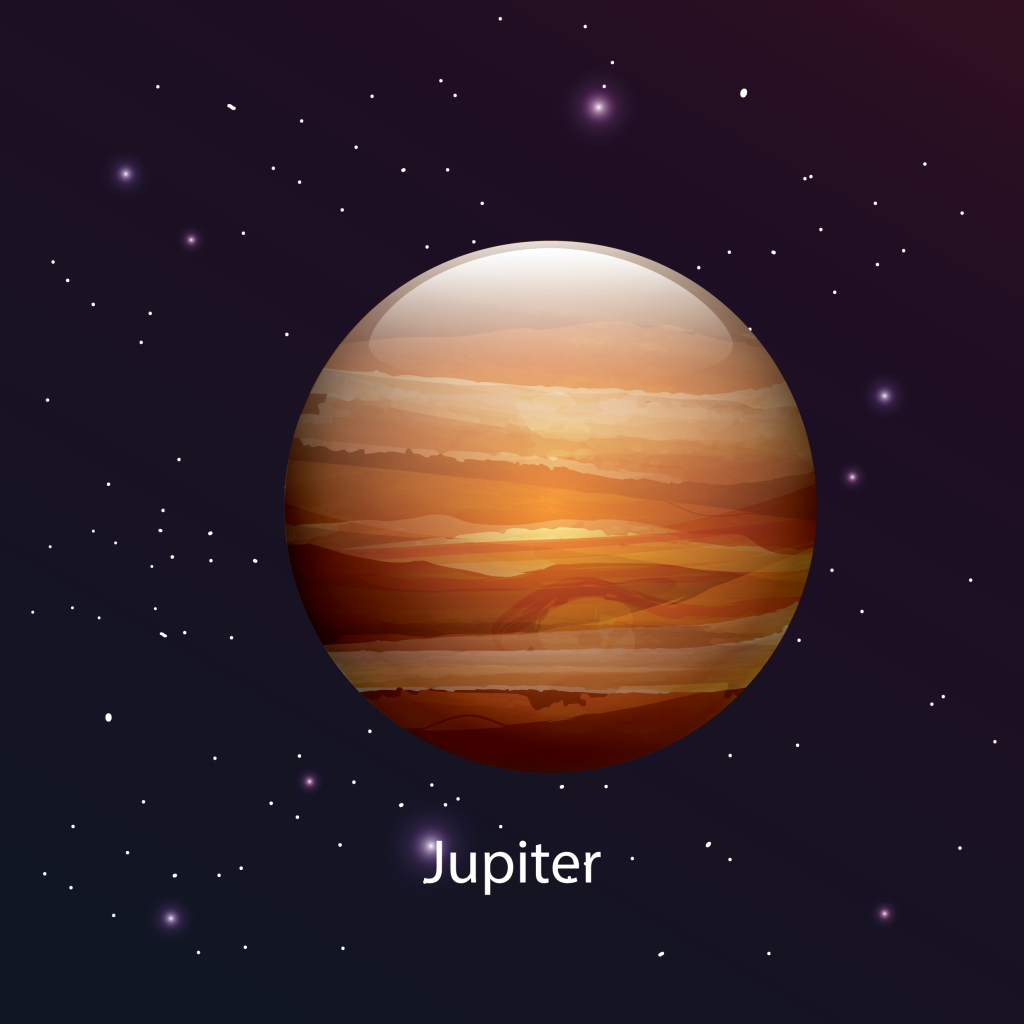 Jupiter’s interior is made of rock, metal, and hydrogen compounds

Below Jupiter’s massive atmosphere (which is made mostly of hydrogen), there are layers of solid hydrogen gas, liquid metallic hydrogen, and a core of ice, rock, and metals.

Jupiter’s moons are sometimes called the Jovian Moons; the largest of these are Ganymede, Callisto and Europa. Ganymede measures 3,273 miles (5,268 kilometers) across, making it bigger than Mercury!

Does Jupiter have Rings?

Jupiter has a thin ring system. Its rings are made up mostly of dust particles ejected from some of Jupiter’s smaller worlds during impacts from incoming comets and asteroids.

Have any Spacecraft visited Jupiter?

Yes, in fact 8 have gone to Jupiter. They are as follows:

There is actually a mission on its way to Jupiter called the Juno Mission. It is due to arrive in July 2016.

If you visited Jupiter you would be very heavy. If you weigh 70 pounds (32 kilograms) on Earth, you would weigh a hefty 185 pounds (84 kilograms). This is because it is such a large planet and therefore has more gravity.

The Earth could fit into Jupiter more than 1,000 times.

Jupiter has very colorful winds and nobody really knows why. Scientists believe that this is because of the combination of sulfur and phosphorous in the atmosphere.

But no one really knows why the swirls are always changing. Some believe the winds, and therefore the changes, are caused by the internal heat of the planet, while others think it’s because it rotates so fast.

Jupiter’s four largest moons, Io, Europa, Ganymede and Callisto were first observed by the astronomer Galileo Galilei in 1610, with a very early type of telescope.

Want to test your knowledge of Planet Jupiter? Then take our special quiz to find out how much you know! All answers can be found on this page.

Question 1: How many planets out is Jupiter from the Sun? (second planet, fifth planet, etc.)

Question 2: Why is Jupiter known as a “gas giant”?

Question 3: How many known moons does Jupiter have?

Question 4: Can you name three major moons of Jupiter?

Question 5: What is the surface temperature on Jupiter?

Question 6: How often does Jupiter orbit the sun?

Question 7: Who were the first people to discover Jupiter?

Question 8: What is the Great Red Spot?

Question 9: What is Jupiter’s interior made up of?

Question 10: What are Jupiter’s rings made up of?