Known for their signature black and white stripes, zebras are part of the Equidae or horse family. They are herbivores that can be found in various regions of Africa.

There are three species of zebras: plains, mountain, and Grevy’s. 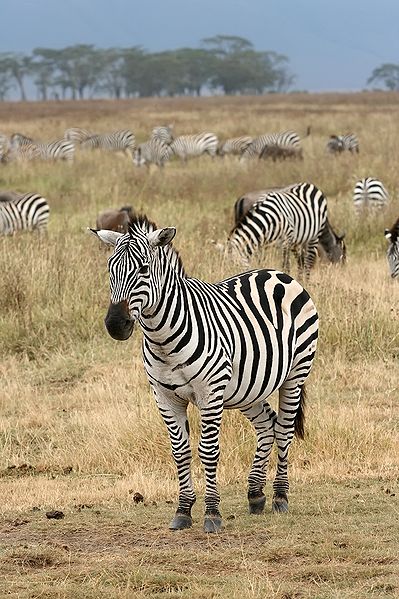 Zebras are native to Africa, with each species preferring a slightly different habitat.

Plains zebras can be found from South Sudan to South Africa. They prefer grasslands and can be found in some woodlands.

Mountain zebras can be found in Namibia and Angola. As their name states they prefer the mountains.

Grevy’s zebras can be found in Kenya, Ethiopia, and Somalia. They prefer grasslands and scrublands.

Zebras require a permanent source of water, though some can go up to three days between drinks.

Most zebras are nomadic, traveling in large herds to find water and food. The Grevy’s zebra is not nomadic and will stay within its territory.

Zebras are known for their stripes, but there is more to them than that. They are strong animals that can run up to 35 mph.

They have white and black stripes that act as a form of defense. The stripes help hide specific zebras from a predator, making it more difficult for one to be singled out.

Each species of zebra has a different width and spacing of stripe. The farther south you travel, the farther separated the stripes are. 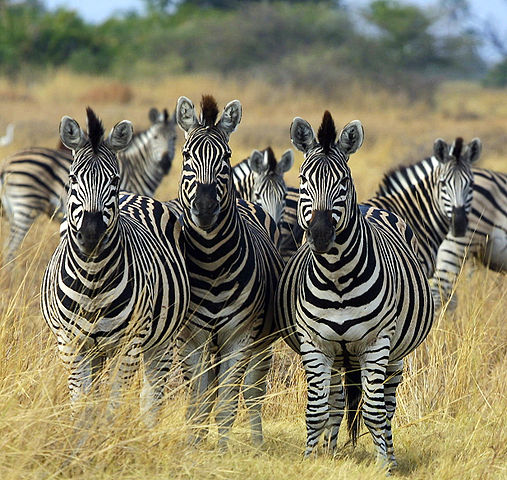 Much like a cheetah’s spots, a zebra’s stripes are unique to that particular zebra.

The Grevy’s zebra is the largest species of zebra and can weigh nearly 1,000 pounds and stand 5 feet tall to the shoulder.

The plains zebra is the most common zebra and also the smallest. Males can weigh up to 625 pounds and stand 4 feet to the shoulder.

The mountain zebra can be distinguished from the others due to a dewlap (a fold of loose skin) on its throat. It looks like an Adam’s apple.

Zebras are grazing animals that eat mostly grass, though they will also eat stems and leaves.

They graze for hours a day and use their front teeth to bite off blades of grass. Because they spend so much time chewing a zebra’s teeth keep growing their whole life.

The plains and mountain zebras are herd animals. Several families can join together to form a herd of several hundred zebras.

A family is usually lead by a male called the stallion. The stallion will stay towards the rear of a family and protect it from any predators that may arrive. 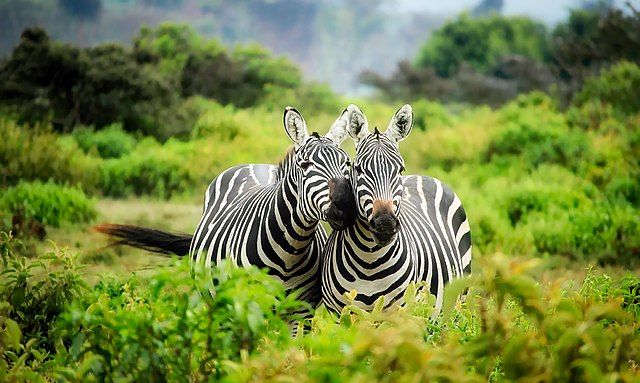 Zebras will groom each other, standing back to front. They scratch and pull loose hair from each other.

Zebras can live up to 25 years old. They become mature between 3 and 6 years old.

Females will give birth to one young at a time, with a pregnancy time of 12 to 14 months.

At birth a newborn zebra will weigh between 55 and 88 pounds. Newborn zebras can walk 20 minutes after birth. A zebra’s stripes are usually brown and white at birth.

It is vital that newborn zebras memorize their mother’s stripes. Mothers distance themselves from the herd so that the newborn can learn her stripes. A newborn zebra is dependent on the mother for food, and adult zebras do not adopt other zebras.