Red salamanders are stout-limbed amphibians found in North America. They are both aquatic and terrestrial.

Like all salamanders they are poisonous, though not to any level that is dangerous to human beings. Their toxic secretion acts as a deterrent to predators.

There are four subspecies of red salamander: Southern, northern, black-chinned, and Blue Ridge.

Red salamanders reside in the eastern United States, between New York to the Gulf coast.

There is a wide variety of habitats for red salamanders. They prefer cold, clear streams but will also venture into wooded or mountainous areas near water.

Adults will often live in burrows near streams or lakes. During the summer red salamanders prefer to live on land and will travel some distance from water. 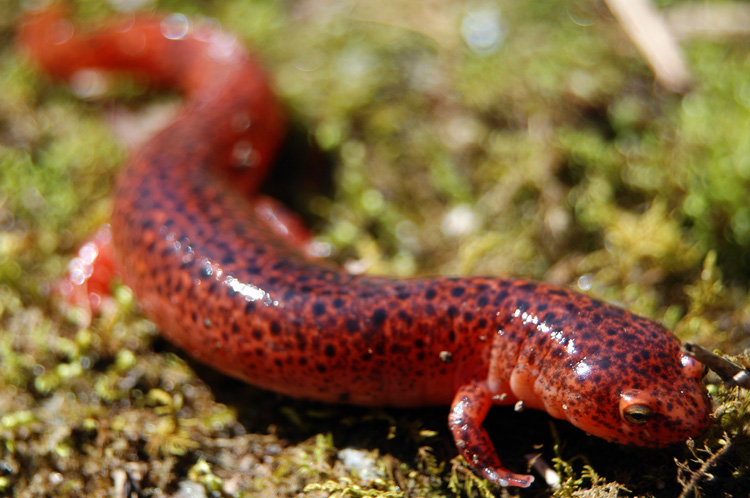 Red salamanders are not always red. They are their brightest when they are young, and their color fades as they get older. They have irregular dark spots on their backs.

Their coloring when young makes them look very similar to the red newt, which is very poisonous. This may be a defensive adaptation to protect from predators.

Red salamanders range in size from 4 to 7 inches. They have stout-limbs and a short tail. They have four toes on their front limbs and five on their back.

Red salamanders are carnivores and mainly eat earthworms, insects, and spiders. Some will eat other salamanders.

The tongue of the red salamander is their most dangerous weapon. They can extend their tongue in 11 milliseconds, shooting it from their body to catch their prey.

The range which a red salamander can hunt for food changes on the season. They may go further from their primary source of water during wet seasons. 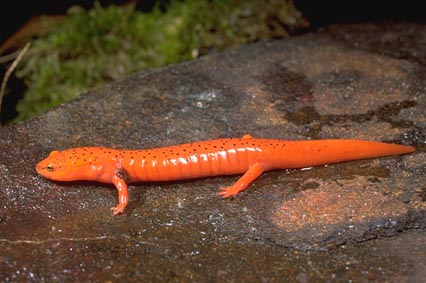 When threatened red salamanders will curl into a C shape. This shape allows them to wrap their tail and hind legs around their head.

Red salamanders secrete a toxin from their skin which protects them from some predators. The toxin is not dangerous to humans, but you should wash your hands if you touch any salamander as it could irritate your skin. 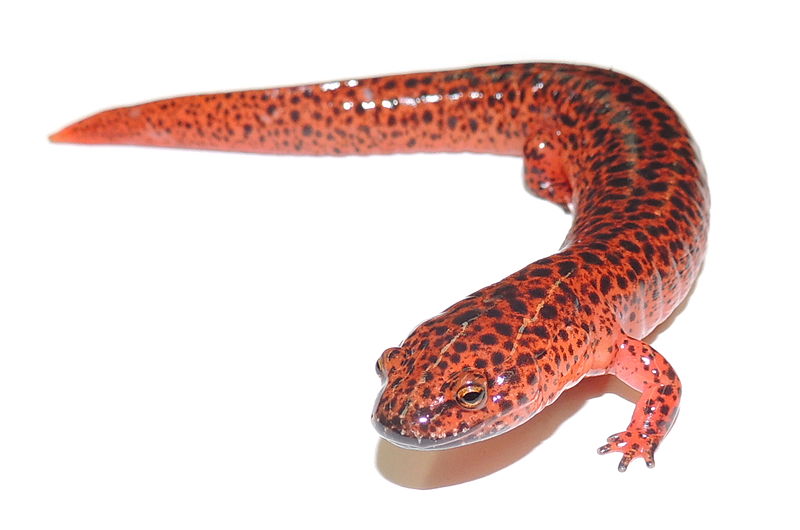 The courting season for red salamanders is from spring to fall. A female can lay her eggs several months after mating.

Red salamanders lay between 30 and 130 eggs, though typically it is around 70. The female will stay with the eggs, protecting them from predators. The larvae will hatch in early winter.

The larvae stage for red salamanders lasts for 2 years. The larvae live in the water and breath through external gills. After 2 years the larvae will grow legs and be capable of venturing onto land.

Red salamanders can live up to 20 years.

As they spend much of their time in the water, they are very susceptible to water pollution.