The red kangaroo is the largest member of the marsupial family. Marsupials are mammals that are usually carried in a pouch on the mother’s belly after being born. 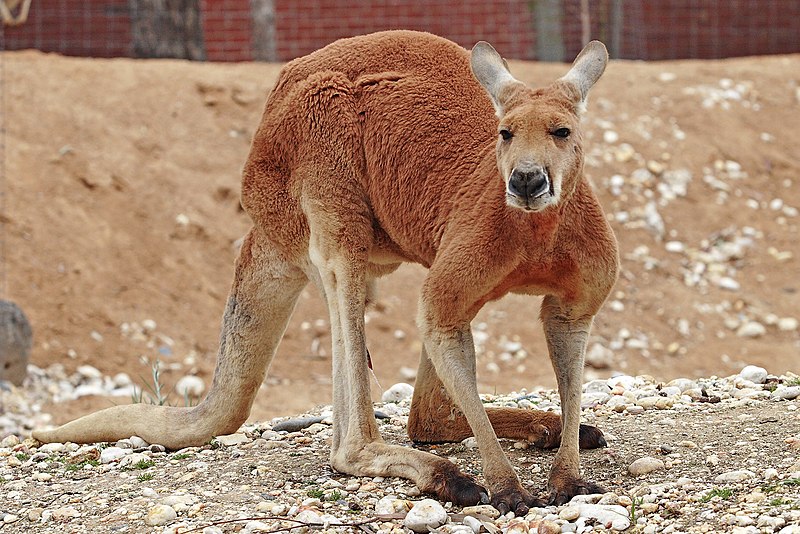 Most Red kangaroos live in groups, called “mobs”. A typically mob contains around 10 kangaroos. Most mobs reside in an area that is roughly 8 kilometers (5 miles) in size.

Red kangaroos usually grow between 3.25 to 5.25 feet tall, with a tail that is an additional 35.5 to 43.5 inches in length. Adult red kangaroos can weigh 200 pounds. The males are typically bigger and stronger than the females, though the females are usually faster. 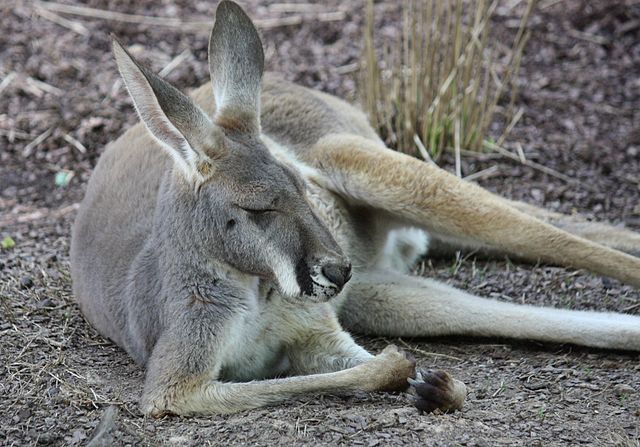 As you would guess, red kangaroos get their name from their short red-brown fur. Red kangaroos also have a white stripe of fur that runs from the corner of their mouth to their ear.

Red kangaroos have very large legs which help them to jump. These legs allow them to jump up to almost 6 feet in the air and cover a distance of 25 feet in a single leap.

Their legs aren’t only for jumping up high though, as red kangaroos can jump at a speed of 35 miles per hour.

Red kangaroos maintain a diet of grasses and shrubs. This diet allows red kangaroos to survive off of a very small amount of water.

In times of drought red kangaroos will relocate to the nearest water supply. Thousands of red kangaroos can share the same water source. Boxing kangaroos aren’t only found in the movies. Red kangaroo males will “box” each other to determine their social order. Males will lean back on their sturdy tails, and box each other with their forearms or hind legs.

There are believed to be around 11.5 million red kangaroos in the wild today.

At 2 years of age, red kangaroos are mature and can reproduce. A newborn kangaroo is called a “joey”. Newborn joeys are born hairless and blind.

Red kangaroos are pregnant for only 33 days, though they carry their joey in their pouch for the first 8 months of its life. Joeys will continue to suckle at their mother’s pouch until they are one year old.

Red kangaroos can breed at any time of the year. They will not give birth to a new joey until the previous joey has left the pouch. 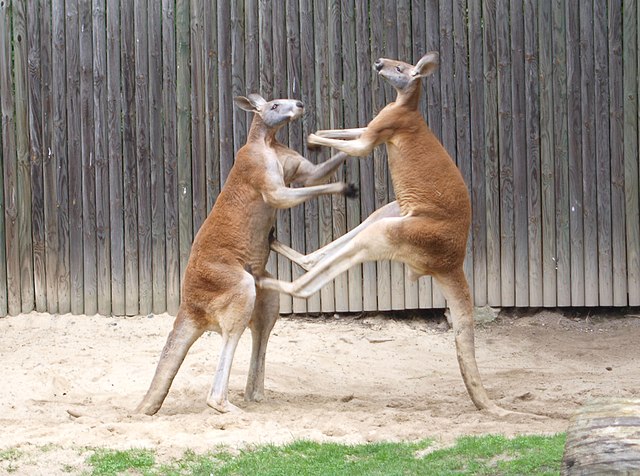