Police dogs are not a specific breed of dog, but they are a group of dogs that receives extensive training to perform as working dogs for the police.

Because many breeds of dogs are very intelligent, highly trainable, and enjoy working, they are quite common in law enforcement.

Dogs have become commonplace in police forces and the military for their unique abilities to smell, hear, and follow commands. They are great for helping solve crimes and even save lives. 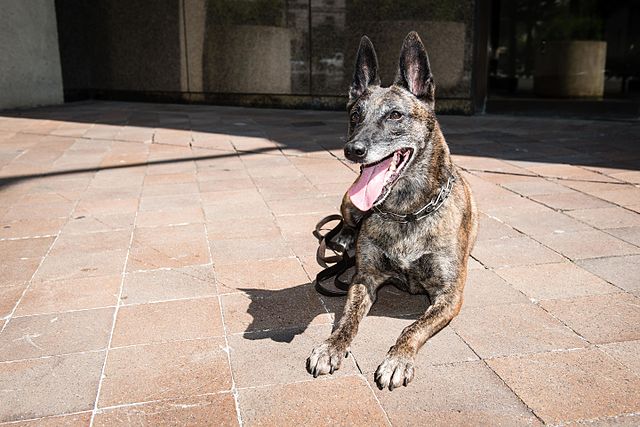 Police dogs are known to be very loyal to the police officers that they work with, and very protective. K-9 units of police forces (a play on the word canine, part of the Latin species name for dogs) are also known to be very attached to their police dogs.

What kind of work do police dogs do?

There are many different areas of jobs that police dogs can work on. It’s very common to have multiple dogs in a police force, each trained to work different jobs.

This is because they do better when they are highly trained for one specialty task.

Tracking dogs are trained to rely on their very strong senses of smell to search for missing people, perform search and rescues, and track criminals who might be escaping on foot.

Dogs that are trained to sniff out illegal substances are sometimes referred to as drug dogs, but they are trained to smell for all kinds of illegal and/or dangerous things, such as drugs or explosives. 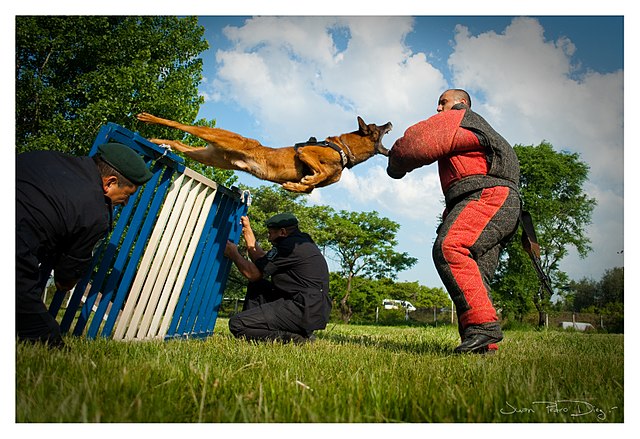 Bomb-sniffing dogs are also well trained in how to carefully and safely respond when they detect bombs or other explosives, whereas drug dogs will generally “alert” their handlers to drugs by moving around the area excitedly (because they have been trained to expect treats when they find drugs!)

Because of these substance detection jobs, it is very common to see these kinds of police dogs anywhere where police would want to search for dangerous substances, such as government buildings, schools, and airports.

Having drug and bomb sniffing dogs in the police force is important because they can tell quickly where drugs or explosives are, especially through containers (in luggage or in a pocket, for instance), so that officers don’t have to put themselves in danger when checking by hand.

Police dogs may also work in public enforcement, by guarding areas or by chasing down and holding an escaping criminal until the police officers can catch up.

It’s a good idea not to run from the police if they have a dog with them, because it will catch you!

Finally, there is another important job that police dogs sometimes do, which is looking for dead bodies. This is important when trying to look through crime scenes, and can help solve crimes.

While there isn’t one specific breed of dog that is a police dog, not all breeds are considered capable of receiving the extensive training and performing the job of a police dog well.

Generally, the types of dogs that police rely on are medium to large sized dogs (imagine a criminal being chased down by a 5 inch tall Dachshund!) that are very intelligent, respond well to commands, and bond with their police officers. 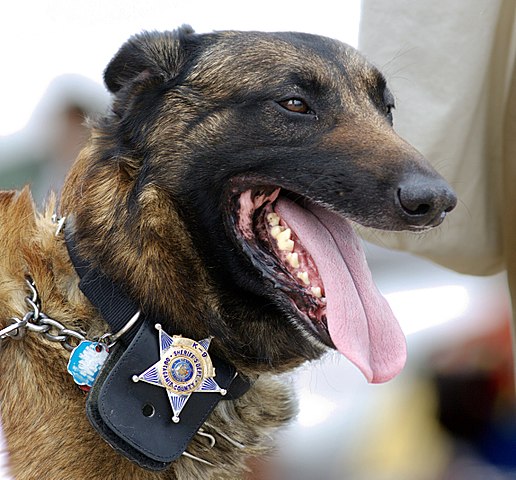 For these reasons, the most common types of dogs that become police dogs are German Shepherds, Bloodhounds and Beagles. These dogs start receiving their training from a very early age.

When police dogs retire from their services, they continue to live at home with their police officer.

This is because the police officer that works with a police dog also owns the dog as a pet and takes very good care of it, forming a very close bond.