At first glance, lionfish look beautiful and delicate. However, these predators can actually be very dangerous, not only to other fish but even to humans! Let’s take a look at this fascinating fish. 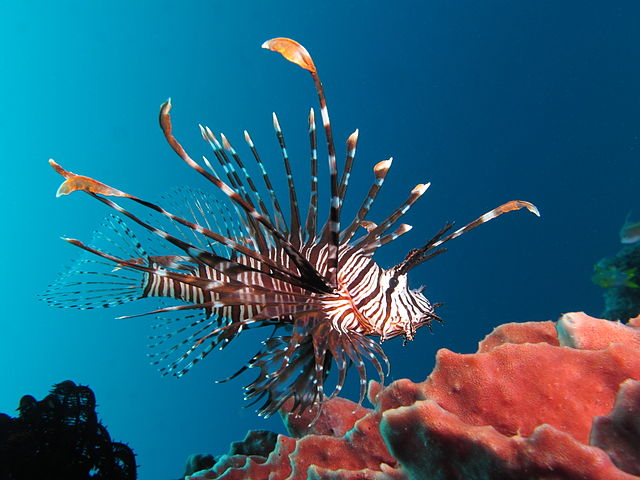 Lionfish are quite an interesting sight, with maroon and white stripes all over their bodies. They have many spines and tentacles protruding from their heads and bodies, which look a bit like a lion’s mane. They are also covered in cycloid scales, which is a type of scale with smooth edges shaped like an oval. 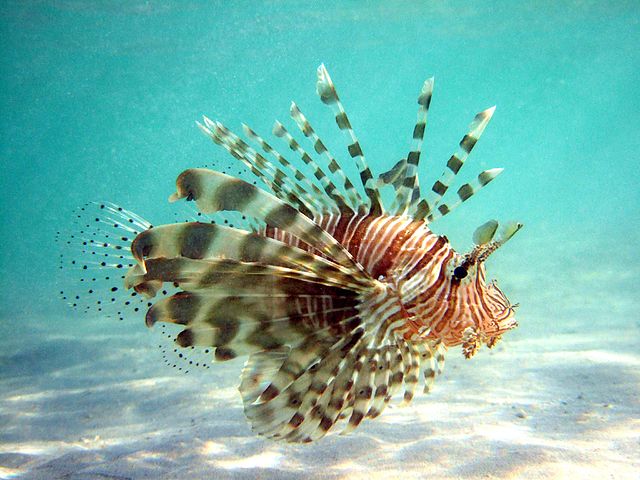 More recently, lionfish have also been spotted in other areas such as along the coasts of the United States. The first sighting was in 1985 off the coast of Florida. Now, they are commonly known to be living in the Atlantic Ocean.

Lionfish are what’s called an invasive species. This means that now that they have spread to new areas, such as the Atlantic Ocean, it is very hard to ever get rid of them. Although lionfish are interesting and beautiful, this can be a bad thing because sometimes a non-native species can harm the environment for the other fish and creatures who were already living there.

Lionfish are carnivores, which means they eat mostly meat instead of plants. They eat smaller fish including snappers and groupers. Part of the reason they can be harmful when introduced to a new environment is that they eat the same types of fish as other major predators who were already living there. 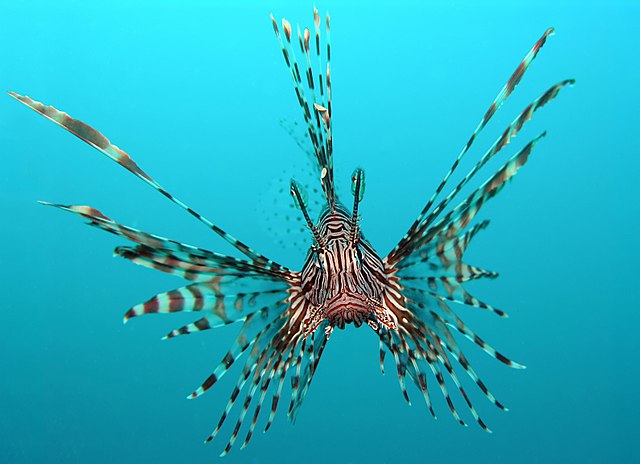 Lionfish are nocturnal hunters, which means they relax and rest during the day and do their hunting at night. They can sometimes be seen moving around during the day, but more often spend their time laying low between rocks and reefs.

When lionfish hunt, they can catch their prey by trapping it. They use their many fins to corner the prey and then close in. This strategy makes them very dangerous predators to smaller fish living in their environments.

In the Atlantic Ocean, there are no known predators who hunt and eat lionfish. This is why they are able to reproduce and spread so easily even though it isn’t their native habitat. This also means they are at the top of the food chain.