There are many types of dogs that can claim to be very popular in the various parts of the world, especially since dogs are in general very popular pets.

However, the single most popular breed of dog in homes in the United States is the Labrador Retriever. 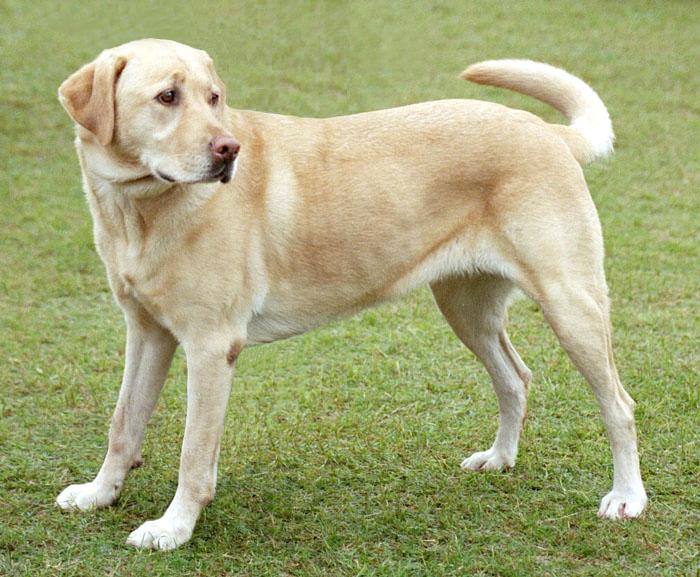 Their coats are short haired and sometimes wiry. They shed their fur when necessary, so they do not need regular trimmings.

Labrador Retrievers are considered very large dogs. They can weigh anywhere between 55 to 80 pounds.

Labrador Retrievers originally come from Newfoundland and Labrador, Canada, and they were first bred to serve as hunting dogs.

They were bred to help hunt for ducks and other birds, like Golden Retrievers. Because of this, they are excellent swimmers and retrievers.

Labrador Retrievers became popular in the early 1800s, when English visitors to Canada discovered them being bred there and brought them back to Europe.

Labrador Retrievers became the number one pet in the United States due to their easygoing nature, gentle and friendly temperament, and how easy it is to care for them.

In many ways Labrador Retrievers are very similar to Golden Retrievers, and both breeds are known to be very friendly with strangers, making them excellent gentle pets but terrible guard dogs.

In fact, this friendly and gentle temperament in Labrador Retrievers is so expected of them that they are not considered true members of the breed if they present with any other temperament. 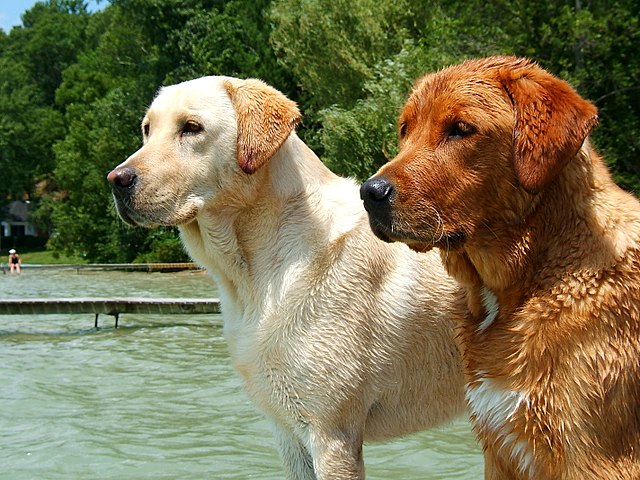 Taking care of Labrador Retrievers requires a lot of time spent training, a lot of exercise and physical activity, and a lot of attention.

They are very smart and loyal, but they have very high energy and need attention, otherwise they are likely to develop separation anxiety, which can lead to things being destroyed in the house.

Other concerns to consider before adopting a Labrador Retriever include their shedding, which can be quite a lot because they keep their fur very short.

They are also prone to health conditions like hip dysplasia, other joint problems, and cancer.

Labrador Retrievers are very excitable when it comes to food, so it is very easy for them to become overweight, which can lead to heart problems.

Typically, Labrador Retrievers can live between 12 and 14 years, and are in general quite healthy.

Famous Labrador Retriever owners include Bill Clinton, former president of the United States who owned two while living in the White House.

A Labrador Retriever is also the Michigan State University mascot.