Horses are some of the most beloved animals in the world. They can be found in books, movies, video games, and as cuddly stuffed animals.

You’re most likely familiar with horses, but there’s probably a lot about these animals you don’t know. Let’s find out! 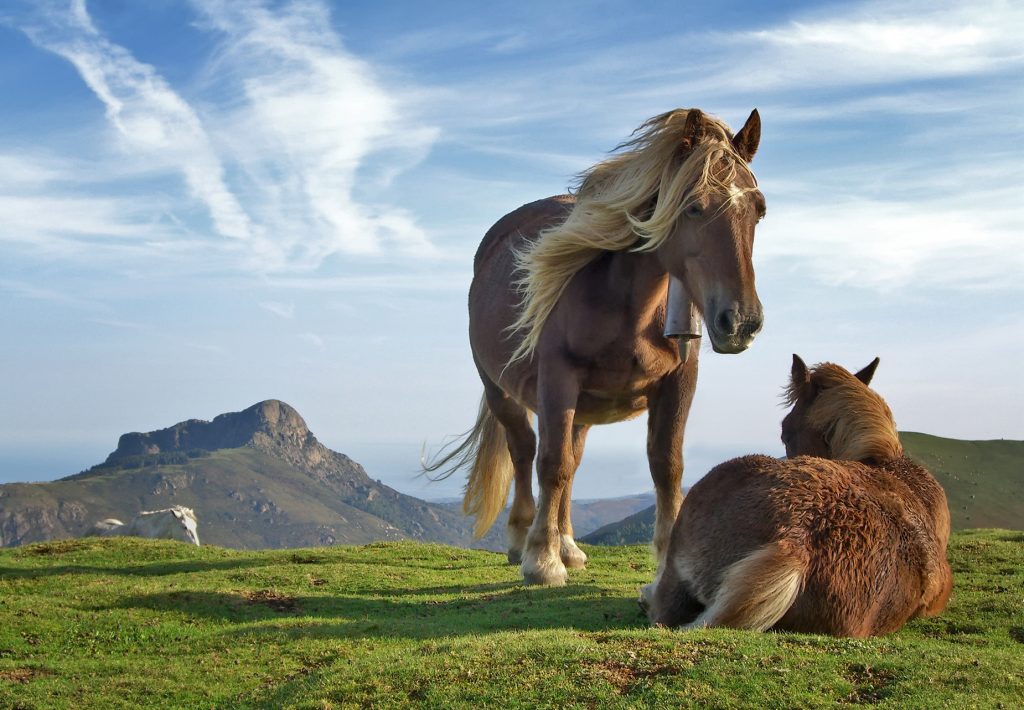 Horses are classified as ungulates (mammals with hooves). There are over 400 breeds of horses.

Horses have muscular bodies and long, thick necks. Short hair covers most of a horse’s body, but they have long, silky hair in their tails and manes.

Horses also have the largest eyes of any land mammal. Their eyes are located on the sides of their heads and can move independently.

This gives horses nearly 360-degree vision. However, they have blind spots directly behind and directly in front of them. 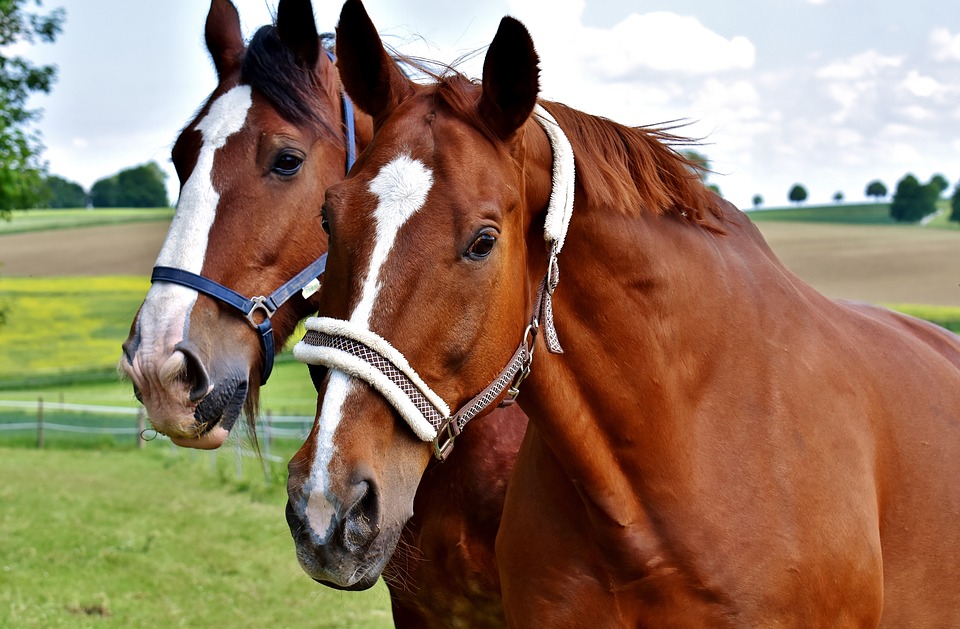 Horses come in a variety of colors. These include brown, black, white, red, golden, and gray. Horses can also have patterns and spots instead of a solid coat.

Where do horses live?

Today, horses are found on every continent except Antarctica. It is believed that horses first lived in North America, then spread to Asia and Europe.

Horses were first domesticated in Asia many years ago. They were used for milk, meat, and animal transportation.

After being domesticated, horses gradually spread around the world.

Although horses are usually owned by people and found on farmland and pastures, there are still horses running free in various areas worldwide.

What do horses eat?

To get more nutrients, many domesticated horses are also given blocks of salt or minerals to lick.

Most horses eat one or two percent of their body weight each day. To get enough food, horses must graze many times throughout the day. 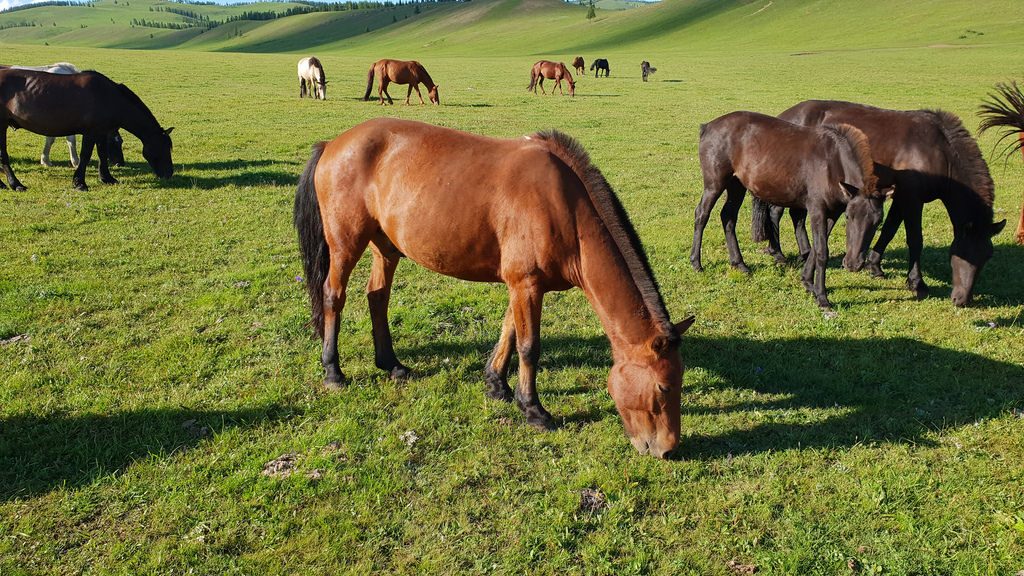 In the wild, horses live in herds of three to 20 animals. Each herd is led by a stallion (mature male) and includes mares (females) and their foals (baby horses).

When male foals are about two-years-old, the stallion chases them away from the herd.

The young males then form their own herd until they can find females to lead.

Mares are pregnant for eleven months before giving birth to a foal. A mare gives birth to only one foal per year.

The foal can stand and even run soon after being born. It becomes mature around two or three years of age.

Horses can express emotions through movements of their ears and nostrils, as well as through facial expressions. They communicate through neighing and whinnying, whines, roars, and snorts. They usually only sleep for three to four hours each day. This sleep does not happen all at once; they take naps of 10-15 minutes throughout the day.

The world horse population is estimated at around 58 million. That’s a lot of horses!

Still, there is only one type of truly wild horse. Most “wild” horses are the descendants of domestic horses who have roamed free for many generations.

The only wild horse who was never domesticated is the Przewalksi’s horse.  The Przewalkski’s horse is considered critically endangered, with about 2,000 alive today.

Other Interesting Facts About Horses