Many people tend to use the terms hare and rabbit interchangeably. While they are related to each other, hares and rabbits are different animals.

Hares tend to have longer ears and longer legs than rabbits. They also tend to be larger than rabbits in overall size.

There are 30 species of hares. 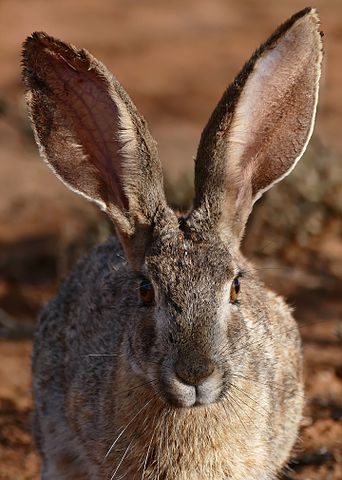 Hares are highly adaptable animals that make a variety of regions their homes. They prefer to live near farmland because of the availability of food. Hares can also be found in grasslands, deserts, and the arctic tundra.

Hares are native to North America, Europe, Asia, and Africa. They have been introduced into South America, New Zealand, and Australia, where they are often considered pests.

Hares are generally larger than their rabbit cousins. Most hares are between 14-28 inches tall and weigh between 3-12 pounds.

The hare is one of the fastest small animals in the world. Its large hind legs let the hare reach speeds of 45 mph.

Most hares are brown-gray in color. Some of the hares that live in the far north turn white during the winter time to blend in with their surroundings.

The hare’s extra-large ears allow it to better hear if predators are nearby. Hares are herbivores. Their diet is made up mostly of plant matter, such as grass. They will also eat insects, fruits, and vegetables.

Hares tend to be quite docile. They spend much of their time looking for food.

A group of hares is called a drove.

Hares will engage in a form of boxing. They will strike each other with their paws in order to determine mating dominance.

Like their rabbit cousins, hares are known for having a very high rate of reproduction. They have multiple litters each year, with an average of six hares per litter.

A baby hare is called a leveret. Leverets are born with their eyes open and fully furred. They can hop and take care of themselves within a matter of minutes.

Hares have been hunted by human beings for fur and meat for thousands of years. They are also hunted by humans as many see them as pests that eat agriculture. 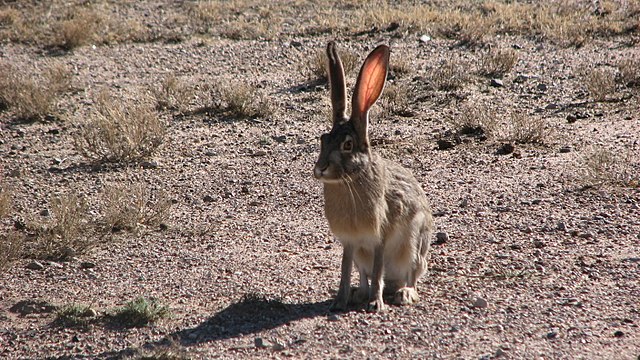