The grasshopper is an insect that hatches from an egg into a nymph and will shed its skin many times before becoming a fully-grown adult. It doesn’t have a pupa stage. These insects live everywhere around the world except in areas of extreme cold like the north and south poles.

As an insect, the grasshopper has 6 legs, a head, thorax, and abdomen. It has an exoskeleton (hard covering) to protect its insides. It has 2 antennae. They have 2 pairs of wings attached to the thorax; the back wings are large and the front wings are hard and small. They have chewing mouthparts like their relatives – the katydid and the cricket. 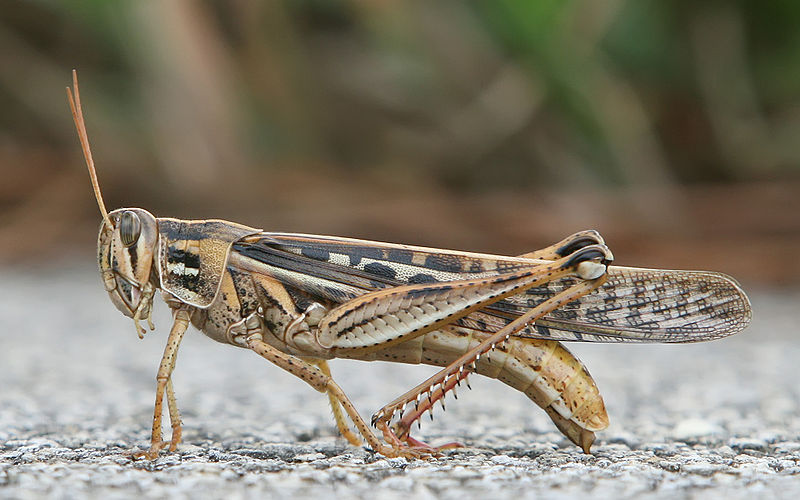 The two rear legs are extraordinarily large so they can jump up to 20 times their body length. The hind legs act like catapults – they bend their legs at the knee and seem to relax and then they leap into the air like a released spring. As well, while they are airborne, they can use their wings to fly to escape predators.

Another defence that grasshoppers have is that they can spit a brown liquid to discourage a predator from eating them. It seems that some predators find this disgusting and will leave it alone.

It is estimated that there are 11,000 species of grasshopper. They can be almost any color – brown, yellow, reddish-brown, green, greenish-brown, and even striped. They are often colored according to their habitat in order to camouflage themselves to hide from predators, such as birds, spiders, lizards, and beetles.

Grasshoppers are herbivores. That is, they eat leaves of plants, grasses, and cereal crops. When they swarm, especially locusts, they can consume a farmer’s entire crop. In just the United States, they cause more than $1 billion in damage to crops and grasslands every year.

Grasshoppers are similar to locusts and crickets. While grasshoppers and locusts are herbivores, crickets are omnivores, meaning they eat other bugs as well as plants. 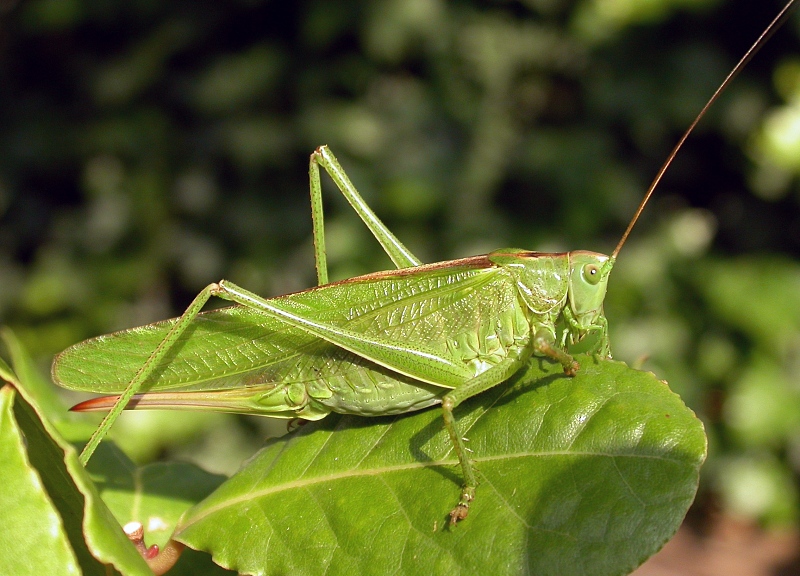 Grasshoppers ‘hear’ with their abdomen. Under the wings are membranes that vibrate when sound waves hit them. This is the simplest type of eardrum called a tympana. They sense or feel other insect sounds and other grasshoppers rather than hear them. Crickets ‘listen’ with their legs.

Many people eat grasshoppers as they are an excellent source of protein. People in remote areas in Africa, Central America, and South America eat insects, including grasshoppers because they don’t have access to other sources of meat. 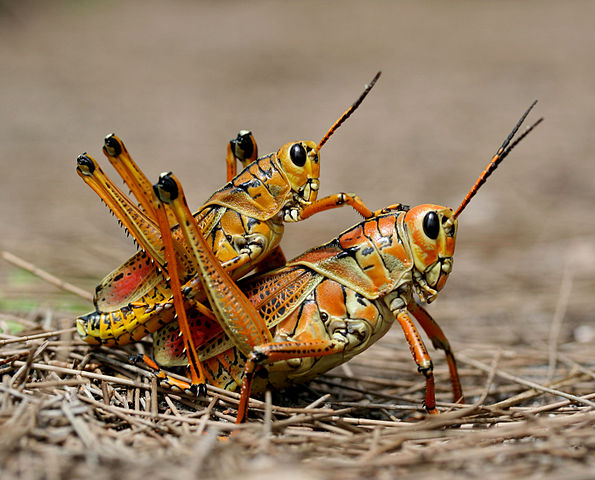