Goldfish are the most popular type of pet fish, but did you know they have a fascinating history?

They are descendants of the Prussian carp. In Ancient China during the Song Dynasty, people started to breed silver-colored carp.

A few of the fish were born with a beautiful orange-yellow or golden color. People loved the color and began breeding the golden carp with other golden carp to produce more of the colorful fish. 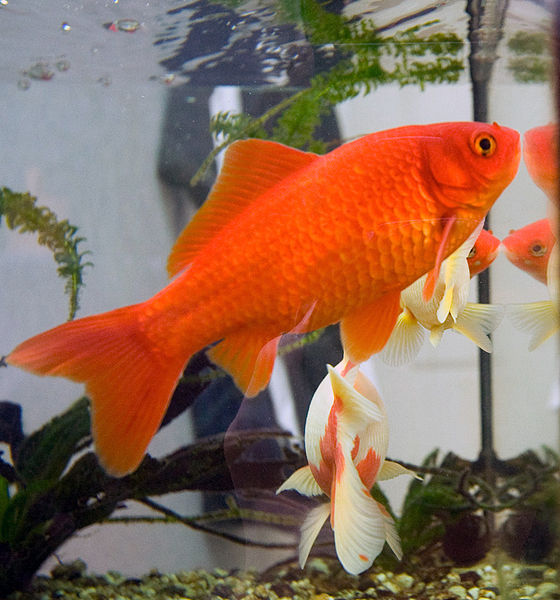 This new breed of carp became tremendously popular, even with the royal family. They became known as goldfish.

The goldfish were eventually traded to Japan, Europe, and America. Other color mutations occurred, like red, white, brown, black, and combinations of these colors.

Today, domestic goldfish can be found around the world. There are more than 125 captive-bred varieties of goldfish.

The Common Goldfish has a flat body, a wide head, and large eyes. Its tail fin is forked.

The color of a domestic goldfish can be almost any combination of yellow, orange, red, white, brown, and black. In the wild, goldfish are usually olive green or silver.

Instead of true teeth, goldfish have teeth in their throat that they use to crush food.

Goldfish usually range from 5-10 inches in size, but some have grown up to 24 inches! Goldfish in the wild are generally bigger than domestic goldfish. 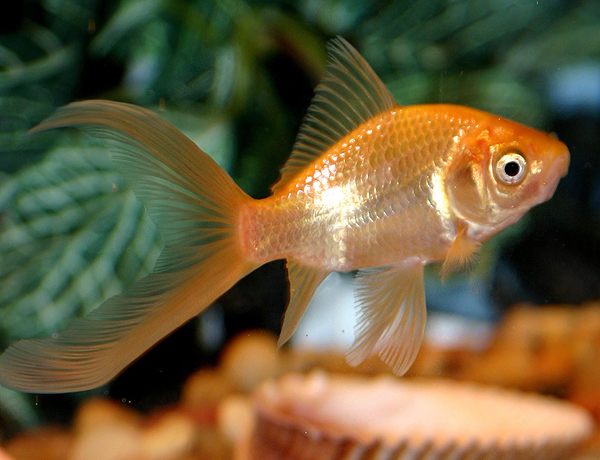 Where do goldfish live?

Goldfish are freshwater fish who prefer cool water. They like water that is slow-moving, calm, and often thick or muddy.

Although they are native to eastern and central Asia, goldfish can now be found in Europe, South Africa, Madagascar, and the Caribbean.

They have been introduced to almost every state in the United States, and some have surfaced in Australia.

Of course, many goldfish live in aquariums and small private ponds.

What do goldfish eat?

Most pet gold fish do well with standard pellet fish food and occasional vegetables. However, some need supplements like shrimp or worms, or they will develop intestinal problems.

In the wild, goldfish often travel in groups. They are social fish and are not aggressive.

However, goldfish can be very damaging to the ecosystem in habitats where they are not native. They eat everything and reduce the presence of aquatic plants. In the wild, they grow very large and can quickly overpopulate an area. 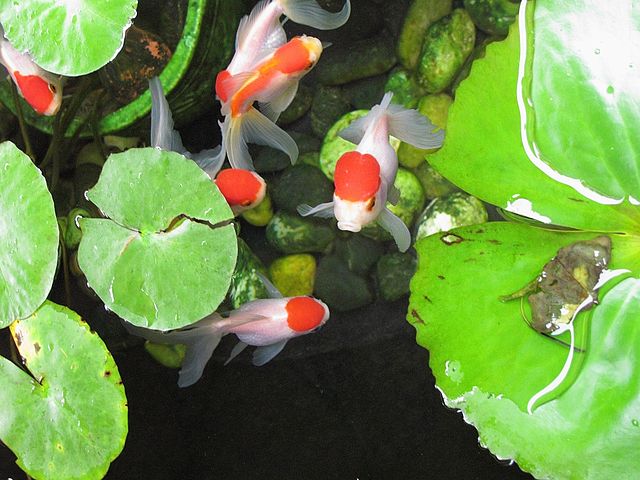 Goldfish then outcompete native fish for food sources and sometimes introduce diseases to native fish populations. Maybe that’s why a group of goldfish is called a “trouble.”

Female goldfish lay about 25 eggs at a time, usually in late May or early June. They lay eggs when the water is warm, so they may lay eggs multiple times a year in warmer climates. Some females produce as many as 40,000 eggs a year.

The eggs hatch after five days. It takes a few days for the new goldfish to learn to swim well.

Other Interesting Facts About Goldfish