Elephants are some of the largest animals roaming the planet. They are intelligent, social creatures with excellent memories.

Let’s learn some more memorable information about elephants! Also be sure to try our quick quiz to check you are learning along the way!

African elephants are the largest land animal in the world. They can weigh up to eight tons.

Asian elephants are smaller and weigh closer to six tons.

The trunk of an adult African elephant is seven feet long!

Elephants use their trunks to smell. They also use them to drink water. To stay cool in the heat, elephants use their trunks to blow water and dust onto their bodies.

Where do elephants live?

African elephants can be found in tropical grasslands called savannas. They are located in 37 different countries south of Africa’s Sahara Desert.

Some African elephants also live in the rainforests of central and west Africa. 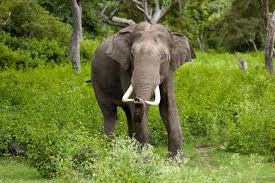 What do elephants eat?

Elephants are herbivores, which means they eat plants. Their favorite foods include roots, bark, bamboo, leaves, and grass.

They also enjoy bananas and sugarcane. Adult elephants can eat up to 300-400 pounds of food a day!

Elephant herds are matriarchal, meaning they are led by females. They form herds of 8-100 related females and their babies, called calves.

The oldest female in the herd is the leader and is called the matriarch.

When a calf is born, the entire herd cares for and protects it. Female elephants are pregnant for 22 months. They usually have one calf at a time.

Males leave the herd between the age of 12-15. At this point, they live alone or temporarily in a group of males.

To communicate across long distances, elephants produce a sub-sonic rumble. The rumble travels very quickly through the ground.

Other elephants receive the message through the skin on their feet and trunks.

Try this quiz on elephants to find out what you know so far!

Some African elephant populations are still growing today, especially in southern Africa. But in other areas, like East Africa and central Africa, populations are declining. In total, there are about 415,000 elephants left in Africa. They are considered vulnerable but not endangered.

On the other hand, Asian elephants are endangered. Their numbers have been cut in half over the last three generations and are continuing to decline.

Elephants need large amounts of food, water, and space to survive. This is one reason some populations are struggling for survival.

They are also illegally hunted by humans, especially for their ivory tusks. 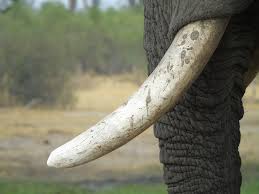 Other Interesting Facts About Elephants 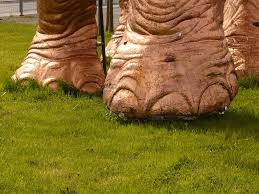 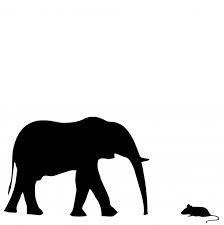